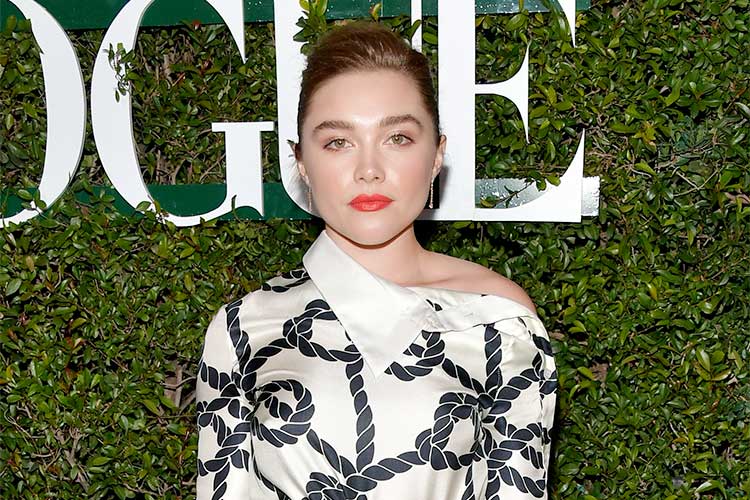 Pugh has reportedly been on the list for this second lead role since last fall, but Marvel wanted to open up the field to other actresses at the beginning of the year.

After meeting with several candidates, the studio zeroed back on Pugh after she drew strong reviews for the comedy-drama “Fighting With My Family”.

Cate Shortland is on board to direct, with Jac Schaeffer writing the script. The film has been in development for a while, but picked up momentum last year after Schaeffer got hired. Kevin Feige is producing it.

Florence Pugh is an English actress. She made her professional acting debut in the mystery film The Falling and had her breakthrough with a leading role in the independent drama Lady Macbeth. Her performance as an unhappily married woman in the latter won her the British Independent Film Award for Best Actress.

In 2018, Pugh portrayed Elizabeth de Burgh in the Netflix historical film Outlaw King (2018), and played a 1970s actress involved in espionage in the television miniseries The Little Drummer Girl (2018).

The following year, she starred as WWE wrestler Paige in the sports film Fighting with My Family (2019).

Pugh was born and raised in Oxfordshire. She lived in Andalusia, Spain for part of her childhood. Her father, Clinton Pugh, is a restaurateur in Oxford and her mother, Deborah, is a dancer and dance teacher. Pugh has three siblings, including actor and musician Toby Sebastian and stage actor Arabella Gibbins.

Her first school was in Sotogrande in Spain. Her love of accents and comedy was first displayed aged 6 at Cokethorpe Juniors: cast as Mary in a Christmas nativity she decided to play her as having a broad Yorkshire accent. More lead parts followed at Wychwood School (2007–2009) and at St. Edward’s School, Oxford.

Pugh made her professional acting debut in mystery drama The Falling (2014), in which she played a precocious teenager opposite Maisie Williams, while still in school.Tara Brady of The Irish Times labelled her “remarkable” and Mike McCahill of The Daily Telegraph took note of how well she conveyed her character’s “teen-queen bearing with the vulnerability of one still unsure of her own body”.

Pugh was nominated for Best British Newcomer at the 2014 BFI London Film Festival and for Best Young British/Irish performer by the London Film Critics’ Circle. In 2015, Pugh played her first lead role in the television film Studio City, co-starring Eric McCormack. The following year, she starred in the independent drama Lady Macbeth and had a recurring role in the first season of the ITV detective series Marcella.