With Christian Siriano ‘Project Runway’ will have Maryland flair - GulfToday

With Christian Siriano ‘Project Runway’ will have Maryland flair 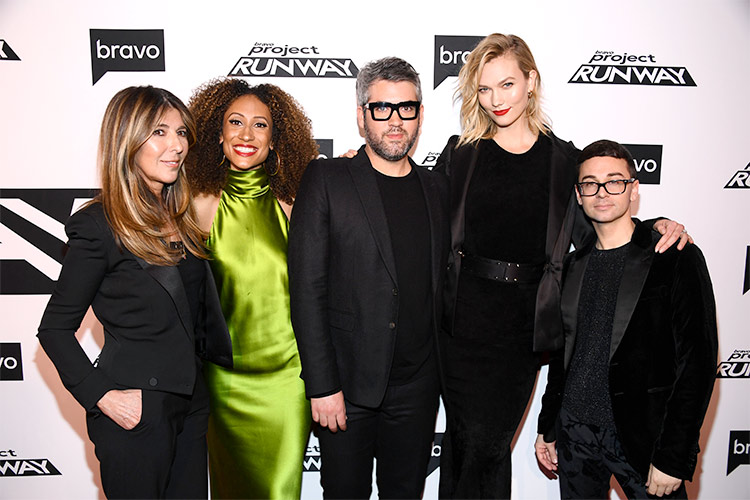 It has already been a whirlwind 2019 for designer Christian Siriano.

After unveiling a Fall collection at New York Fashion Week where the likes of Debra Messing, Mariska Hargitay, Christina Hendricks, and Christina Ricci drooled over his futuristic-inspired frocks, Siriano had arguably the most-talked about red carpet moment at The Academy Awards. Actor Billy Porter, one of the lead actors from the drama “Pose,” wore a black velvet tuxedo top and larger than life black ball gown with an oversized black bow and exposed white ruffled cuffs — all courtesy of the Annapolis-native designer.

“I’m so glad the world got to see that fashion is for everyone from all walks of life and there should be no rules or limitations based on who you are or where you come from,” Siriano later said.

Siriano, 33, hopes he can take his real-life career experiences and inspire the new crop of competitors this season on “Project Runway” when he returns in the mentor role made famous by Tim Gunn, who left in September with host Heidi Klum for a new fashion reality series with Amazon Prime Video.

“Hopefully, I can help them,” Siriano said.

Siriano returning to “Project Runway” as a mentor — he won season four in 2008 of the show — means that this season will have some serious Maryland flair.

Baltimore-based designer Bishme Rajiv Patrick Cromartie will be one of the 16 competitors this season.

Cromartie, the 28-year-old known for his avant-garde, geometric shaped women’s wear, brings a wealth of experience to the season. In addition to dressing the likes of celebs such as Dascha Polanco, Jill Scott, K. Michelle, and Eva Marcille, Cromartie has amassed a considerable social media presence with 21,000 followers on Instagram. He has shown his collection at LA Fashion Week. And his designs have been featured in Vogue Italia and Elle Vietnam.

“It was amazing,” Cromartie said about the “Project Runway” experience. “You just roll with the punches. You appreciate it so much. This is a huge opportunity.”

The addition of Siriano is just one of the many changes coming to the Emmy Award-winning reality show, which attempts to find fashion’s newest design star through a series of design challenges that tests the creative abilities and star potential of the show’s contestants. This season’s redesigns brings supermodel Karlie Kloss onboard to fill the role of host, which was formerly held by Klum. Mainstay judge Nina Garcia is back with a new judging panel that includes: fashion editor Elaine Welteroth and designer Brandon Maxwell.

“I like the idea of this reboot. I like the idea of changing it and making it more fashion focused. I love Karlie (Kloss). I thought it was going to be amazing. It’s all like a great mix at once,” Siriano gushed.

Since the series debuted on Bravo in 2004, “Project Runway” has become an international phenomenon. The show has launched the careers of a slew of designers including Austin Scarlett, Leanne Marshall, Michael Costello, and Kara Saun. The show also made household names of Garcia, Zac Posen and Gunn. The show jumped to Lifetime from 2009 to 2017 before returning to Bravo this season. The show found itself wrapped in uncertainty following the Harvey Weinstein — he was an executive producer — controversy. The show was eventually swooped up by the new stewards of the Weinstein Co. and returned to Bravo.

“Obviously, everything is different: new mentor, new judges, new sets. The contestants are so talented. The CFDA (Council of Fashion Designers of America) is involved, which is amazing for the winner,” Siriano said. This season will feature an increased grand prize of $250,000 up from $100,000, as well as guest stars that include rapper Cardi B. and model Kendall Jenner. “The new challenges reflect a little more what’s happening in our world. We have the first trans model on the show. We talk a lot about celebrating diversity in people. It’s really good. It’s a really well developed season. I think it will be exciting.”

Cromartie is also a fan of all the changes.

Cromartie and Siriano said that viewers will see plenty of nods to Maryland throughout Cromartie’s storyline.

Siriano added: “He (Cromartie) definitely talked about it. We had some challenges in the whole season that focus on where people come from. He always referenced that in his work. That was really nice to see.”

Cromartie, who got his name after his mother heard “Bishme” and fell in love with it, made quite an impression on Siriano.

“He’s great. Super, super talented. Really, really good,” Siriano recalled. “Everyone is really interesting this season. Everyone comes from interesting walks of life. Bishme obviously is more self-taught, which was nice to see.”

It’s been a long road for Cromartie, who said he tried out for the show at the age of 21.

The 2010 graduate of Reginald F. Lewis High School learned to design on his own. He started sketching at 7. His aunt taught him how to sew at 9. And he learned the rest from books. Cromartie used being rejected from the Fashion Institute of Technology in New York as fuel and has been building his brand ever since.

Project Runway shows that all his hard work has paid off, according to him.

“All I could do was tear up from excitement from hearing the news,” he said, recalling being contacted by the show’s producers this past summer at the end of a long day during which he met with “endless” clients. “I was crying because it was something I had been praying and waiting for.”

The season filmed in October in New York City.

Siriano recalled that he had just wrapped up his September collection during New York Fashion Week prior to filming the show.

“They just kind of asked me if I wanted to be involved,” Siriano recalled. “It was a really quick, fast situation. I was just finishing a show or a collection and I wasn’t really thinking about anything. It kind of just came along.”

Siriano said he spoke with Klum at the beginning of the process.

“Heidi was so amazing,” he said. “She sent me this huge thing of flowers. She was so lovely. I haven’t seen Tim in a while. I hope I get to see him soon.”