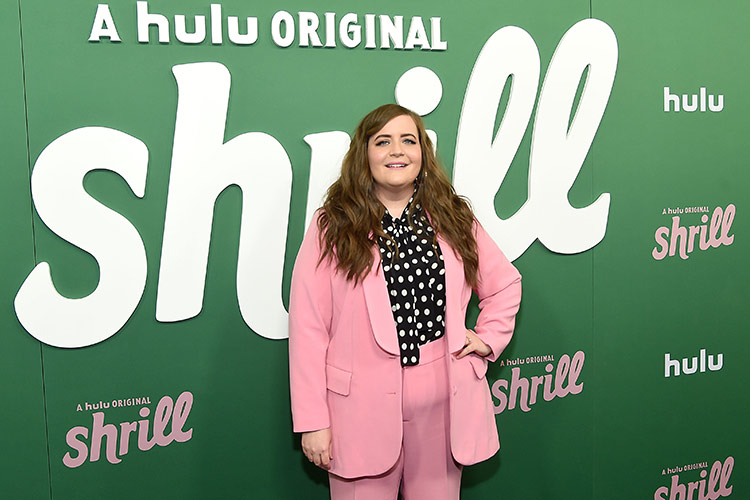 Long relegated to providing comic relief or playing supporting parts, plus-size actresses are finally getting their due with juicy front-and-centre roles in a sign of shifting attitudes towards diverse body types.

New Hulu series Shrill, which debuted Friday and is adapted from the best-selling autobiography of Lindy West, is the latest example of studios willing to depart from the tried and tested formula of slender leading ladies who have dominated the small screen since its creation.

To be sure, curvy actresses like the Oscar-winning Octavia Spencer and Mo'Nique, or hip hop icon Queen Latifah, blazed an early trail starting more than decade back with a string of starring film and television roles.

In more recent years, Chrissy Metz has gotten attention for This Is Us, Danielle Macdonald starred in the Netflix movie Dumplin, while in cinema, Rebel Wilson Pitch Perfect and Melissa McCarthy (Spy, Ghostbusters) have made themselves regular fixtures.

"I think the American public, and probably the public in general, is not used to seeing fat women on TV," Aidy Bryant, the star of Shrill who has been a regular on late night comedy show Saturday Night Live recently told Elle magazine.

"I do think we are starting to see somewhat of a shift," said Rebecca Puhl, a professor at the University of Connecticut where she is deputy director Rudd Center for Food Policy and Obesity.

Heavier actresses are also taking on new types of roles.

"I think the American public, and probably the public in general, is not used to seeing fat women on TV

"In the past, people with obesity were often cast in more of that comedic role than a serious one," said James Zervios, of the Obesity Action Coalition, which fights against weight bias.

"As of very recently, we have begun to see people with obesity, such as Chrissy Metz, cast in more dramatic roles."

But, he adds, the progress is more marked for women than it is for men, who struggle to find leading roles outside of comedic performance.

According to Puhl, research conducted by her institution has found decades worth of evidence documenting weight stigma in the entertainment industry, where characters with a larger body size "are often ridiculed, depicted engaging in stereotypical behavior like eating or binge eating.

"They're also less likely to be shown having positive social interaction," she adds.

That bias is even more pronounced in children's television, with large characters portrayed as "as being aggressive or antisocial or unfriendly."

The phenomenon both mirrors and reinforces real word discrimination, adds Puhl, with studies showing that stigmatizing images in the media increase bias.

Today, Melissa McCarthy is one of the few plus-size actresses whose weight and physical appearance is barely remarked upon during a film.

For others, like Metz and Macdonald, their characters' obesity may be commented on or are part of the wider story without dominating it.

In Shrill, Annie, played by Aidy Bryant, is constantly reminded of her obesity through a series of micro-aggressions in the opening scene.

But the show grows in its complexity, as Annie finds herself becoming increasingly comfortable in her skin despite the inability of others to look beyond her weight.

"In a lot of ways, this is a really traditional television show," Bryant said in her Elle interview, adding: "It's a girl with her job and her boss and her boyfriends and her friends.

"But the person at the centre is the thing that makes it different. That point of view is what is important."

Though recent developments suggest a step in the right direction, "I don't think we're all the way there yet," said Puhl. "Diversity of body sizes needs to be just a standard part of what we see in the media."

"We know that two thirds of Americans are either overweight or obese so it makes sense to see these people on screen."