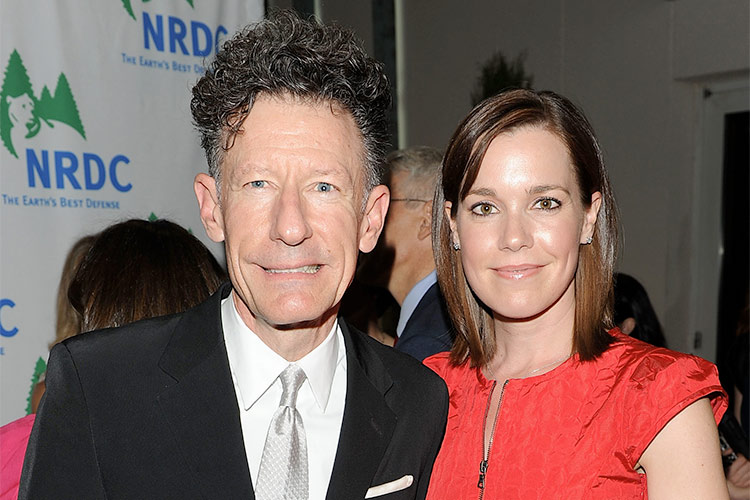 Lyle Lovett is a man of many hats. The Grammy-winning songwriter and singer is an actor and a breeder of horses. He also has a bachelor of arts degree in journalism, evident in the helpful way he spells out tricky names.

Lovett studied journalism in the late 1970s at Texas A&M University, where he wrote for the student newspaper The Battalion. “My regular beat was the Bryan city council, so I had to go to a lot of meetings. We all enjoyed writing entertainment stories and I would lobby heavily for music interviews,” he tells me.

One of his first was with singer-songwriter Nanci Griffith. Lovett, who was playing occasional gigs in cafes and bars at the time, recalls asking her about “her process” and why in the world she would want to be a songwriter. “My questions in those days were ultimately designed to give me the confidence to think it would be OK to play music myself.”

Lovett has always been interested in language and intrigued by “the turn of phrase someone might use”. While attending a Lutheran school near Houston, he started writing songs he could play easily on the guitar.

By the time he came to record his eponymous debut album in 1986, his gift for writing rich, colourful songs was evident to the music industry. “There are songs on my first few albums I wrote as a youngster.

I wrote the song “Give Back My Heart” when I was 17. I still perform it sometimes.”It’s hard to categorise a Lyle Lovett song, such is the range on the 11 studio albums he has recorded over three decades. He can be witty (as on the subversive, cowboy-themed “If I Had a Boat”); chilling (“Creeps Like Me” features a narrator who kills his grandmother and makes a ring from her gold tooth); moving (“You Were Always There” is a heartbreaking song about the death of his father); and just plain sweet (“Nobody Knows Me”).“I feel like my songs are just snapshots of the little things that I see,” the 61-year-old says. “They are not of a conceptual scope. My songs are about the accumulated, small moments in the course of a day that turn into your life.

Those baby steps we take each day that end up being the long journey. The big issues are important, too, but it’s the moment-to-moment that really interests me. I see people just trying to survive as individuals in a world where you can take the wrong step at any point and it can all fall apart.”

In 2017, he married long-term partner April Kimble and is looking forward to making a new album later this year after signing an “an exciting” deal with iconic label Verve Records. He says he remains “an optimistic person” and meets “more nice people than those the other way”.

Lovett’s mother Bernell and father William, who worked for Humble Oil in the 1960s, left early for office jobs every day, so Lovett, an only child, spent a lot of time with his grandparents, uncles, aunts and cousins on the family farm operation in Klein.

He spent a lot of time listening to his parents’ record collection. “Mum and dad belonged to the Columbia Record Club, where you got a new record every month in the mail. Their collection was really diverse.

They had Nat King Cole, big band albums by Glenn Miller and the country records of Ray Price and Lefty Frizzell. I was often left to my own devices after school and played their records constantly. At the time, music was a daily topic in school. ‘What songs had you listened to on the radio? Did you like Elvis? What was your favourite Beatles album?’”

One favourite in the Lovett household was Ray Charles. “He is just one of the most important singers and musicians in the history of music,” says Lovett. “Ray Charles is such an influence on everything.

He really personifies soul music. In his wonderful expression, you hear a direct connection to the gospel roots of that kind of music.”In the early 1980s, Lovett was helped by two great songwriters: Guy Clark and Townes Van Zandt. “They didn’t suffer fools and had very high standards for themselves – and high standards when it came to people, too.

There is a style of humour prevalent in Texas, of saying something that might seem nonsensical, or sideways, just to see if the listener is smart enough to pick up on a joke, or is paying attention.

Townes and Guy were playful in that way, saying things that would fly right past people. And with their teasing, they actually felt like my uncles. Musically, Guy and Townes would try to show me how it should be done.” Van Zandt was also a notorious gambler. Did Lovett ever bet with his friend? “Goodness gracious no”, he says with a laugh. “I would NEVER throw dice with Townes.”

Lovett talks with great warmth about being around his grandma’s farm house — especially at meal times —and he remains an avid breeder of cattle and owner of reining horses. A plaque on his kitchen wall that says “Beware of Bull” is a reminder of danger, though. In 2002, he was squashed against a fence by a bull and ended up with a severely broken leg.

“I knew better than to get in the pen with that guy,” Lovett recalls. “I grew up on a farm and it is smart to have a healthy fear for your safety around animals. The bull that got after me was orphaned as a calf and we had bottle-raised him. He was so friendly he was more like a dog, but he got mad that day.

My leg was crushed really, although the accident could have been so much worse. It’s miraculous that I can walk, so I am thankful. My knee is a bit different but I am recovered as much as I can be.”It’s not the only scrape he’s been in. Talking about memorably difficult gigs, he says that one time in Portland, Oregon, he tripped over a monitor cabinet and fractured his right arm on stage. “It was the very beginning of the show and I thought it would not be a good move to cancel.

I thought to myself, ‘man, this hurts’ and by the end I could not even bend my arm, which was about twice the size of the left one.”

He was proud last year to receive a National Reining Horse Association Lifetime Achievement Award. Another recipient is Star Trek’s original Captain Kirk. “William Shatner is a good horseman and we took part in a charity competition at the biggest show of the year in reining, which is an event I do in Oklahoma City every December,” explains Lovett. “Shatner has graciously done it a couple of times and the crowds are thrilled to see him.” Lyle Lovett v William Shatner seems a reining contest worthy of pay-per-view, but when I ask if he beat Shatner, he laughs and deflects, “I shouldn’t say…”

Lovett’s interests are broad. He’s not the only musician to have appeared in a production of Shakespeare (Louis Armstrong played Bottom in a musical version of A Midsummer Night’s Dream on Broadway back in 1939), but is surely the only singer to have given Much Ado About Nothing a country music makeover. It happened when Lovett was playing Balthasar at The Shakespeare Centre in Los Angeles in 2010, in a production that also featured Helen Hunt and David Ogden Stiers.

“Our production was set in a Californian winery during the Second World War and the executive artistic director Ben Donenberg asked me to write a song at the end of the first act. I wrote “Night’s Lullaby” to suit the harmony singers, who included Sean and Sara Watkins. ‘Oh man’, I thought, ‘I am rewriting Shakespeare’.”

Lovett also loved attending events organised by Tom Hanks and his wife Rita Wilson, who raise funds for Donenberg’s troupe. “They host a day where a Shakespeare play is put on and they invite a stellar complement of actors. I got to hear Sir Anthony Hopkins recite ‘All the world’s a stage’ in that amazing voice.”

The experience of theatre work made him reflect on his own concert performances. “It made me realise how lucky I am to be able to be so fluid in what I do as a musician,” says Lovett. “If it is not going well in a play, there is nothing you can do about it – you gotta say what the playwright has put down.