China seeks to make Karl Marx appealing to the youth 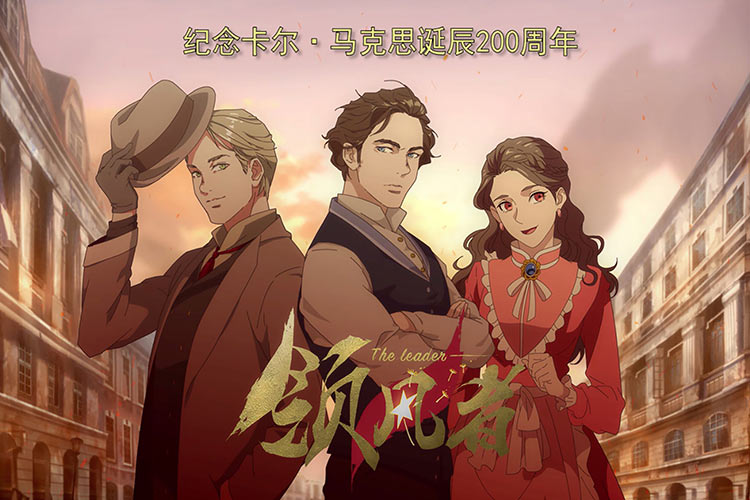 Characters from the online cartoon series "The Leader". AFP

The Chinese Communist Party is trying a new way to woo younger people, commissioning an anime series whose hero is clean-shaven, slim and a hopeless romantic — Karl Marx.

Called "The Leader", the online cartoon series is designed to make Marx more palatable to China's younger generation, which usually encounters the bearded German philosopher through thick textbooks and classes.

"There is a lot of literary work about Karl Marx, but not as much in a format that young people can accept," Zhuo Sina, one of the scriptwriters behind the online series, said.

"We wanted to fill this gap," she added. "We hope more people can have a more positive understanding of and interest in Marx and his biography."

Created by animation studio Wawayu but backed by China's central propaganda department and the state-run Marxism Research and Construction Programme Office, the release of "The Leader" comes as the Chinese Communist Party ramps up its push for ideological rigour — especially in classrooms and on university campuses.

With its Ferrari-driving elites cashing in on an economic boom that has revolutionised China since the economy was opened to market forces in 1978, Beijing's allegiance to Marx may seem like an anomaly.

But the Communist Party is still loyal to its ideological forefather, dismissing the apparent contradiction and framing its evolution through a prism of "Socialism with Chinese Characteristics."

Students start learning the theories of Marx and Lenin in middle school, and civil servants — even journalists in state-run media — have to take mandatory courses in Marxist theory to secure promotions.

Last year, Chinese President Xi Jinping also urged party members to cultivate the habit of reading Marxist classics and regard it as a "way of life" and "spiritual pursuit."

That also means that the scriptwriters of "The Leader" have had to compromise some aspects of storytelling for the sake of accuracy, said Zhuo.

"You can't just write whatever," she emphasised, explaining that Marxism scholars were involved in the whole process of scriptwriting. 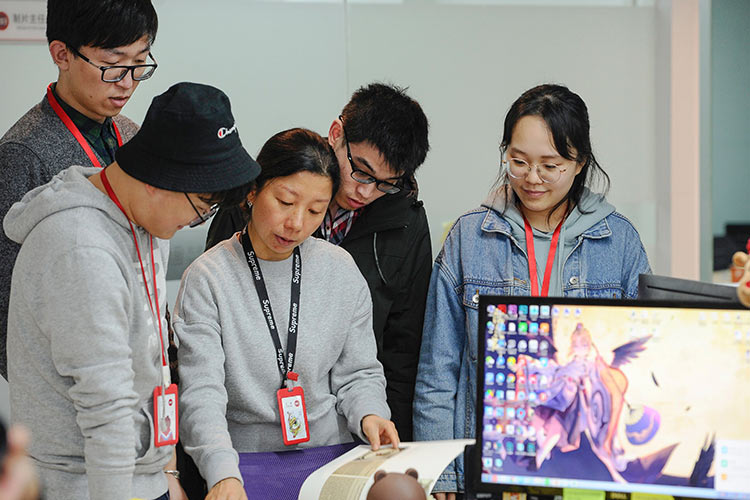 staff members having a meeting at the Wawayu animation studio. AFP

She said the story of Marx should not pander to the demands of the entertainment industry, where there is "no way to make very careful and precise or very accurate descriptions."

After debuting at the end of January on Bilibili, a video streaming platform popular among young anime, comic and gaming fans in China, the online serial has been streamed more than five million times.

"The Leader" starts with Marx's university years where shots of the young philosopher — dressed in a dapper beige blazer — feverishly studying the work of Hegel are spliced between tender moments with Jenny von Westphalen, his wife.

But the masses have been tough critics — on popular Chinese film and literature site Douban, users gave "The Leader" a two-star rating out of five.

Some criticised the storytelling as "awkward", while others used more colourful language — one likened the experience of watching the series with "shoving" excrement in their mouth.

Jeroen de Kloet, professor at the University of Amsterdam, who has researched Chinese youth culture and media, said there was too much talking in the series and not enough scenes that "humanize" Marx.

"It's the government lecturing young people on what Marxism is about", he said.

Still, despite its propaganda bent, the TV series has opened a surprising space for discussion on Marxism and even labour rights in China.

Among the many comments scrolling across the screen as each episode plays — a popular feature in China known as "bullet" comments — some users commented on religious freedom and labour rights.

In one comment, a user wrote about the forced shutdown of a social media account that follows labour activism.

Others mentioned the Marxist society at Peking University, which has seen several attempts by local police and school authorities to silence and suppress the student-run group's activities. 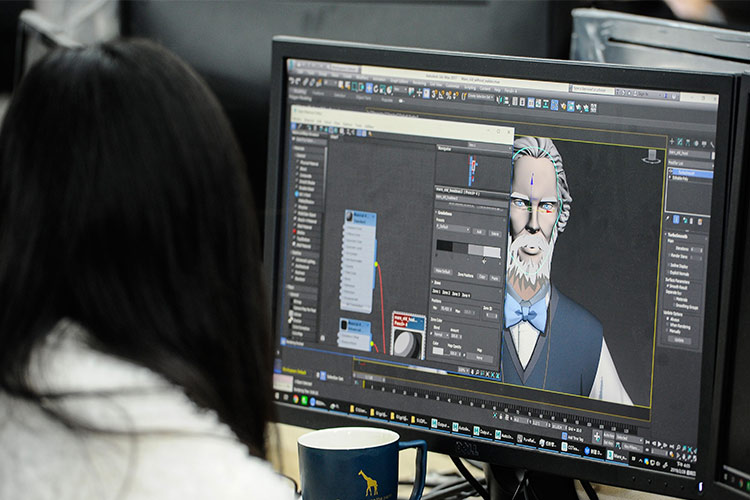 staff member working on the online cartoon series "The Leader" at the Wawayu animation studio. AFP

"That's why propaganda is interesting, because you can also read it against the grain," de Kloet said.

With its wealthy businessmen and capitalist culture, modern day China is in stark contrast with the cartoon, which advocates for workers and the proletariat, he said.

"You step out of your door in Beijing and you see a whole different reality. So there's a tension there."

"The Leader" is not the Chinese Communist Party's first attempt to make Marxism more mainstream.

And while online ratings of "The Leader" are lacklustre, it's a "first step on the way to the government figuring out messaging in a way that will actually appeal to young people," said Christina Xu, who researches and writes about Chinese internet culture.

The Marx anime is also "part of the push for soft power," she added, noting the prominence of "guo chuang" or domestically produced animations on Bilibili, which also streams shows from state broadcaster CCTV.

The makers of "The Leader" aren't planning to stop at cartoon series, either. Zhuo said the team is planning to create a standalone animated film on Marx, though the release date has not yet been decided.