Actress and singer Zendaya gives the fashion industry a boost 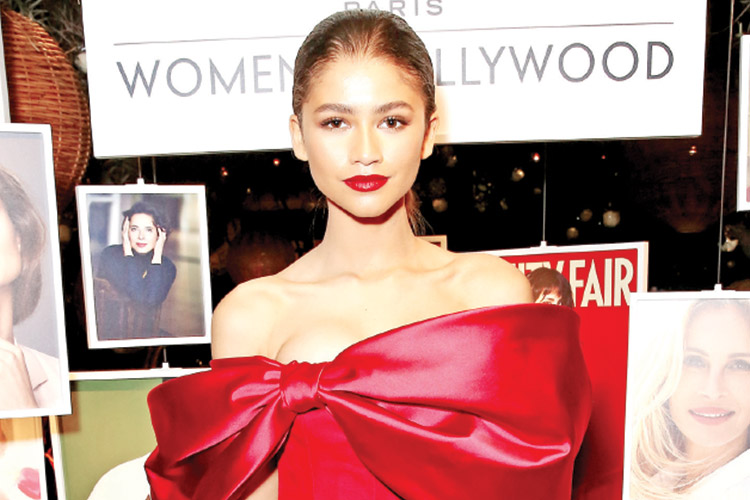 American actress and singer Zendaya, 22, saw her career take off with the debut of Shake It Up on the Disney Channel. She also became the latest in a long line of celebrities to try their hand at fashion design in Paris.

The ‘Spider-Man: Homecoming’ star spoke about receiving a phone call from Hilfiger to discuss a collaboration.

“I got a call from Tommy Hilfiger himself, which was pretty crazy. I was not expecting that,” she said.

Hilfiger gave her, she said, full control of the designs, which drew inspiration from “iconic women” of the late-1970s and early-1980s.

Zendaya Coleman first came to fame in 2010 as one of the stars of the television comedy Shake It Up. Born in 1996, she started acting as a child, appearing in productions at the California Shakespeare Theater and other theatrical companies near her hometown of Oakland, California. Zendaya attended the Oakland School for the Arts. In 2010, she made her television debut in the popular tween comedy series Shake It Up with Bella Thorne. She then signed a recording deal with Hollywood Records in 2012. The following year, she competed on Dancing with the Stars. Soon after, she starred in Disney’s K.C. Undercover and made her film debut in Spider Man: Homecoming in 2017.

Zendaya and her co-star, Bella Thorne, have become tween idols to their young fan base. The songs they’ve sung on the show, including “Something to Dance For,” have been hit downloads with their target audience, and their two characters have become so popular that they even inspired their own Outside of her hit show, Zendaya lent her voice to the animated television movie Pixie Hollow Games (2011). She has also made guest appearances on such series as A.N.T. Farm and Good Luck Charlie, and starred with Thorne in the 2012 television movie Frenemies.

The show celebrated diversity and was, in terms of sheer energy, unlike any other so far this season. Dozens of dancers on roller skates boogied amid flashing lights to greatest hits from the 1970s.