With too much drama, Nigeria politics inspire movie makers - GulfToday

With too much drama, Nigeria politics inspire movie makers 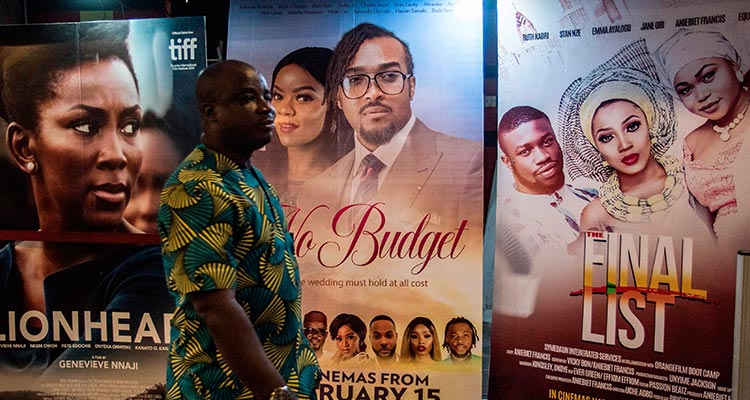 A man passes by Nigerian movie billboards at a cinema in Lagos. Cristina Aldehuela/AFP

The saga surrounding Nigeria's recent election, delayed for a week just hours before voting started, has film-makers convinced they may have hit movie gold.

Nigerians watched as their election delivered all the ingredients of a thriller, including charges of vote card fiddling, armoured cars filled with cash delivered to politicians' homes, and even arrests of opponents by the secret police — all in the space of one week.

"I can do 100 movies based on Nigerian politics," said local director Ike Nnaebue. "There is too much drama going on and I believe that, as story tellers, it's our responsibility to start the conversation and begin to start changes."

With 190 million people in Nigeria and a growing wider audience on the African continent and among Nigeria's diaspora, Nollywood has become the world's second-largest cinema business after India's Bollywood in terms of the number of films the industry pumps out.

And juicy local politics is increasingly a theme.

In Dr. Mekan, a satire released in 2018, Nnaebue tells the tale of the rise of a "repat", a Nigerian who grew up or lived abroad for a long time and who returned to live in Nigeria, often disconnected from reality.

"As soon as he comes back from the States, he has fantastic ideas of how to run his state, and wants to become governor of Anambra. He has good intentions, but he doesn't understand how things are being done in Nigeria," the director said.

In one key scene the candidate makes an ambitious election promise to improve agriculture and develop local rice cultivation. The crowd applaud but a rumour runs through the crowd that his rival is offering food handouts at his rally and the spectators run off to get their free bags of rice — imported from China.

In another scene, the candidate's campaign team is busy handing out cash to the crowd, while Mekan himself shouts at young people "Money will destroy you!"

"In this movie, we laugh at us. It's a critic of the foolishness of the politicians and of the people," the director said. "We need to start asking ourselves what is wrong in our country and change it. Cinema is a tool for it."

President Muhammadu Buhari was re-elected last month after the delayed poll that angered voters. It was the second ballot box victory for Buhari, a one-time military ruler who was first elected in 2015 to lead Africa's top oil producer. 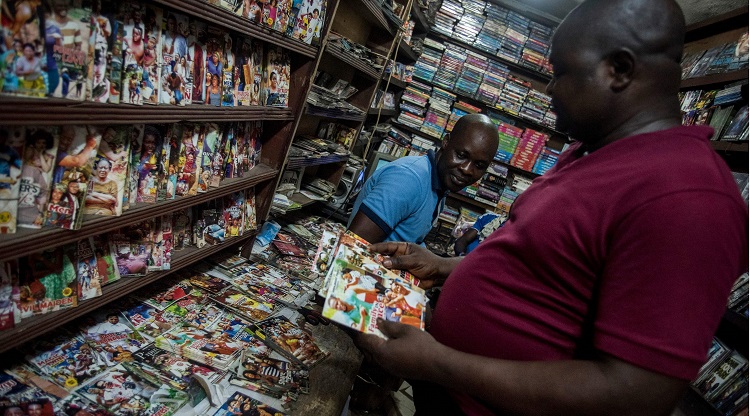 A customer stands in front of a shelf full of Nollywood movies. Cristina Aldehuela/AFP

A sense for change also motivated Mike-Steve Adeleye to write the screenplay of his latest film, Code Wilo, previewed in Lagos early March.

Adeleye did not choose humour, but action to criticise what Nigerian politics has become, and especially the idea of political "Godfathers" who bless or destroy aspiring candidates.

In his new film, a Nigerian ruling party's sponsor announces that his daughter will be the candidate for the next state governor, without even consulting his political base or the voters.

"Citizens are spectators. They are just watching politics, and they have no word to say on the scenario. It's already written. We are just here to see who will be elected," Adeleye said.

In Code Wilo, the young candidate and adored daughter of the "godfather" is kidnapped for ransom.

"I'm hoping that when politicians see the end of the film, they will get scared. I hope it will haunt them and then they will start thinking about what they are doing to us," the director said. 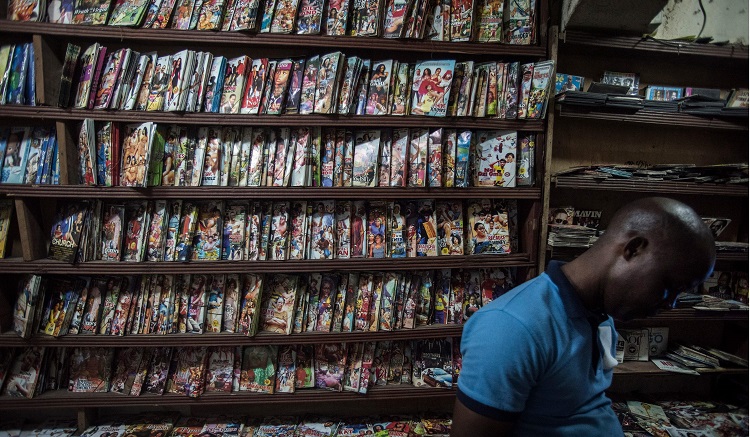 A Customer looks at some Nollywood movies. Cristina Aldehuela/AFP

Nigeria is a cultural heavyweight in Africa, leading in film and music. But it has long been confined mostly to just entertainment.

But recently, artists such as rappers M.I. or Falz are touring the country to educate young people to vote and to hold their leaders accountable. That message is far from the usual music video clips of champagne, pools or luxury cars.

Ideas may be starting to change little by little on the music scene, but in the cinema "Nollywood is still mainly focused on business. It's all about bling bling and plastic life," Adeleye said.

"But we can't keep going like this. Elections after elections, it's getting worse, and it's more depressing. As Africans we have stories to tell, stories that can have an impact and make our society better."