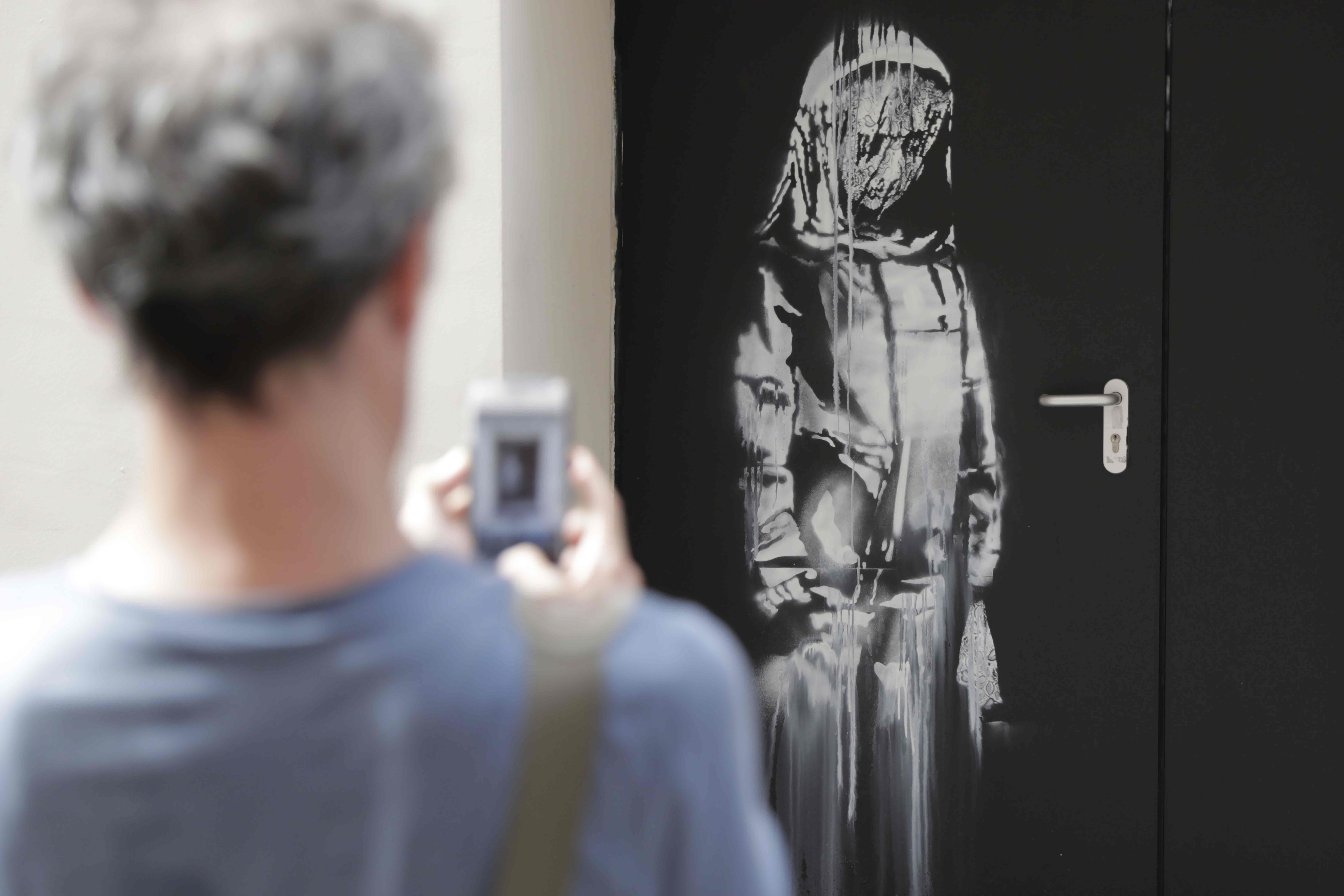 PARIS: A mural by British street artist Banksy on a fire-exit door at Paris’ Bataclan theatre, where militants killed 90 people three years ago, has been stolen, the venue said on Saturday.

The work, one of a series of murals painted last June in the French capital and attributed to Banksy, showed a veiled female figure in a mournful pose.

“We are today filled with a deep sense of indignation. The work of Banksy, a symbol of contemplation belonging to all - residents, Parisians and citizens of the world - has been taken from us,” the Bataclan said in a Twitter post.

Thieves with a van had stolen the door on which the mural was painted the previous night, a police source told Reuters.

The Bataclan theatre was stormed by militants during a rock concert in November 2015, as part of coordinated attacks in and around Paris that caused killed 130 people.

Some of Banksy’s works in Paris, which also addressed issues like immigration, were vandalised soon after they were put up, while others were protected by screens.

The murals of Banksy, who keeps his real name secret, have become prized attractions for collectors. A work created last month in an industrial town in Wales, depicting a child enjoying snow that is in fact pollution, was sold for over 100,000 pounds ($132,000).