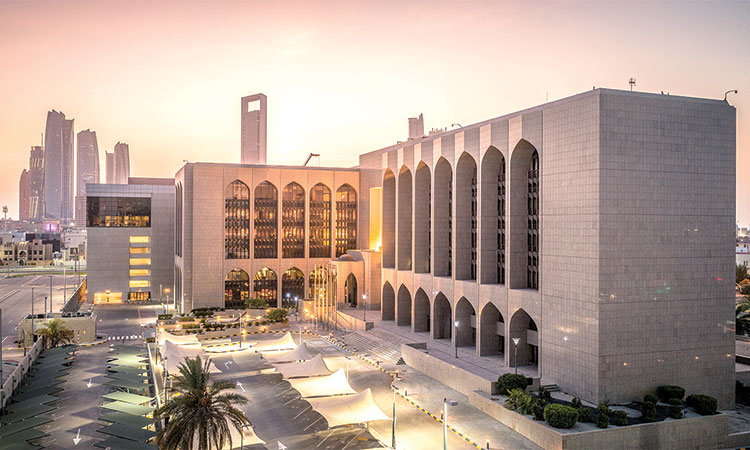 According to figures published in CBUAE’s November summary report on monetary and banking developments, gross credit rose by 0.5 per cent from around Dhs1.878 trillion at the end of October 2022 to around Dhs1.887 trillion at the end of November 2022. Gross credit increased due to 0.8 percent rise in domestic credit, overriding the 1.7 per cent reduction in foreign credit. Domestic credit grew because of 0.4 percent, 2.0 per cent and 0.7 percent climbs in credit to the government sector, public sector (government related entities) and private sector, correspondingly; overriding the reduction in credit to the non-banking financial institutions by 3.8 per cent.

Total banks deposits increased by 1.6 per cent, mounting from around Dhs 2.204 trillion at the end of October 2022 to some Dhs 2.239 trillion at the end of November 2022. The growth was due to the rise in resident deposits by 2.5 per cent, overshadowing the reduction in non-resident deposits by 6.2 per cent. The deposits increased owing to 0.6 percent, 9.8 percent, 2.0 percent and 1.3 percent expansions in government sector deposits, public sector (government related entities) deposits, private sector deposits and non-banking financial institutions deposits, respectively.

The report also revealed that the monetary base expanded by 3.7 per cent climbing from Dhs 468.8 billion at the end of October 2022 to Dhs486.0 billion at the end of November 2022. The main drivers of this expansion were increases in currency issued and Banks & OFCs’ current accounts & overnight deposits of banks at CBUAE by 4.8 per cent and 58.3 per cent, respectively. Whereas, reserve account and certificates of deposit and monetary bills decreased by 23.7 percent and 1.9 percent, individually.

The Money Supply aggregate M1 increased by 0.9 percent (m-o-m) reaching Dhs729.7 billion at the end of November 2022. This was due to Dhs 1.7 billion and Dhs 4.9 billion rise in currency in circulation outside banks and in monetary deposits, respectively.

Meanwhile, Commercial Bank International (CBI) has launched a World Elite Exclusive Mastercard Credit Card, providing its ultra-high-net-worth cardholders (UHNWI) with a range of priceless benefits, privileges and experiences that can be accessed at home and abroad.

The new technology which includes contactless payment, ensures a fast and secure checkout experience, whilst also empowering consumers to choose how they want to pay.

Gina Petersen, VP and Country Business Development Lead for the UAE & Oman, Mastercard, said: “We are delighted to collaborate with Commercial Bank International to launch this card, offering their invitation-only clients access to a world of exclusive opportunities. Every proposition has been specifically tailored to cater for the lifestyle needs of the UAE’s most discerning cardholders, providing priceless benefits and experiences wherever they may be.”

CBI is the first bank in the UAE to design and change its digital wallet to celebrate numerous special occasions throughout the year, the first being a striking new design honoring the recent UAE Flag Day.

Hassanain Ali , Executive Vice President Retail Banking Group, CBI, said: “The launch of the Mastercard World Elite Exclusive card will open up another avenue for our affluent customers, allowing them to experience exceptional luxury and benefits. This will create endless opportunities for cardholders, with an incredible collection of travel and lifestyle rewards, to enjoy living life to its fullest.”

The collaboration with CBI underscores Mastercard’s commitment to helping financial institutions diversify their payments solutions portfolio. With investments in new and innovative products that cater to the needs of a cross-section of consumers, Mastercard continues to make strides in fostering a robust cashless economy.

Abdulhamid Saeed Alahmadi, Governor of the Central Bank of the UAE (CBUAE), has said that in light of the COVID-19 pandemic, central banks across the globe have played a fundamental role in promoting continued economic activity