Saudi Arabia and China sign series of deals worth $30b - GulfToday 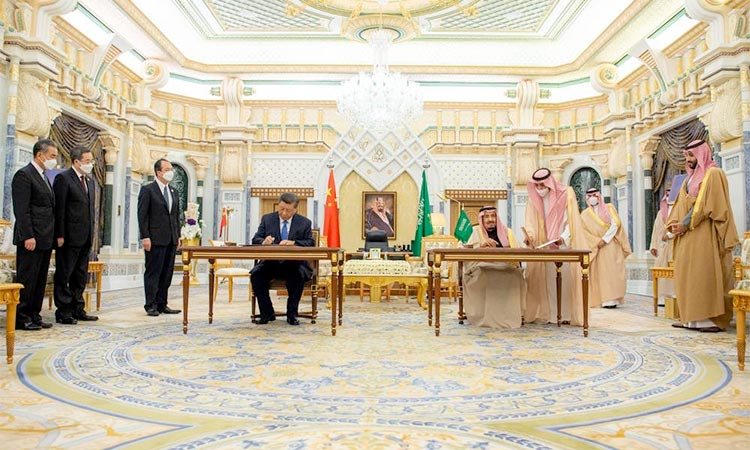 XI and King Salman “agreed to hold a heads of state meeting between the two countries in turn every two years,” Chinese state media said. 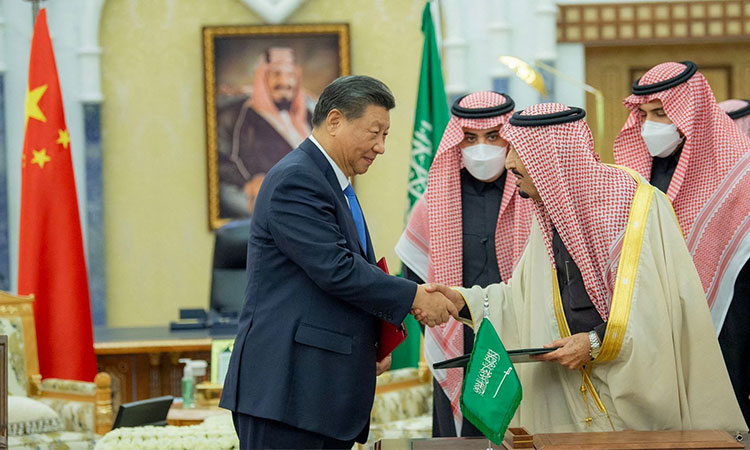 “I am very pleased to visit Saudi Arabia again after six years. I still remember the scenes from my last visit,” Xi said in remarks carried by Chinese state broadcaster CCTV.

“The Chinese side views the Saudi side as an important force in a multipolar world and attaches high importance to developing a comprehensive strategic partnership with Saudi Arabia.” The Chinese leader held talks with Crown Prince Mohammed Bin Salman, who greeted him with a warm smile.

The two stepped into a pavilion as a military band played the countries’ national anthems.

The signed deals also covered a petrochemicals project, housing development and the teaching of the Chinese language, SPA said, though it did not detail their substance or monetary value.

A memorandum with China’s Huawei Technologies, on cloud computing and building high-tech complexes in Saudi cities, was agreed.

Huawei has participated in building 5G networks in most Middle Eastern countries.

In an op-ed published in Saudi media, Xi said he was on a “pioneering trip” to “open a new era of China’s relations with the Arab world, the Arab countries of the Gulf, and Saudi Arabia.” China and Arab countries would “continue to hold high the banner of non-interference in internal affairs, (and) firmly support each other in safeguarding sovereignty and territorial integrity,” he wrote. 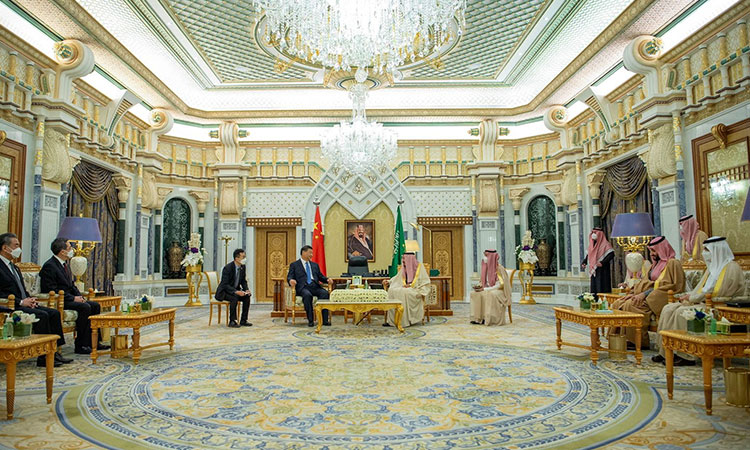 Xi, due to meet with other Gulf oil producers and attend a wider gathering of Arab leaders on Friday, said these states were a “treasure trove of energy for the world economy and are fertile ground for the development of high-tech industries.” Several regional rulers including Egypt’s president, Kuwait’s crown prince and Sudan’s leader, arrived in Riyadh on Thursday.

China, the world’s biggest energy consumer, is a major trade partner of Gulf states and bilateral ties have expanded as the region pushes economic diversification.

The Saudi energy minister on Wednesday said Riyadh would stay a “trusted and reliable” energy partner for Beijing and the two would boost cooperation in energy supply chains by setting up a regional centre in the country for Chinese factories.