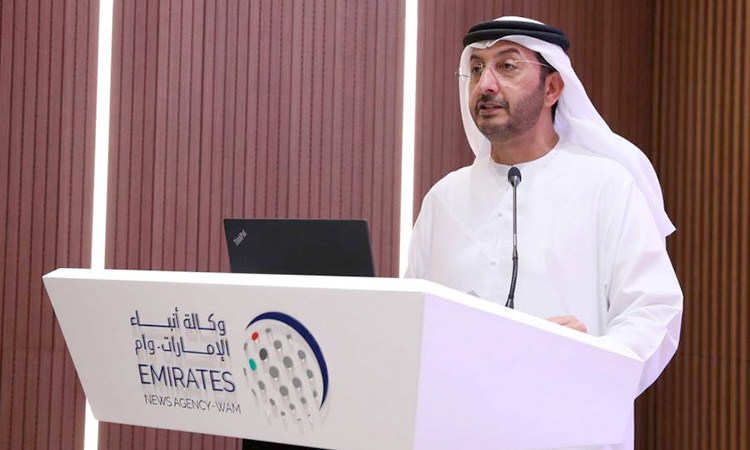 The Ministry of Economy organised a media briefing on Monday in Abu Dhabi to introduce the Federal Decree Law No. 37 of 2022 on family businesses, which forms part of the comprehensive and the long-term programme adopted by the UAE government to enhance and raise the family business environment in the country to globally competitive levels.

These efforts are set to enhance the sector’s role as a major contributor to national economic growth and a key partner in the UAE’s sustainable development over the next 50 years.

During the media briefing, Abdullah Bin Ahmed Al Saleh, Undersecretary of the Ministry of Economy, confirmed that the UAE - thanks to the vision and directives of its wise leadership - attaches great importance to the family business sector and is aware of this vital economic model’s significance in sustainable development. He added: “The family business sector is a major economic growth driver in most countries and they play a fundamental role in establishing new businesses, attracting investments and creating job opportunities in various sectors.”

He continued: “A number of pioneering initiatives were launched in the last phase to develop the family business sector, most notably the FB-X family business platform and the ‘Thabat’ programme. These are specifically designed to support family business investments, help diversify their activities and establish pioneering projects in the areas of the new economy and strengthen their partnerships and opportunities both inside and outside the country.”

Thabat program’s ambitious objectives include turning 200 family-owned businesses into major companies by 2030, with a market value of over Dhs 150 billion and annual revenues exceeding Dhs 18 billion.

With regard to the importance of the economic role of family businesses, Al Saleh pointed out that they account for 70% of the private sector companies globally, 60% of the global workforce, and 70% of the global GDP. In the UAE, 90% of the total number of private companies are family businesses, and their investments cover the sectors of real estate, retail trade, tourism, industry, technology, shipping and logistics services. He continued: “Family-owned companies in the GCC countries are relatively young, ranging in age between 40 to 60 years, and generate an annual revenue of nearly USD 100 billion, and 50% of the owners of these companies include five shareholders or less.”

He underlined that the new family business law issued by the UAE government is a significant milestone in the development of legislation regulating the ownership and governance of family businesses in the UAE. Upon its entry into force in January 2023, it will provide the legal framework required to ensure the growth of family businesses, help diversify their activities, and facilitate their continuity and longevity through generations. The third and fourth are through well-studied mechanisms and procedures that support family businesses’ ability to expand and grow in a sustainable manner, enhance their competitiveness and develop their operations in local and foreign markets, in accordance with the goals and projects of the 50 and the determinants of the UAE Centennial 2071.

The official explained that the issuance of the law is a distinguished step for the UAE at both regional and global levels as it is a pioneering and distinguished legislation in the field. There exists no other legislation regulating the operations of family businesses such as the UAE’s and this is set to consolidate the country’s position as a preferred destination for family business investments and projects, regionally and globally. He pointed out that the law forms part of the UAE’s comprehensive efforts to outline a roadmap for the growth and prosperity of family businesses in the country and strengthen their operations in various economic and commercial fields, especially in the sectors of the new economy.

Al Saleh further indicated that the law’s development phase witnessed a synergy and integration of national efforts, as the Ministry of Economy worked alongside the concerned federal and local authorities and coordinated with family businesses in the country during this stage. These concerted efforts helped develop the articles of the law through a proactive and flexible approach that foresaw future directions. These efforts relied on comparative studies that focused on developed countries in the family business sector at the Arab and global levels to ensure the creation of a progressive and comprehensive legislation that serves the country’s objectives by establishing a new operational framework for family businesses, ensuring their sustainability and growth.

With regard to the specifics of the law, he explained that it defines a family-owned company as a company established in accordance with the provisions of the Commercial Companies Law in the country, with most of its shares owned by people belonging to one family. It must be registered in the unified family business registry, which is established under the provisions of this law.

Al Saleh concluded the briefing by emphasizing that the national efforts to develop the family business system will continue during the next stage through integrated and qualitative initiatives and policies in order to consolidate the position of the UAE’s business environment as the most attractive and suitable one for family businesses from around the world. 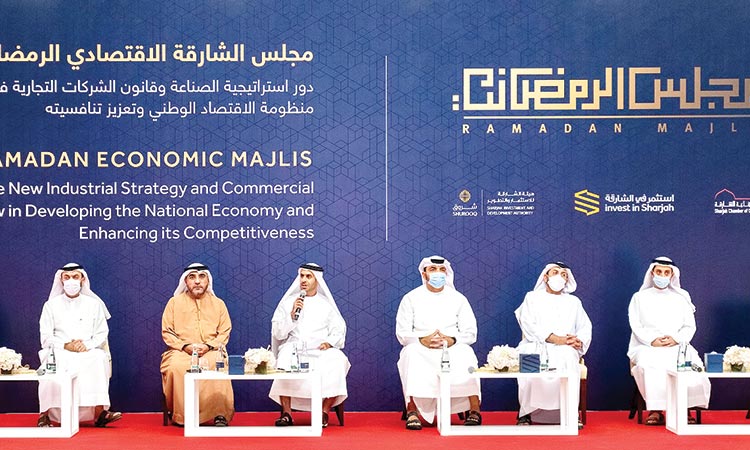 Administrative fines on UBO violators to begin from Thursday

The Ministry of Economy (MoE) in cooperation with the concerned licensing authorities in the country, announced that it has begun implementing the first phase of administrative penalties