Empower debuts listing and trading of its shares on DFM - GulfToday

Empower debuts listing and trading of its shares on DFM 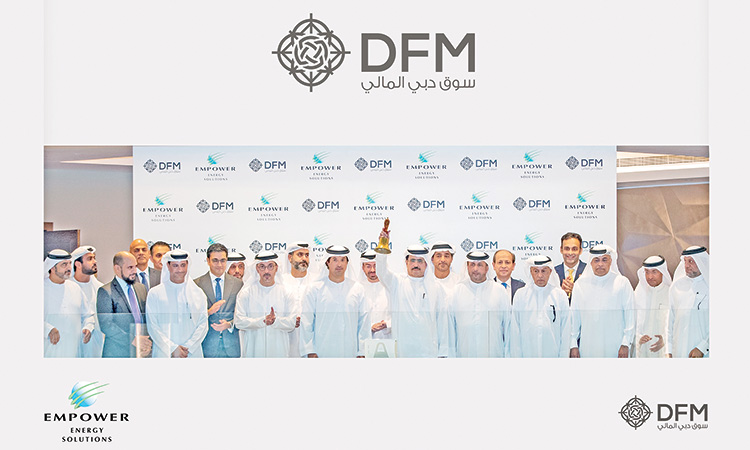 Top officials during the Empower’s listing on DFM.

Dubai Financial Market (DFM) on Tuesday welcomed the successful listing of Emirates Central Cooling Systems Corporation (Empower). This is the fourth public offering and listing on the DFM in 2022 to date.

It is part of the accelerating steps to implement Dubai’s strategy which aims to develop its capital markets.

Saeed Mohammed Al Tayer, Chairman of Empower, rang the DFM market opening bell to celebrate the listing, in the presence of Helal Al Marri, Chairman of the DFM, Ahmad Bin Shafar, Chief Executive Officer of Empower and Hamed Ali, CEO of the DFM and Nasdaq Dubai.Shares began trading under the symbol “EMPOWER”, concluding the Company’s successful public offering that raised Dhs2.66 billion giving a market capitalisation of Dhs13.30 billion on admission with a share price of Dhs1.33 at the upper end of the floatation price range, noting that the Company has increased the size of the offering by 100 per cent to cater to the strong demand that led to the IPO being covered on its first day.

Accordingly, the offering was oversubscribed by 47 times as it drew a total of Dhs124.69 billion. Empower shares trade within the Utilities Sector. Chairman of Empower commented, “Thanks to the vision and directives of His Highness Sheikh Mohammed Bin Rashid Al Maktoum, Vice President, Prime Minister and Ruler of Dubai, and the support from Sheikh Maktoum Bin Mohammed Bin Rashid Al Maktoum, Deputy Ruler of Dubai, Deputy Prime Minister and Minister of Finance, Dubai is moving steadily to become a leading global economic hub. Empower’s IPO further reiterates Dubai’s focus towards building robust capital markets and accelerating new listings that unlock value and growth in vital sectors.”

Chief Executive Officer of Empower said, “We are proud to take this next important step in Empower’s journey and become a public company. It is an honour to have the prestige of a public listing and now a very important role to play in one of the world’s most active, dynamic capital markets. It’s a privilege to be part of Dubai’s successful privatisation programme and broader efforts to deepen and broaden our stock markets by attracting foreign investment.”

Chairman of the DFM said, “We welcome Empower to DFM. Today marks another important moment in Dubai’s ambitious programme to develop its capital markets. Due to the rapid implementation of this programme, the DFM has become one of the most active financial markets globally in terms of new IPOs and listings this year. This momentum underscores the sound fundamentals of the economy in Dubai and the UAE and investors’ deep confidence. It also demonstrates the effectiveness of the strategic plan for the development of capital markets under the supervision of Sheikh Maktoum Bin Mohammed Bin Rashid Al Maktoum.”

CEO of the DFM and Nasdaq Dubai said, “Dubai is a thriving, dynamic international financial centre full of opportunities. Its economy is quickly evolving and its world class markets are increasingly attracting international and national investments by both retail and institutional investors. 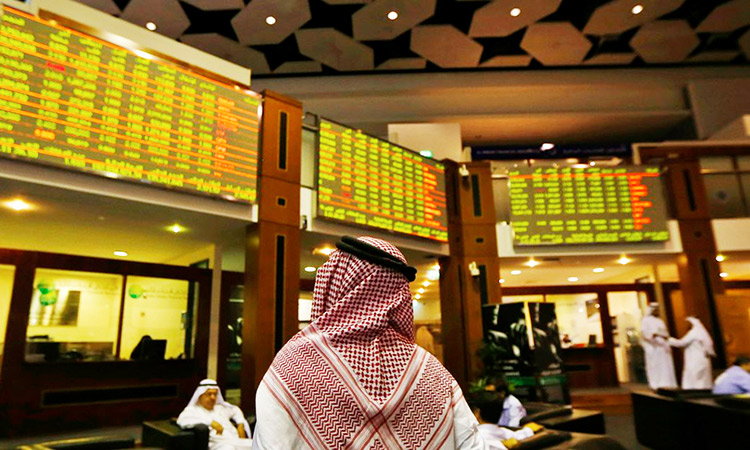