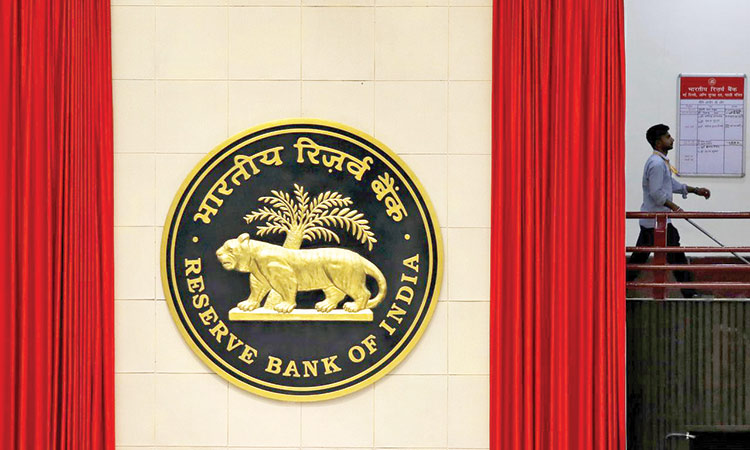 The Reserve Bank of India (RBI) raised its key lending rate by 50 basis points to 5.90 per cent, marking a total increase of nearly two percentage points since it kicked off a monetary tightening cycle in May.

The country bounced back strongly from the coronavirus pandemic but is now grappling with the same headwinds buffeting the global economy.

Aggressive rate hikes and ominous commentary from other leading central banks was posing a “third major shock” to the world economy on the back of the pandemic and the Ukraine war, he added.

The rise matched market expectations and the RBI was unlikely to pursue a monetary tightening that was “too restrictive”, Emkay Global Financial Services lead economist Madhavi Arora said in a note.

“However, the extent of global disruption will remain key to the RBI’s reaction ahead,” she added.

The RBI retained its inflation forecast for 2022-23 at 6.7 per cent, projecting a fall to five per cent in the June quarter.

Its economic growth forecast for the current 2022-23 financial year was revised down to seven per cent, from the 7.2 per cent predicted earlier.

Rising global energy prices blew out India’s current account deficit to $23.9 billion in the June quarter, nearly double the figure from the first three months of the year and the highest since 2013.

India imports more than 80 per cent of its crude oil needs and rising petrol costs have driven spikes in consumer prices for the country’s 1.4 billion people.

The Indian rupee has plunged 10 per cent this year and hit a record low of 81.95 against the US dollar earlier in the week as the greenback rallies on risk-averse market sentiment.

India’s currency has proven more resilient than its Asian peers after intervention by the RBI, which has spent nearly $85 billion of its foreign reserves to defend the unit this year.

Indian shares jumped nearly 2% on Friday, boosted by banks and metal stocks, after the country’s central bank hiked its key policy rate for the fourth straight time as expected to bring down persistently high inflation.

The Nifty and the Sensex are up more than 8% so far this quarter, if gains hold, set for their best quarter in a year.

Spot dollar buying: India’s central bank is encouraging state-run refiners to reduce dollar buying in the spot market to contain a sharp fall in the rupee, two sources said, adding they have been asked to lean on a special credit line instead.

The Reserve Bank of India has ensured $9 billion has been made available at overseas branches of some Indian banks for the country’s three state-run refiners to tap, said the sources who have direct knowledge of the matter, adding that the funds are available at market rates.

“Since last 2-3 days RBI has been asking companies to tap this credit line,” one of the sources said.

The credit line is available only for Indian Oil Corp, Hindustan Petroleum Corp and Bharat Petroleum Corp, which together control more than half of India’s 5 million barrels per day refining capacity.

Monthly oil purchases from overseas account for about 30% of India’s overall imports.

Banks participating in the credit-line scheme include the State Bank of India, Canara Bank, Bank of Baroda, Axis Bank and Punjab National Bank, said one of the sources.

The greenback’s surge amid sharp interest rate hikes from the US Federal Reserve has sent the Indian currency tumbling 10% so far this year. India’s central bank has also intervened with dollar sales to help prop up the currency.

To protect the “nascent economic” recovery, the Reserve Bank of India retained its key short-term lending rates at the third monetary policy review of FY22.