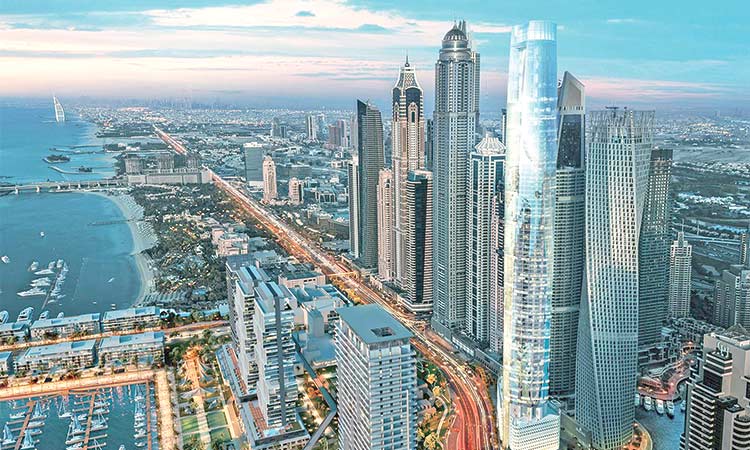 The sum of the amount of mortgaged properties for the week was Dhs3.74 billion, with the highest being a land in Al Mamzer, mortgaged for Dhs1 billion.

80 properties were granted between first-degree relatives worth Dhs110 million.

Impressive success in July: FAM Real Estate indicated that the real estate market in Dubai achieved a remarkable economic recovery during July of this year, compared to 2021, when 3,600 sales transactions were recorded, an increase of 138% compared to July 2021.

The report issued by the company’s interactive data website DXBinteract.com stated that the value of sales increased to 13 billion dirhams by 68%, and the “Business Bay” area was the best-selling area with various prices starting from 670,400 dirhams in addition to saving Many advantages and services that attract investors to buy in it. It was followed by the “Downtown” area in particular RP Heights Tower, known for its luxurious apartments, stunning panoramic views, and its privileged location in the middle of Dubai, which is only a 2-minute walk from The Dubai Mall. Prices here start from Dhs1.87 million with a 5-year payment plan after delivery.

Commenting on the sector’s performance Firas Al-Msaddi, CEO of FAM Real Estate, said: “The Real Estate market experienced a record high value of sales exceeding Dhs13 billion in the month of July making it the sector’s best performance since the beginning of the year. This remarkable growth and development has been achievable due to the transparency in the legal system and encouraging initiatives launched by the Dubai government. The UAE is always adapting to the growing needs of a robust economy making it a preferred investment hub. With major multinational companies having a regional head office in the UAE, it has equipped itself well to cater to the lifestyle demands of expatriates making it a desirable option for long term work plans and even settling in. All these factors contribute to the real estate segment and we foresee a continuation of this trend for the rest of the year.”

Breaking down all the following transactions that were sold, compared to July 2021, the apartments with the largest share were with more than 4,840 apartments sold, which is an increase of 60% and over Dhs9 billion.

Prime residential market: Dubai’s prime real estate sector continues to sustain its growth, based on an analysis by LUXHABITAT Sotheby’s of recently released data from the Dubai Land Department. According to property transactions in Dubai for Q2 2022, the overall market volume surged by close to 10% when compared to Q1 2022, with a total of 13,857 apartments, 1,836 villas and 4,166 town houses sold at a total value of Dhs47 billion.

“Showing signs of positive and sustained growth, Dubai’s real estate sector continues to attract high net worth investors from across the globe. While many markets worldwide are facing geopolitical and economic uncertainty, Dubai continues to be a beacon of resilience. In recent months we are seeing investors from UK, India and Germany driving demand, with many of our buyers looking for ready properties and branded addresses.

Of course, with property a safe hedge against high inflation, we expect demand to continue along similar line into the third quarter of this year, “ said George Azar, CEO at LUXHABITAT Sotheby’s International Realty.