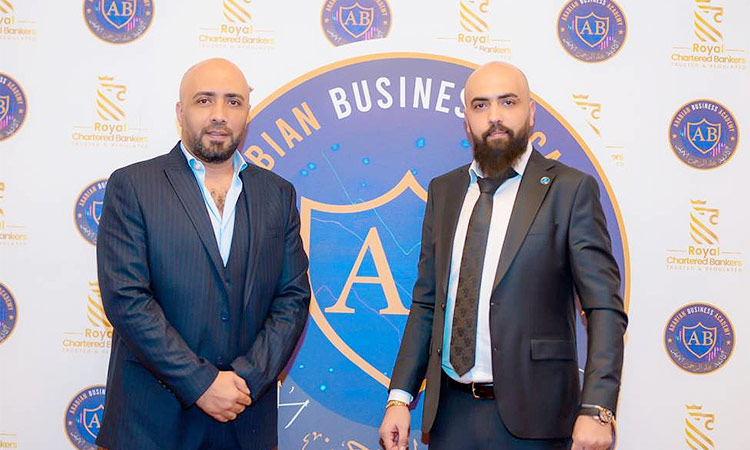 Top officials at the event in Dubai.

The UAE all set to see rapid growth in cryptocurrency activities as the country  known to be at forefront of innovation and emerging technologies will witness more global players to set up their operations in cryptocurrency and its related activities giving investors wider choice to choose the exchanges. Currently, the digital economy contributes about 4.3 per cent of the GDP in the UAE, which is equivalent to Dhs100 billion ($27 billion), according to the latest statistics for Digital Economy.

Saudi Arabia and UAE are anticipated to register the highest growth rate in the upcoming years.

Hani Asfar, Chief Executive Officer, Gulf project said, “GulfCoin is a project that revolves around the groundbreaking BEP-20 coin developed to honour Gulf countries for their contributions towards crypto adoption. GulfCoin runs on the Binance Smart Chain [BSC], and was developed by a multinational team comprising some of the most talented people in the world. Gulf project has successfully entered the realm of cryptocurrency in this period, which sees a growth in technological innovation almost minute-to-minutely.”

“ The team is committed to achieving the goal of having it ranked among the most prominent tokens in the industry, and the firm is carrying on with its journey continuously.”  `Speaking about his group’s vision Asfar added: “Gulf project’s vision is to make decentralised financial services widely known and accessible globally. Therefore, Gulf project is preparing to launch GulfEx in the upcoming days, the first Arabic crypto-exchange, which will encourage the Arab nations to be more involved in the crypto revolution. GULF focuses on the community on Twitter, Telegram, and other social media platforms. GULF wants everyone to be a part of the digital ecosystem by actively participating in the imminent Web3.”

Asfar also spoke at length about his company’s UAE operations and said, “We are happy to inform that Gulf Coin is currently accepted in the following countries—Germany, Dubai, Serbia, Thailand, Mexico, and Hong Kong as a form of payment. Users will have the same ease of use with Gulf Coin as with their credit/debit cards in any of these nations. Individuals may use Gulf Coin to pay for drinks or appetizers at the vending machine.

Speaking specifically of Dubai, there will be more than 500 locations where token holders can spend Gulf Coin. Plans are underway to make Gulf Coin available in other countries very soon.

Somewhere I have read a line that “if you are loyal to your struggle, you are bound to achieve the goal.” The same thing I have felt about His Highness Sheikh Mohammed Bin Rashid Al Maktoum, Vice President and Prime Minister

According to Dubai Chamber’s latest forecast E-commerce sales in Dubai are forecasted to jump 23 per cent to reach $27 billion in 2022, driven by the COVID-led digital shift and changing consumer demands, which are levelling the playing field.

The MEXC Global has recently achieved the title of ‘Best Crypto Exchange in Asia’ at the Crypto Expo Dubai held in Dubai. From the bear market in 2018, to the rapid rise in 2019,