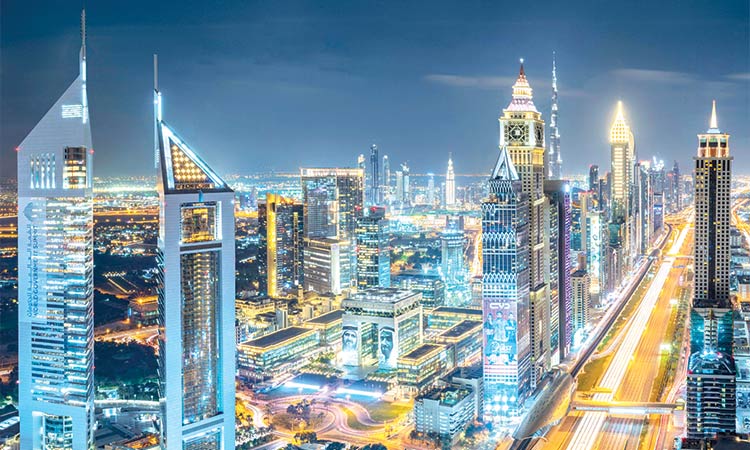 The 2021 was an exceptional year for the Dubai real estate market, as new trends emerged and led to record sales’ growth.

The sum of the amount of mortgaged properties for the week was 1.67 billion, with the highest being a land in Al Karama, mortgaged for Dhs 182 million.

100 properties were granted between first-degree relatives worth Dhs 235 million. Meanwhile, W Capital, the leading Dubai real estate brokerage , has assessed the performance of the real estate sector in the Emirate of Dubai,  in record numbers in terms of sales and transactions in the last 12 and a half years, based on the latest data issued by the DLD.

The value of real estate sales exceeded Dhs150b in 2021, the highest in 12 years, and the total number of sales transactions during the year was the highest since 2013.

“In general, 2021 was an exceptional year for the Dubai real estate market, as new trends emerged and led to recording sales numbers not seen in eight years,” Al Zarooni said. The real estate expert revealed that the sector has maintained the upward growth momentum over the past decade thanks to the wise vision of the UAE leaders and their conscious economic respond to the challenges, as well as their developing and implementing ambitious plans to make Dubai the best place to live and work, not only in the region but globally also.

He pointed out that the sector  is still exceptional with record levels of sales despite the economic challenges represented by the Covid-19 pandemic more than two years ago, which had unprecedented repercussions on the global economy, still felt everywhere up till now. The real estate sector is still at the top of the Dubai economy in all its aspects.

“In recent years, the sector has benefited from organizing the Dubai Expo 2020, which took place  during the six months ending in March 2022,  highlighting Dubai, most notably its global position as a safe haven for investment and residence,” he added.

Al Zarooni revealed that the recovery in demand is led by a large segment of buyers specially foreigners and investors who buy luxury real estate. They chose Dubai, especially after the success of the precautionary measures during the “Covid-19” pandemic, to benefit from living in a safe and healthy environment, at the same time grabbing the opportunity to invest in the booming Dubai.

The chairman believes that the market still has good investment opportunities and the price level is still about 20% lower than its peak recorded in 2014.The economic expectations regarding the growth of the non-oil sector during the current year help the real estate sector to prosper and expand further.

He stressed that the real estate sector continues to confirm its position as a basic pillar of growth for all sectors and economic activities in the emirate, pointing to the investment attractiveness of Dubai compared to competing markets where it provides all options for investors from ready to off-plan sale, mortgages, gifts and other features that increased the attractiveness of the local market.

W Capital Real Estate Brokerage” was established in 2007 in the United Arab Emirates, specializing in real estate development, buying, selling, renting as well as consulting services for real estate companies. Since its inception, the company has sold over AED 200 million of properties to major developers.