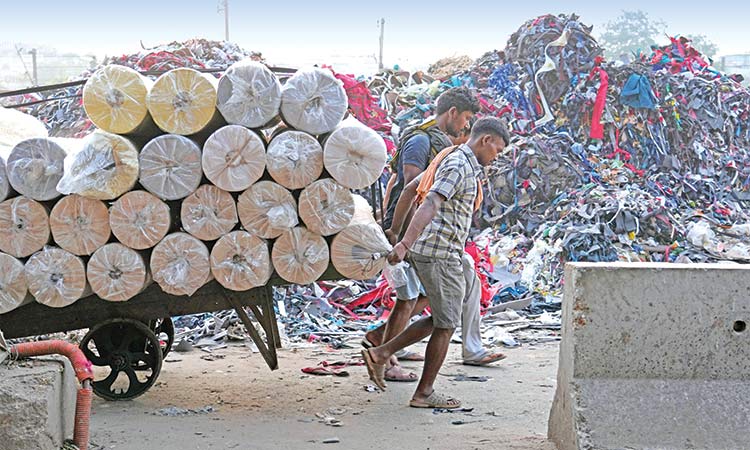 Labourers carry a cartload of goods in the old part of New Delhi on Friday. Associated Press

India’s economic recovery from the pandemic shock has sustained in FY22 and the momentum is expected to broadly continue through the ongoing FY23, though with risks of downside from the geopolitical shock and its spillovers, said the RBI’s Annual Report for 2021-22 released on Friday.

Despite the risks, the report said the recovery is “getting entrenched and is broadening”, besides the Union Budget for FY22 envisioned the roadmap for ‘India at 100’, with a focus on demand side measures.

Furthermore, the National Infrastructure Plan (NIP) amounting to Rs 100 lakh crore and the National Monetisation Pipeline (NMP) involving Rs 6 lakh crore - both targeted for completion by FY25, are also expected to give a major thrust to infrastructure spending, it added.

“The focus on supply side management through ‘process reforms’, facilitating the smoothening and simplification of processes in some sectors where government’s presence as a facilitator or regulator is necessary, would help improve the resilience of the Indian economy.”

Overall consumer and business confidence remains resilient in spite of the third wave on the back of the accelerated pace of vaccination and better prospects for economic activity.

“A full recovery in aggregate demand is, however, contingent on a turnaround in private investment. On the supply side, there is a resurgence in mining and manufacturing sectors. The services sector, which felt the brunt of the pandemic, is staging a broad-based recovery since Q2FY22.”

The report stressed upon reforms in the labour market so as to adapt to the pandemic by reskilling workers. On financial markets in FY22, the report said that abundance of liquidity and accommodative monetary policies in major economies had pushed financial asset prices to all-time highs. The market was bolstered also by stimulus packages and easing of Covid-19-led restrictions.

The financial markets in India remained vibrant amidst easy liquidity conditions, although the severe second wave of the pandemic during April-May 2021 dampened sentiments. The equity market continued to register double digit growth in FY22 in sync with the global peers with optimism on large scale vaccine rollouts and resurgence in economic activities.

Equity Indices: Capitalising on their opening session gains, domestic equity benchmark indices settled week’s last trading session sharply higher in the green led by gains in IT, media, and banking stocks coupled with strong global cues. Nifty IT was the top sectoral gainer at 2.5 per cent.

With Friday’s gains, indices have managed to chart on the positive territory for the second straight day.

“Joining the global rally, the investors were in a buying mood following favourable retail earnings in the US,” said Vinod Nair, Head of Research at Geojit Financial Services. Receding FII selling also provided comfort to the domestic market in bringing down volatility.

“The RBI’s upcoming policy meeting will be a key factor in the market, where they are expected to announce an additional policy rate hike of 25-35 basis points.”

The size of the Reserve Bank of India’s (RBI) balance sheet increased by 8.46 per cent as on March 31, 2022, mainly reflecting its liquidity and foreign exchange operations during the entire fiscal year.

FY22 was the first full year of the April-March accounting cycle after transition from July-June. It shifted to a new accounting year in FY21 which was for nine months ended March 2021.

India’s foreign exchange reserves rose by $835 million during the week ended July 16.According to the Reserve Bank of India’s (RBI) weekly statistical supplement, 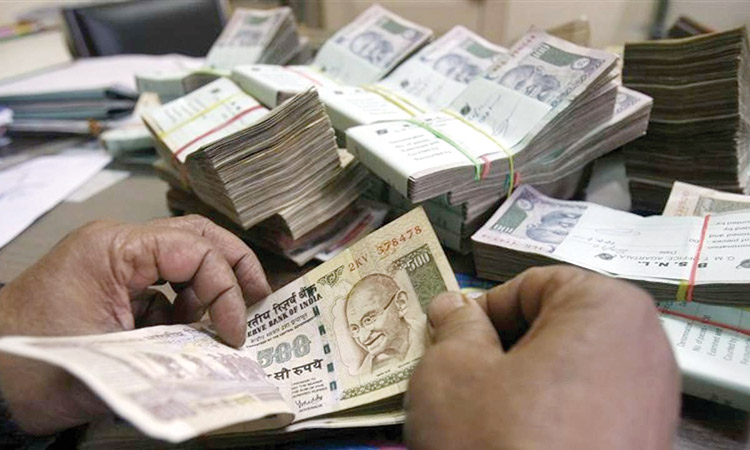 The monetary policy committee (MPC) of the Reserve Bank of India (RBI) has unanimously voted to increase the policy repo rate by 50 basis points to 5.40 per cent. Consequently,