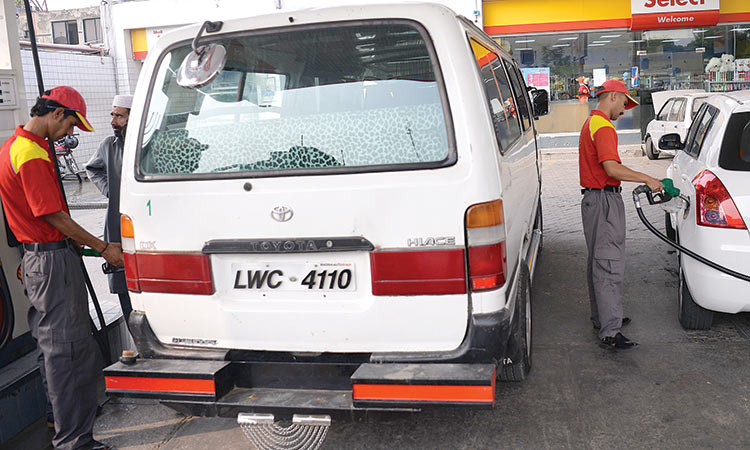 Pakistan on Thursday announced it will hike fuel prices so that it can resume receiving aid from a $6 billion package signed with the International Monetary Fund (IMF) in 2019, Finance Minister Miftah Ismail said.

Ismail said in a tweet the new prices with a rise of Rs30 a litre will come into effect by Friday.

Reuters reported earlier on Thursday that the IMF and Islamabad had reached a deal to release over $900 million in funds, once Pakistan removed the fuel subsidies and hiked prices, according to a Pakistani source directly involved in talks in Qatar.

"When we raise fuel prices, the deal will be done. We have worked out the outlines of a deal," the source said in a text message after the end of the talks in Doha. 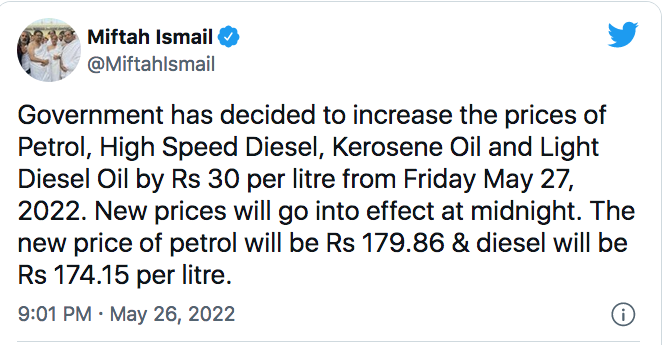 The price hike has been the main issue between Pakistan and the IMF as part of an agreement to withdraw subsidies in oil and power sectors to reduce the fiscal deficit before the annual budget is presented next month.

Ousted prime minister Imran Khan had given the subsidy in his last days in power to cool down public sentiments in the face of double-digit inflation, a move the IMF said deviated from the terms of the 2019 deal.

In addition to the $900 million, if IMF clears the seventh review as a result of the talks, it will also unlock other external financing for the cash-strapped South Asian nation, whose foreign reserves cover less than two months of imports.

About half of the funds out of the $6 billion deal are yet to be released, and it is not clear when the IMF review would take place.

Pakistani rupee drops to all-time low against US dollar

Meanwhile, Pakistan's rupee hit a historic record on Thursday of Rs202.01 against the US dollar in the interbank market, below the previous close of Rs201.92, the media reported.

In line with the financial pundits' predictions, the local currency continued its downward slide following the delay in the revival of the IMF programme, Geo News reported.

The IMF assistance has been stalled since a disagreement with the previous government over energy subsidies in late February.

Pakistan is facing a fast depletion of foreign exchange reserves and analysts have been warning that the country is at risk of defaulting on its external debts.

The mounting political unrest, after the former Pakistan prime minister Imran Khan marched towards the federal capital and gave a six-day ultimatum to the government to force early elections, shook investors' confidence in the economy, putting pressure on the local unit.

The country needs foreign inflows to bolster its forex reserves, which have fallen to $10.2 billion, enough to meet the cost of fewer than two months of imports.

Located in Al Rahmaniya residential area on the E611, both service stations are part of a larger plan to construct 12 new stations in Sharjah by the end of the year to meet the increasing demand for fuel and automotive services in the emirate. 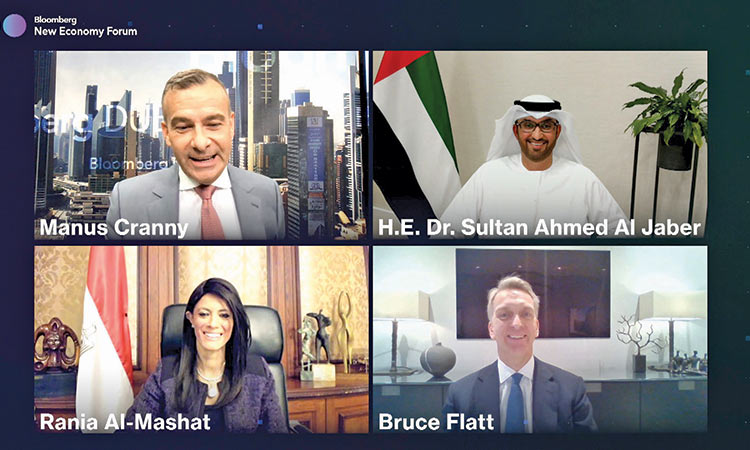 The global oil demand remains resilient and points at signs for optimism but we still need to focus on costs, said Dr Sultan Ahmed Al Jaber, UAE Minister of Industry and Advanced Technology and Group CEO of the Abu Dhabi National Oil Company

Oil prices plunged below zero on Monday as demand for energy collapses amid the coronavirus pandemic and traders don’t want to get stuck owning crude with nowhere to store it.