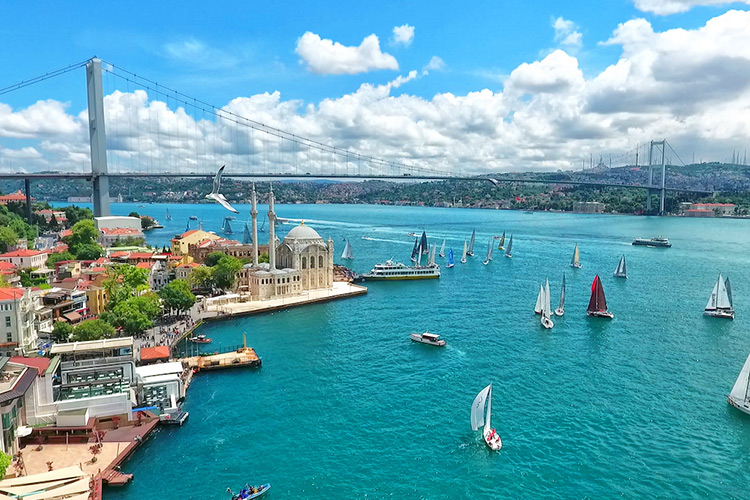 In Turkey, brands that have something to say and stories to tell the press do so through press releases. Online PR services, which offer solutions such as press release writing, press release distribution via news agencies and media lists, media monitoring and reporting, stand out as the most cost-effective and efficient option.


In Turkey, press releases are one of the main tools of public relations most frequently utilized by brands. Companies produce remarkable press release content, in which they bring together news with corporate developments, new cooperations, and opinions regarding the relevant sector. In Turkey, companies that distribute press releases are more likely to increase their visibility on the most visited news websites.

Additionally, apart from the domestic news channels and websites, there are many foreign-based media outlets operating in Turkey, the regional offices of which are also located in the country. So, it is safe to say that there is a vibrant media ecosystem in Turkey. A report by Reuters Institute shows that online platforms including social media, are the main source of news for 81% of the Turkish audience. While the share of those who get their news via television has decreased from 75% to 60% from 2015 to 2021, the share of print media is 30%.

This dynamic media scene in Turkey also serves as an excellent playground for PR agencies, PR companies, and PR services that offer press release writing and distribution solutions. The dominance of online platforms in the industry has fostered the rapid popularization of online PR services, which represent an online business model regarding the provision of solutions such as press release distribution.

Now that we talked about the media ecosystem in Turkey, let's see why it is important to regularly distribute press releases.

Why is press release distribution important in Turkey?

In Turkey, there are hundreds of PR agencies and companies that offer services to brands of different scales and sizes, in various scopes. This proves that the public relations industry in the country is strong and that communications strategies tend to play a central role in brands' interactions with the public. Especially the PR agencies located in Istanbul and Ankara help companies share their corporate values, products and services, successes, and strengths with the press. Companies can get what they expect from press release distribution as long as the planning, the content, and the distribution methods are right. Among the expectations in question are:

—    Being featured on the most-visited news websites: In Turkey, where online outlets are the number one source of news, being featured in the news articles published on the most frequently visited news websites, as well as in the news distributed via news agencies, offers many short- and medium-term gains. Numerous media organizations in Turkey publish content coming from news agencies as soon as they receive it. Thus, the messages of the brand spokesperson and the company may receive numerous impressions on tens of different news platforms in the span of only a week.

—   Reaching out to industrial correspondents via media lists: Online PR services, fully aware of their need to expand their content distribution channels to provide their services in the best way possible, do so via media lists that comprise the contact information of journalists and media organizations that focus on specific industries, which enables a much more effective distribution of press releases in Turkey.

—    Brand visibility and reputation: Companies that place press release distribution at the center of their communications strategies and regularly make small investments in this area receive their return on investment as brand visibility and reputation. Considering that consumers search on the internet before purchasing a product or service, being featured on the most visited news websites with press releases in which keywords such as "brand", "industry", and "spokesperson" are used positively affects sales even in the short term.

What is the best way to distribute press releases in Turkey?

—   PR agencies have been offering the press release distribution service, in addition to other services, to companies of different sizes for years now. However, PR services, which are a product of digital transformation and represent an online way of seeking and providing PR solutions, stand out as a much more advantageous option for companies. Indeed, PR agencies mostly operate on a monthly or yearly subscription model, which makes these agencies inaccessible to small-size organizations.

In Turkey, Online PR Service B2Press offers solutions such as press release writing, distributing, media monitoring, and reporting with a service-based model at affordable prices. Here's what B2Press offers to companies that seek to distribute press releases in Turkey:

—    Press release writing: Editors who are experts in their respective areas write newsworthy press releases in Turkish which attracts the attention of journalists. Thus, the attention-grabbing content created with the data-driven journalism process is more likely to go viral.

—    Special features and interviews: Companies that want to further increase the impact of their press release and contribute more to brand visibility can ask to publish a slightly more differentiated version of their press release, in which brand spokespersons statements are more intensely elaborated, on news portals such as NTV, Karar, and Dunya. In addition to press releases and special features, advertorial (branded) content, backlink content, or SEO-friendly articles can be published on these platforms.

If you want your press release to be featured on over 50 news portals in Turkey, B2Press can help you out. Check our website for prices now.

A dessert restaurant in Turkey has announced a project for creating NFTs of traditional Turkish desserts. This project was announced to the public by following the Online PR Service model.

-    The press release distributed via Demirören News Agency (DHA) and sent to media lists was featured in a total of 144 news websites, including but not limited to Habertürk, Cumhuriyet, Haber7, NTV, Takvim, Posta, Sputnik, Gazete Duvar, and Karar.

-    The press release was featured on the homepage of 62 news portals and reached a total of 3,173 journalists, being translated to English and featured by Daily Sabah. In addition, actor İbrahim Selim covered the news in his famous talk-show program on YouTube.

-    The press release was read nearly 1 million times and its impact was equal to a total advertising budget of $7,000. It was also featured in a total of 5 newspapers, including Akşam, Takvim, and BirGün.

As a result, this brand utilized the press release distribution in Turkey solution offered by Online PR Service B2Press, and now it has achieved increased brand visibility and gained an ever-lasting presence in Google search results. Moreover it had all of them for a very reason