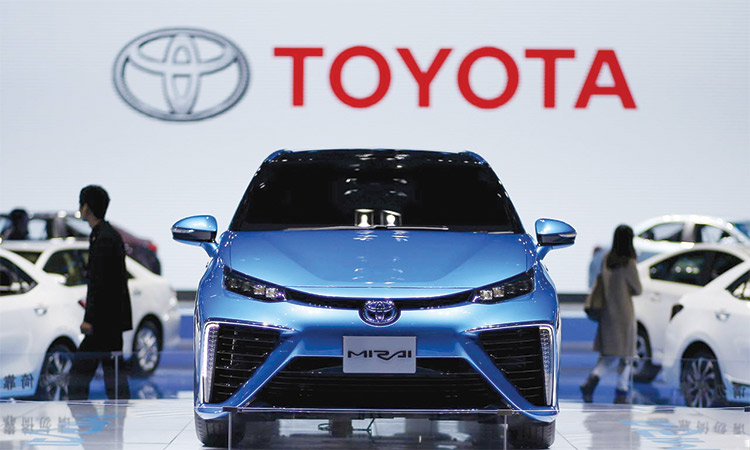 The automaker has reported a 33% drop in fourth-quarter's operating profit.

Toyota Motor warned “unprecedented” hikes in raw material costs could slice a fifth off full-year profit, a clear sign the world’s top automaker by sales can no longer shrug off the supply-chain crunch that has roiled the global industry.

Also reporting a 33 per cent drop in fourth-quarter operating profit, the Japanese giant saw its shares slide more than 5 per cent on Wednesday, before closing down more than 4 per cent - their biggest one-day fall in two months. The Tokyo benchmark was up 0.3 per cent.

Toyota had fared well during the earlier months of a global semiconductor shortage, thanks to its larger stockpile of chips, but it has now joined rivals in slashing production thanks to the prolonged crunch, as well as China’s fresh COVID-19 restrictions.

The home of the famed Corolla compact car said it expects materials costs to more than double to 1.45 trillion yen ($11.1 billion) in the fiscal year that started in April, which it expected to deal with by switching to lower-cost materials.

“We need to think about how we can respond to material inflation by eliminating the distinction between original equipment manufacturers and suppliers and working together as one,” chief financial officer Kenta Kon told reporters, referring to car makers.

“Since the price of materials is rising, we need to work to reduce the amount of materials we use as much as possible and to replace them with less expensive materials.”

The automaker expects to sell 8.85 million vehicles globally this fiscal year, up 7.5 per cent from last year.

Toyota, which in December committed 8 trillion yen to electrify its cars by 2030, said raw material costs tend to be even higher for battery electric vehicles (BEV).

Customers, however, are sensitive to price hikes, said Chief Technology Officer Masahiko Maeda, making it hard for Toyota to pass on rising costs, a feat that EV leader Tesla Inc has managed to do successfully.

Toyota, champion of hybrid cars, has lagged peers in EV investments. It previously forecast 3.5 million in EV sales a year by 2030, or around a third of its current vehicle sales, behind closest rival Volkswagen.

For the current fiscal year, Toyota forecast operating profit will fall about 20 per cent to 2.4 trillion yen. Analysts had expected earnings to rise 12% to 3.36 trillion yen, according to Refinitiv.

In the January-March quarter, its profit slumped to 463.8 billion yen, also significantly below an average estimate of 521.1 billion yen.

In China, auto sales nearly halved in April, while Tesla’s sales were almost wiped out as factories were shut and lockdowns hit demand.

On Tuesday Toyota cut its global production target for May by around 50,000 vehicles to about 700,000 as it plans to suspend some operations for up to six days due to China’s lockdowns.

The plan follows several cuts in its production plan between April and June after suppliers were frustrated by repeated production changes.

Still, Toyota predicted worldwide recovery from the pandemic would help the Chinese as well as US vehicle market grow stronger for the current fiscal year.

Meanwhile Japan’s biggest oil and gas explorer Inpex Corp raised its net profit forecast for 2022 by 20 per cent to a record 300 billion yen ($2.3 billion) thanks to higher-than-expected oil prices and a lower yen against the US dollar.

Its annual net profit prediction was raised from its February estimate of 250 billion yen as the company revised its assumption of an average Brent oil price to $85 a barrel from $75 a barrel and the yen’s rate against the dollar to 120 yen from 110 yen.

“Revised outlook is based on conservative assumptions of oil price and forex,” he added, suggesting an upside potential if the latest oil prices of around $104 a barrel and the level of the yen at around 130 continue. 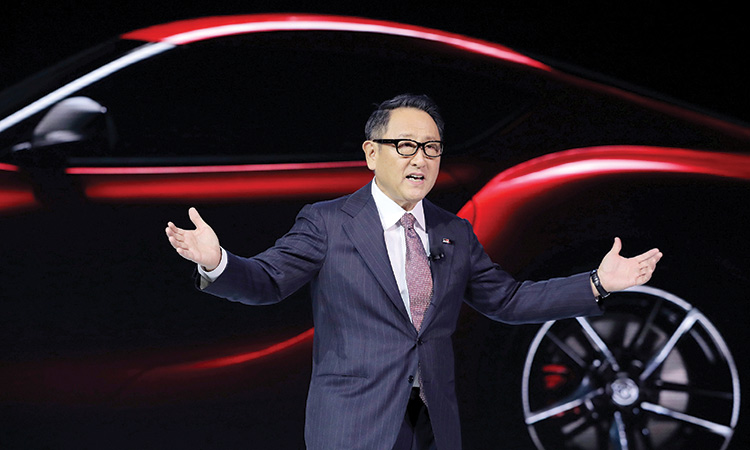