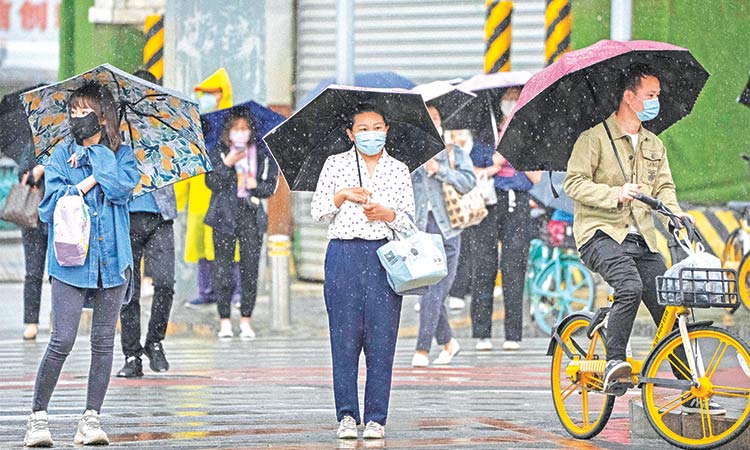 Commuters wait to cross an intersection on a rainy morning in Beijing. Associated Press

China’s foreign exchange reserves fell by $68 billion in April, the biggest drop in five and half years, official data showed on Saturday, as the dollar climbed while foreign investors dumped Chinese stocks amid worries about the slowing economy.

The country’s foreign exchange reserves - the world’s largest - fell to $3.12 trillion last month from $3.188 trillion in March, the biggest monthly drop since November 2016.

Analysts polled by Reuters had expected the reserves to fall to $3.133 trillion in April.

The State Administration of Foreign Exchange (SAFE) said in a statement that the 2% drop in April reserves from March mainly reflected valuation effect as the dollar gained against other major currencies, and changes of global asset prices.

“In April 2022, China’s cross-border funds generally continued the trend of net inflows, and the supply and demand in the domestic foreign exchange market remained basically balanced,” the SAFE said.

The yuan fell 4% against the dollar in April, while the dollar rose 5% in April against a basket of other major currencies.

Overseas investors extended their selling of Chinese shares into April on mounting worries about the impact of prolonged COVID-19 lockdowns and the fallout of the Ukraine-Russia war.

China’s foreign exchange reserves dropped $130 billion in the first four months, the official data showed. They had climbed $33.6 billion in 2021.

China’s central bank said on Friday it launch a 100 billion yuan ($15 billion) relending facility to support the transport, logistics and storage sectors which have been hit hard by COVID-19.

The People’s Bank of China (PBOC) will better combine its broad-based and structural policy instruments, and constantly optimise its structural policy system, it said in a statement posted on its Wechat account.

“Monetary policy should coordinate with fiscal and industrial policies to jointly boost the confidence of market players, stimulate market drivers, support the real economy and achieve the goal of stable growth,” the central bank said.

The PBOC has increasingly relied on targeted policy tools, including low-cost loans, to support the slowing economy, as it faces limited room to cut interest rates for fear of fuelling capital flight and inflation.

Such structural policy instruments will give financial institutions more incentives to boost lending at lower funding costs to small firms and weak links of the economy, the central bank said.

On Wednesday, the PBOC said it had allocated an additional 100 billion yuan worth of loans dedicated to coal production and storage.

Audit deal talks: US regulatory officials have arrived in Beijing seeking to settle a long-running dispute over the auditing compliance of US-listed Chinese firms, three people familiar with the matter told Reuters.

The stand-off, if not resolved, could see Chinese firms kicked off New York bourses. This week the US Securities and Exchange Commission (SEC) added over 80 firms, including e-commerce giant JD.com and China Petroleum & Chemical Corp to the list of companies facing possible expulsion.

The talks between officials from the US Public Company Accounting Oversight Board (PCAOB) and their counterparts at the China Securities Regulatory Commission (CSRC) can be described as ‘late stage’ after China made concessions in recent months, the people said.

The PCAOB officials are expected to exit quarantine and start working next week, one of the people said. If this visit proceeds as expected, the PCAOB is likely to send a bigger team to China later this year to conduct on-site inspections of local auditors, the person said.

The PCAOB sent representatives to China for face-to-face negotiations earlier this year, said two of the people.

The sources declined to be identified due to the sensitivity of the issue. The CSRC did not directly address Reuters queries about the arrival of PCAOB officials or the status of discussions.

The PCAOB did not respond to requests for comment prior to the original publication of this story on Friday.

Later a spokesman for the agency said in an email: “Recent reports that PCAOB officials are currently in China, or that PCAOB officials were in China earlier this year to conduct face-to-face negotiations, are untrue. The PCAOB has not sent any personnel to China since 2017.”

He added that the agency continues to engage with the Chinese authorities but “speculation about a final agreement remains premature.” As a result, the PCAOB is planning “for various scenarios,” the spokesman said. Authorities in China have long been reluctant to let overseas regulators inspect local accounting firms, citing national security concerns. 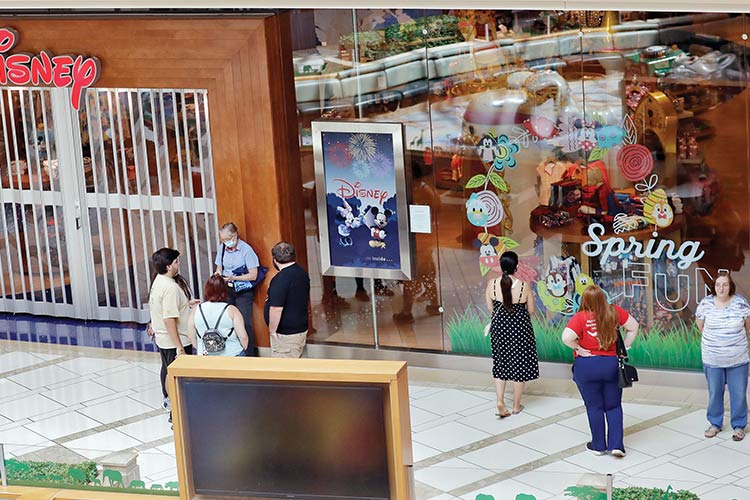 World shares climbed on Thursday after Chinese exports proved far stronger than even bulls had imagined, while bond investors were still daunted by the staggering amount of US debt set to be sold.