Sheraa and Alef announce winners of the Access Sharjah Challenge 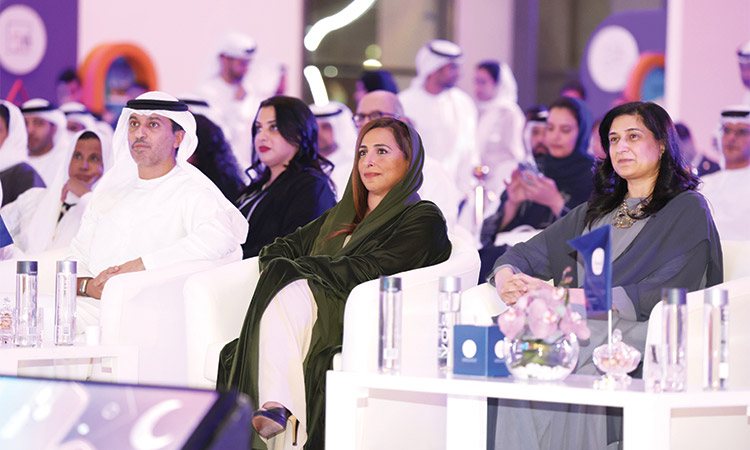 The awards were announced in the presence of Bodour Al Qasimi, Sheraa Chairperson; Dr Ahmad Belhoul Al Falasi, Minister of State for Entrepreneurship and SMEs; Mubarak Al Nakhi, Undersecretary of the Ministry of Culture and Youth; Issa Ataya, CEO, Alef Group; and Najla Al Midfa, CEO of Sheraa, at a lively Ramadan Majlis.

The event also celebrated Sheraa’s special milestones in successfully inspiring entrepreneurial innovation in Sharjah and the UAE and deliberated on future strategies to continue mentoring innovative startups in a diversity of sectors.

Describing the holy month as a yearly opportunity to make meaningful changes, Bodour Al Qasimi congratulated the winners of the Access Sharjah Challenge for believing in their ideas and courageously undertaking entrepreneurial journeys of solitude into an unknown future.

Bodour Al Qasimi further described entrepreneurship as “a journey of faith”, adding that the Sheraa Ramadan Majlis brought entrepreneurs a fresh chance to read, reflect, think and learn, and find strength to go with what they truly believe in.

An insightful take from Dr Ahmad Belhoul Al Falasi on the future of entrepreneurship came next.

“The value of the SMEs sector to our economy cannot be overstated. With 94 per cent of the national economy being represented by startups, the sector forms the cornerstone of economic growth and diversity. Going forward, our leadership’s goal for this sector is to contribute over 65 per cent to our gross non-oil economy”, the minister told the event’s attendees including leading government and private sector ecosystem players, startups, and Sheraa alumni.

“However, venture-building dreams can only be realised with sufficient access to mentorship, a supportive growth environment and funding, which makes the role of entities like Sheraa critical to not only building and empowering successive generations of entrepreneurs in the UAE, but also to reinforcing the nation’s position as a strong, globally-connected startup hub”, he added.

Jointly launched earlier in January by Sheraa and Alef Group and held in partnership with the UAE Ministry of Culture and Youth, the current edition of Access Sharjah Challenge, titled ‘Al Mamsha’, is a pitching competition to empower innovative entrepreneurs invested in accelerating the development of Sharjah’s and the GCC’s fast-growing food and beverage (F&B) and retail sectors.

Through capsule collections, Nature Hedonist’s founders seek to encourage sustainable and soulful daily wear. All winners will receive turnkey fit-out services in their retail setups from Alef Group along with setup support from Sheraa. 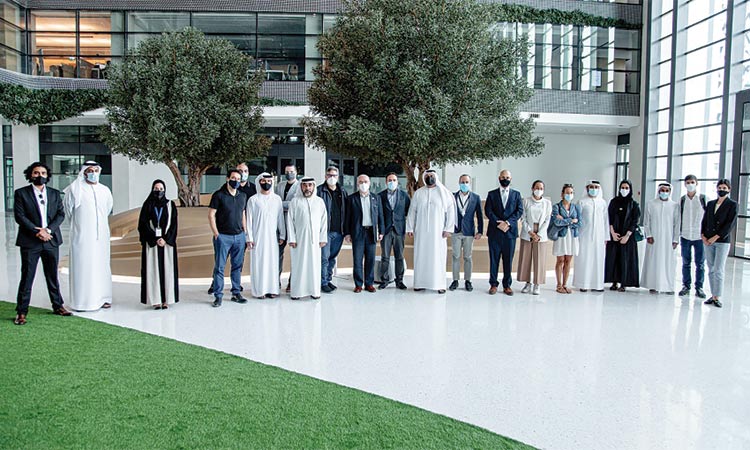 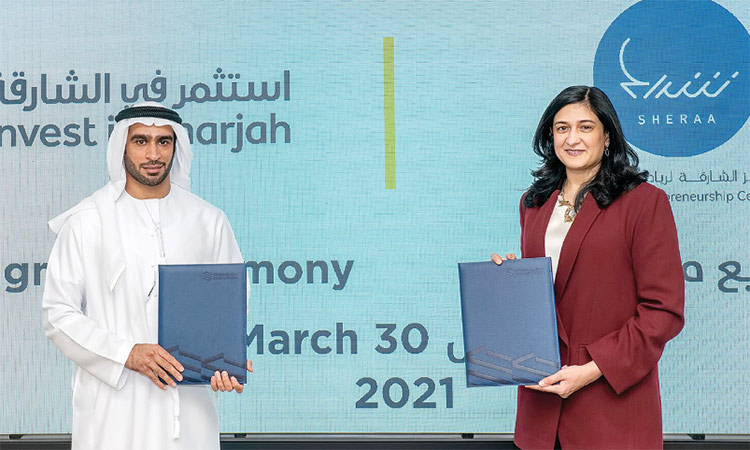 A new partnership between Sharjah Entrepreneurship centre (Sheraa) and Sharjah FDI Office (Invest in Sharjah) is poised to take Sharjah’s ecosystem offerings to the next level.

The Sharjah Entrepreneurship centre (Sheraa) has revealed the first eight startups to be part of the newly launched Sharjah Startup Studio (S3). The eight startups were selected from a pool of over 150 applicants,