EFG Hermes completes advisory on $6.1b IPO of Dewa on DFM - GulfToday

EFG Hermes completes advisory on $6.1b IPO of Dewa on DFM 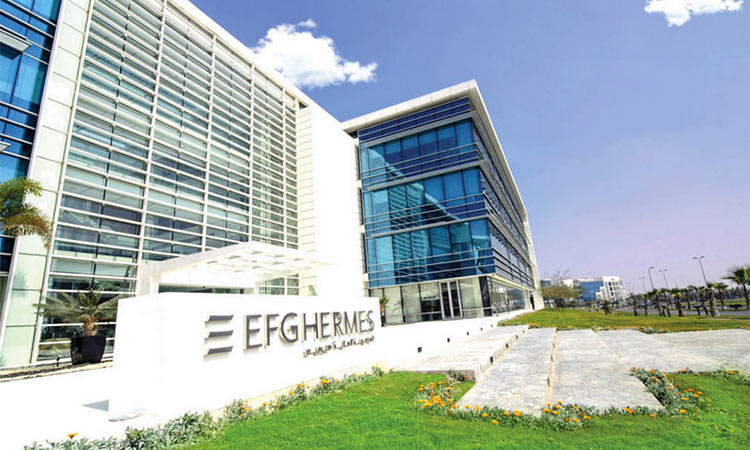 With a healthy pipeline of IPOs lined up, the UAE boasts numerous and diverse investment opportunities for businesses.

EFG Hermes, the leading investment bank franchise in Frontier Emerging Markets (FEM), announced on Tuesday that its investment banking division has successfully completed advisory on Dubai Electricity and Water Authority’s (Dewa)  $6.1 billion initial public offering (IPO) on the Dubai Financial Market (DFM) – the largest ever listing in the Middle East since 2019 and a first-of-its-kind transaction of a public company in Dubai.

Dewa, Dubai’s utilities giant and exclusive water and electricity provider in the emirate, listed 9.0 billion shares on Tuesday — representing 18% of its share capital — at a price of Dhs2.48 per share, implying a market capitalization of Dhs124 billion and making it the largest company on the DFM. Dewa’s shares began trading under the ticker Dewa UH EQUITY.

“We are honoured to have advised on this historic listing — not just for the DFM but the Middle East as a whole — which has spurred unprecedented foreign and local investment into the market by giving them first-time access to Dubai’s burgeoning energy sector,” said Mohamed Fahmi, EFG Hermes’ Co-Head of Investment Banking. “We believe that the Dewa offering will reignite activity on the DFM and the strong investor appetite is testament to the interest of all investor types in the DFM and the overall Dubai growth story,” added Fahmi.

“With a healthy pipeline of IPOs lined up, the UAE boasts numerous and diverse investment opportunities for clients, and we’re expecting it to become a regional hub for investors in the near future. The transaction follows an extremely successful year of executions for us in the GCC where we advised on landmark listings such as ACWA Power’s offering on Tadawul, Adnoc Drilling’s milestone IPO on the ADX, and Fertiglobe’s listing on the ADX,” concluded Fahmi.

Dewa is a fully integrated utilities company and the exclusive provider of electricity and potable water to Dubai’s 3.5 million residents and millions of annual visitors. It is also the lynchpin of the emirate’s net-zero energy transition by 2050 in line with the Dubai Net Zero Carbon Emissions Strategy 2050 and Dubai Clean Energy Strategy 2050.

Dewa has added 16 substations at its Mohammed bin Rashid al Maktoum Solar Park and another district in 2021 on the heels of expectations that the emirate’s population will grow to 5.8 million in 2040. With the year just ended seeing energy demand increase by almost 10% in the emirate, it boosted the utility’s investments in existing and completed electricity projects to Dhs9.5 billion ($2.59 billion).

The listing of the Dubai utilities giant falls in line with Dubai’s plans to take 10 state-owned companies public this year as part of its efforts to deepen and diversify the capital market by bringing the index’s market capitalization to AED 3 trillion (USD 816.86 billion) and in turn pave the way for stronger, more transparent governance structures. The Abu Dhabi Securities Exchange saw nine listings in 2021, expects 13 this year, and was ranked the best performing exchange globally in 2021.

With a current footprint spanning 13 countries across four continents, EFG Hermes Holding (EGX: HRHO.CA – LSE: EFGD) started in Egypt and has grown over 38 years of success to become a universal bank in Egypt with the leading investment bank franchise in Frontier Emerging Markets  (FEM). Drawing on our proven track-record and a diverse team of talented employees, we provide a wide spectrum of financial services that include advisory, asset management, securities brokerage, research and private equity to the entire MENA region.

In 2015, EFG Hermes launched its Non-Bank Financial Institutions (NBFI) Platform, which overlooks activities in the non-banking finance field covering microfinance, leasing, factoring, Buy-Now, Pay-Later (BNPL), mortgage and insurance. This falls in line with the Firm’s strategy to focus on two main pillars: product diversification and geographic expansion into non-MENA markets, which has seen the Firm establish a physical presence in Pakistan, Bangladesh, Vietnam, Kenya, Nigeria, the United Kingdom and the United States. In 2021, the firm acquired a controlling stake in aiBANK allowing the Firm to transform into a universal bank in Egypt.