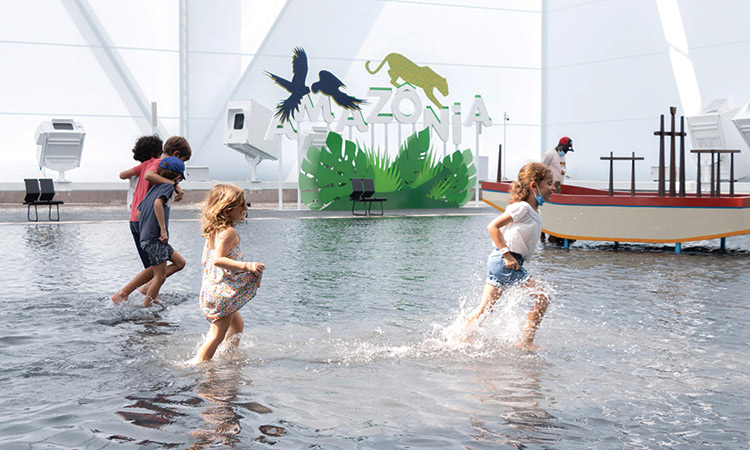 Children enjoying at the Water Plaza in Brazil Pavilion at Expo 2020 Dubai.

Brazil on Friday said the country’s participation at the Expo 2020 Dubai catalysed and cemented its relationships with the UAE, the Middle East and other global nations that was part of the nearly 200 country participants of the six-month long show.

In a closing note, Brazil Pavilion spokespersons expressed their appreciation for the UAE Government and the Expo organisors for concluding a remarkably well organised world expo that stood out in its message to the humanity on sustainability and in the promotion of global trade and investment as well as political and cultural relationships between participating countries.

“For Brazil, the participation was a full-spectrum affair for half a year marked by the visit of the Prime Minister and other high level dignitaries and delegations to eye-catching cultural bonanza and high-street cooking events, to presenting an immersive experience to potential tourists on Brazil’s Amazon rainforest through a recreation of the diverse landscape of the country through cutting-edge technology,” said Elias Martins Filho, Commissioner General of Brazil Pavilion at Expo 2020 Dubai.

The $20 million Brazil Pavilion over 4,000 square feet with a shallow water blade across half of its space attracted 2.1 million visitors towards the close of the expo.

One of the distinctive highlights of Brazil’s participation was the visit of the country’s President Jair Bolsonaro and his meetings with the various UAE ruling dignitaries. During his visit, Brazil also conferred the country’s highest honour, the National Order of the Southern Cross on His Highness Sheikh Mohammed Bin Rashid Al Maktoum, Vice President and Prime Minister of the UAE and the Ruler of Dubai.

“From Capoeira, the martial art blended with music and dance from the northeast, to Michelin Guide-listed `Bib Gourmand,’ Chef Rodrigo Oliviero’s live Caatinga Biome Cooking Show and serious mutual trade and investment explorations as well as promotion of Brazilian tourism, Expo 2020 Dubai offered us a diverse platform. We are confident to carry forward the connections we made during the expo to the fruitful future of all partners we have been fortunate to connect with,” he added.

Brazil also donated a host of physical and digital pavilion memorabilia to the Expo Archives to keep the spirit of the memory of its participation alive.

During the expo, the Brazil Pavilion also celebrated the achievement of being chosen as a country which houses three of the seven world wonders and nature attractions– the Iguacu waterfalls, the Amazon, and The Christ the Redeemer statue in Rio de Janeiro, built in 1931. New7Wonders, the organisation that leads the selection of the new seven wonders of world and nature also unveiled Wonder Markers at the Brazil Pavilion.

“Overall, we have been able to present a complete picture of Brazil to a global audience and we are confident that this has done immense good to us in promoting the country’s culture, food, trade, travel and tourism and investments,” said Raphael Nascimento, Brazil Pavilion Director.

The Brazilian Export and Investment Promotion Agency (Apex-Brasil) is the nodal agency that managed the country’s participation at Expo 2020 Dubai.

The Brazilian pavilion will be part of this last thematic axis, reaffirming the importance of biodiversity, culture of environmental preservation, competitiveness based on sustainability and the portrait of Brazilian multiculturalism.

Expo Dubai 2020 represents a singular moment of promotion of Brazilian diversity and an opportunity to tell the world of its unique features.  The event is linked to the efforts of Apex-Brazil in the commercial promotion of agribusiness, innovative technologies, as well as the construction of an economically attractive country image and a natural destination for foreign investments.

It will also contribute to reinforcing the regional, gastronomic and ethnic multiplicity and immigration diversity of Brazil. 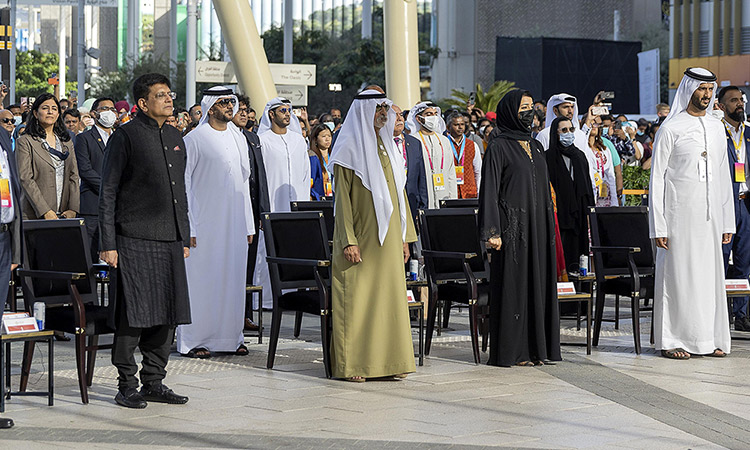 India celebrated its National Day at Expo 2020 Dubai with cultural celebrations and support from a cheering crowd. 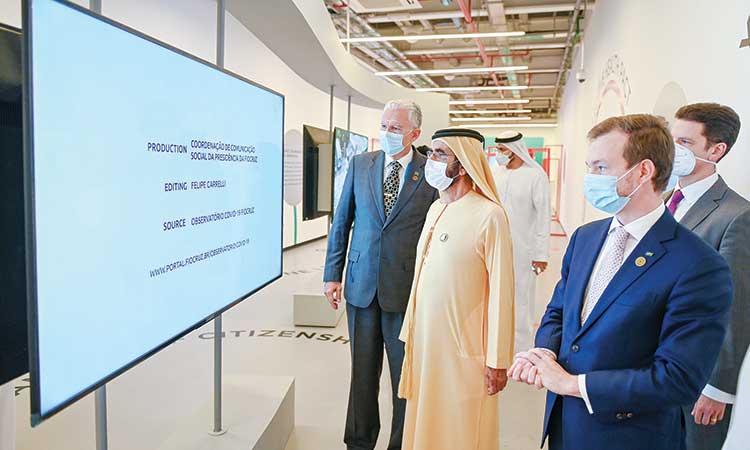 His Highness Sheikh Mohammed Bin Rashid Al Maktoum, Vice President and Prime Minister of the UAE and Ruler of Dubai, toured the pavilions of South Korea and Brazil at Expo 2020 Dubai as part of a series of visits to country pavilions to explore 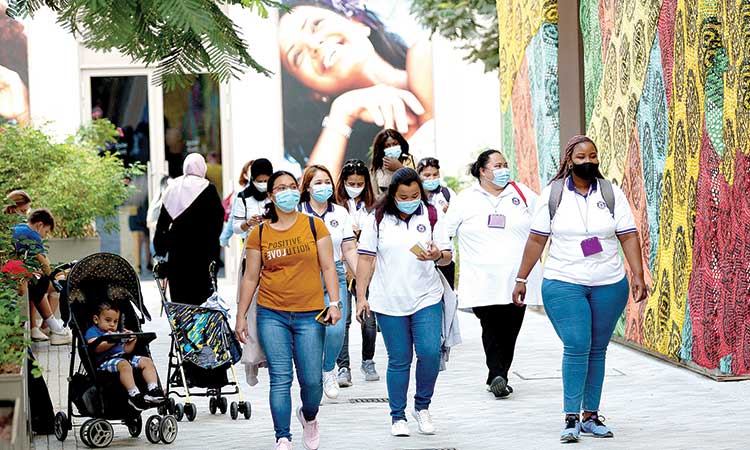 Abdul Rahman Bin Mohammad Bin Nasser Al Owais, Minister of Health and Prevention, has visited the Brazilian Pavilion to have a closer look at the biodiversity in Brazil, its rivers, and mangroves, as well as national programmes launched to preserve the environment