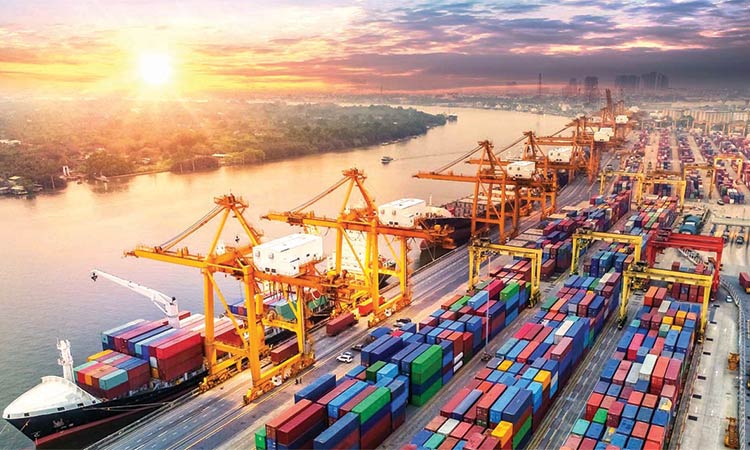 The total value of the UAE’s non-oil foreign trade in 2021 amounted to nearly Dhs1.9 trillion, reflecting a 27 per cent growth compared to 2020, and by 11 per cent compared to 2019, as the growth was consistent across all areas of trade, including exports, imports and re-exports.


The individual non-oil foreign trade figures of all emirates of the country also witnessed growth in varying levels, evidencing the comprehensive growth achieved by the UAE’s global trade.

Abdulla Bin Touq Al Marri, Minister of Economy, affirmed that the country’s non-oil foreign trade performance once again proves that the UAE, thanks to the support and directives of its wise leadership, is among the most vibrant trade and business hubs regionally, and the leading trade routes globally. He added that the comprehensive growth in the country's trade is a result of the forward-looking vision of the UAE’s wise leadership and proactive government policies to enhance the country's commercial attractiveness and diversify and expand its trade partnerships with global markets.

He added, "The UAE's foreign trade has by far passed the stage of recovery from the COVID-19 fallout on a global scale and has entered an advanced stage of growth and prosperity, as it saw over 11 per cent growth compared to the pre-pandemic stage. The all-encompassing positive results seen across import, export and re-export activities in all the emirates indicate a systematic and integrated growth powered by flexible and highly efficient trade policies and foundations for sustainable development."

Dr Thani Bin Ahmed Al Zeyoudi, Minister of State for Foreign Trade, noted that the non-oil foreign trade data recorded in 2021 is a new milestone for this vital sector, which is a major driver of the growth of the national economy and one of the key pillars that support the UAE's position in the trade and economic landscapes, both regionally and globally.

He added, "Thanks to the support of the wise leadership, the past two years have witnessed good growth rates in trade activities, which are taking a more positive trend today, reflecting the increasing growth in the country's foreign trade movement in general and the promotion of national non-oil exports in particular, which is still continuing its growing at high rates compared to 2019 and 2020."

He added, "These results are driven by the launch of the Projects of the 50 and the continuous efforts being made to enhance the UAE's position on the international trade map and ensure an attractive, vibrant trade environment that is open to the world and linked to a strong and diverse network of global supply chains. These efforts have laid solid foundations to sustain the growth of the country's foreign trade over the coming years. There is no doubt that these results will further enhance confidence among UAE-based business owners and those working in economic and commercial fields in, as well as trading partners from around the world, in the importance of the UAE as a capital of trade. They also highlight the UAE's capabilities and the opportunities it offers to ensure that commercial activities and businesses thrive."

China ranked first as the country's largest trading partner in 2021, accounting for 11.7 per cent of the UAE's total foreign trade with the world, and the value of non-oil trade exchange between the two countries amounted to Dhs212 billion, a growth of 27 per cent from 2020 and 19.8 percent from 2019.

The United States of America came in fourth, as its trade exchange with the UAE has grown by 8.1 percent compared to 2020, while Iraq ranked fifth.

KSA became second largest recipient of UAE exports, with a contribution of 10.7 per cent. It received Dhs38 billion of the country's exports, achieving a growth of 48 per cent compared to 2020 and by 22.4 percent compared to 2019.

The bilateral trade between UAE and China will continue to surge in the coming years as a result of the strong economic relations between the two countries, despite a temporary setback caused by the effects of the COVID-19 pandemic crisis.

UAE’s non-oil sector continued to expand sharply in January, according to the latest PMI survey data, though it lost some momentum since 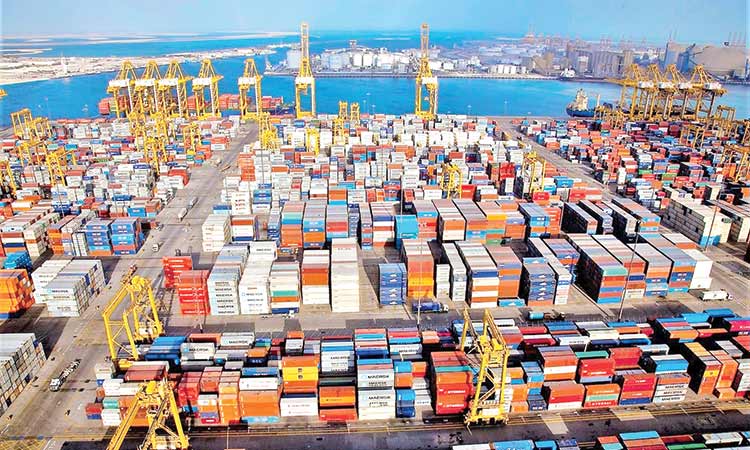 The initial indicators of the country’s non-oil foreign trade during the past months showed significant growth, specifically in non-oil exports, which increased by over 17 per cent during the first quarter of 2022.