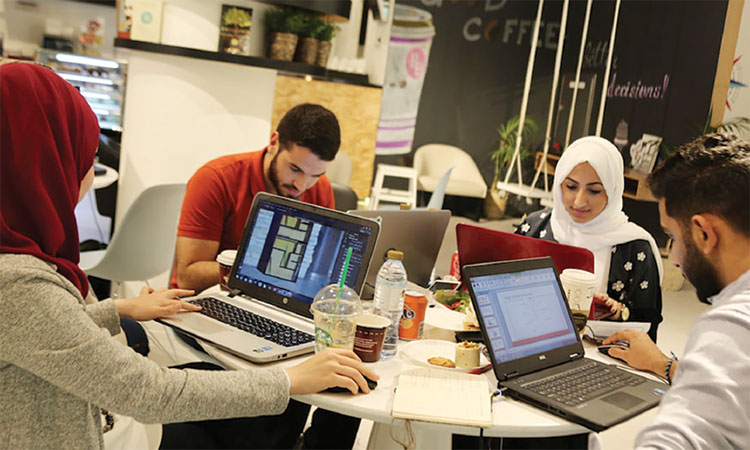 Mariecar Jara-Puyod, Senior Reporter
A project manager at a Northern Ireland-based company which has been providing economic development solutions to various organisations worldwide since 2001 has reiterated the well-established fact that entrepreneurship helps resolve local to global problems.

According to OCO Global Ltd.-Trade and Investment Division project manager Rana Abu Nemeh, the Middle East and North Africa (MENA) is definitely showing the way, even if it were also beset with universal socio-economic-political headaches.

She defined global problem as an “issue that affects the global community and environment, possibly in a catastrophic way, including environmental issues, political crises, social issues, and economic crises that generally require cooperation among nations. Openness, positive globalisation, and equality in distribution of opportunities and resources will feed into the greater good.”

“We can drive personal solutions by engaging multiple stakeholders in policy creation and having transparent measures of accountability and good governance,” Nemeh also said.

She enumerated the following as the top five global problems at least in the last half a decade, quoting the World Economic Forum: future of work and unemployment, inclusive growth, food security, gender equality and the future of the healthcare.

Nemeh said unemployment rates in the Middle East are at 27.2 per cent. It is 29 per cent in North Africa: “At the same time, MENA is experiencing a startling growth in both the number of successful start-ups, and the amount of investment funding available to them as a response to that global problem.

On inclusive growth, she cited the possibility that this is unrealistic in some parts of the globe because of nil “equitable opportunities for economic participants to achieve economic growth with benefits that are only acquired when every person or element of society is involved and sufficiently employed.”

Yet, because of the growing encouragement to entrepreneurship and consequent support to entrepreneurs, even “negative externalities such as corruption” could at least be minimised if not totally eradicated:  “A country’s pain cascades to its neighbours. However, entrepreneurs boost economic growth by introducing innovative technologies, products, and services. They empower as many people as possible to contribute to, and share in the benefits of sustainable economic growth. They also place vast emphasis on inclusiveness, especially on equality in terms of access to markets, resources and an unbiased regulatory environment, all of which are essential ingredients of successful growth. These efforts create what would amount to tiny fractions of positive impact on the over-all economy. In the long run, the change will be significant.”

On the other hand, Nemeh expressed hope that in order for start-ups and the entrepreneurial spirit to continually soar and therefore continually grow with enthusiastic human resources, “it is fundamental to foster the creation of an ecosystem that supports (them) in order to counter unemployment.”

She said: “Entrepreneurship is proven to be a powerful tool for creating economic opportunities, generating wealth and empowering citizens. Despite their importance to the economy, entrepreneurs find it challenging to get the funding required for their sustainability in the (MENA), which severely restricts their ability to grow their businesses and create jobs. World Bank data show that eight per cent of all bank lending in the region goes to small and medium enterprises. The total credit gap facing smaller businesses is up to $240 billion (Dhs881,518,800,000.00), despite the challenging, credit-deprived environment.”

On gender equality, Nemeh pushed for long-term improving education, capacity-building, workforce support, and unstoppable encouragement for women to accept the fact that they could also be their own bosses and mentors who would help mold others also attain their potentials. Women-founded ventures as well as women active in the political sphere will “foster positive change.”

On food security, there is the start-up Aspire: “This found protein alternatives for people that live in economically-challenged parts of the world where food is either unavailable or unaffordable, and the vast population suffers from malnutrition and anaemia. Over 140 million people living in urban slums have benefitted from those food alternatives, and more entrepreneurial efforts are targeting the rest of the population.”

On the future of healthcare, Nemeh believes that while the Novel Coronavirus continually make the world know that everyone has to give his share in order for public health not become a failure, she also said: “Healthcare affects everything. We have witnessed it impacting education, the economy and trade flow, crimes rates and more. An ambidextrous approach of considering the now and the future is a key factor in developing the sector and resolving the global issue.”