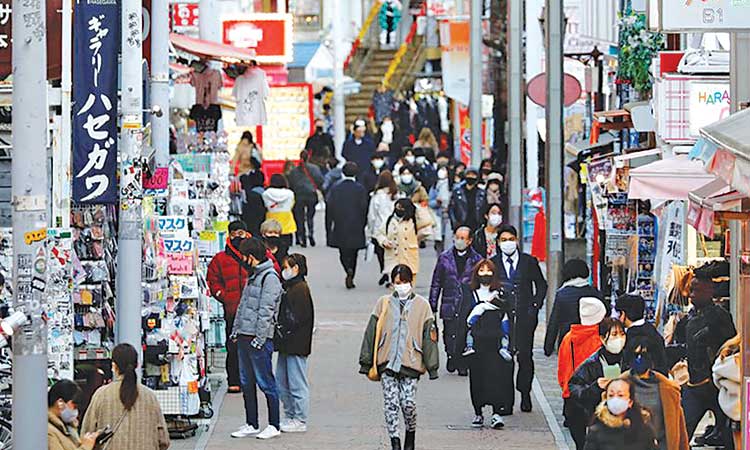 Pedestrians make their way through a shopping district in Tokyo, Japan. Reuters

Japan’s retail sales rose faster than expected in November, thanks to decreasing COVID-19 cases in the month, which have encouraged shoppers to ramp up spending on goods and services.

To support the economy, Japan’s parliament last week passed a $317 billion extra budget that includes payouts to families and businesses hit by the pandemic while the government approved a record $940 billion budget for fiscal 2022.

Prospects of a consumption-led recovery, however, are clouded by uncertainties around the new Omicron coronavirus variant, which started to spread in the community last week in Japan’s largest cities.

The government said on Thursday it was not considering immediate changes to domestic COVID-19 restrictions due to the Omicron.

“But if new infections jump...there is a risk, or a likelihood at this point, that consumption will be suppressed by the Omicron,” Koike said, adding returning travellers during the holiday season could spread infections.

Retail sales gained 1.9 per cent in November from a year earlier, government data showed on Monday, faster than economists’ median forecast for a 1.7 per cent gain and the 0.9 per cent advance in October.

Fuel sales rose 29.2 per cent in November from a year earlier, thanks to soaring commodity prices, pushing up the overall retail trend. Car sales fell 14.1 per cent due to supply bottlenecks and electronics sales declined 10.6 per cent with diminishing demand for stay-at-home appliances.

Compared with the previous month, retail sales increased 1.2 per cent in November on a seasonally adjusted basis, after a downwardly revised 1.0 per cent rise in October.

After the government lifted curbs in September, nationwide daily COVID-19 cases in Japan fell to fewer than one per million people earlier this month. No restrictions have been reinstated, other than strict border controls to stop the spread of the new Omicron variant.

The world’s third-largest economy is set to rebound by an annualised 6.1 per cent in the current quarter from a 3.6% slump in July-September, according to the latest Reuters poll of economists.

Global technology investor SoftBank Group fell 1.99 per cent on news that Credit Suisse is seeking information through US courts, which could lead to it taking legal action in Britain against the Japanese company to recover certain funds.

“We do not have market moving events at home or abroad, and many people are still away from the markets, it is hard to make active bets,” said Shigetoshi Kamada, general manager at the research department at Tachibana Securities.

The volume of shares traded on the Tokyo Stock Exchange’s main board was 0.35 billion, compared with the average of 1.19 billion in the past 30 days.

“Under this environment investors chose to bet on a particular group of stocks, which were heavyweight chip-related, and any other shares were sold for an excuse of fears for the Omicron,” Kamada added.

Retailers, meanwhile, took a hit as more cases of the highly transmissible variant were found in Japan, raising concerns of tighter curbs slowing the economic recovery from the pandemic.

Uniqlo clothing shop operator Fast Retailing was the biggest drag on the Nikkei, falling 1.75 per cent.

There were 64 advancers on the Nikkei index against 152 decliners.

Meanwhile the Bank of Japan policymakers discussed recent rising inflationary pressures that could force them to alter their view the country remained vulnerable to the risk of deflation, a summary of opinions at their December meeting showed on Monday.

While consumer inflation remains stuck around zero, prices may gradually accelerate reflecting rising energy costs, one of the BOJ’s nine board members was quoted as saying.

“As wholesale prices rise at a record pace reflecting higher commodity costs, consumer inflation is gradually facing upward pressure,” according to another opinion in the summary. Some board members also pointed to changes in companies’ inflation outlook and price-setting behaviour, with more firms passing on higher costs to consumers, the summary showed.

“In the next quarterly report due in January, it’s necessary to examine whether the current assessment - that risks to prices are skewed to the downside - remains appropriate,” one member was quoted as saying at the Dec. 16-17 policy meeting.

The opinions highlight a growing view within the BOJ board that rising global inflation is starting to spread in Japan, and could lead to an upgrade in the BOJ’s price forecasts at next month’s rate review.

At the Jan. 17-18 meeting, the BOJ will conduct a quarterly review of its growth and inflation forecasts. In current projections, the BOJ expects core consumer inflation to hit 0 per cent in the current fiscal year ending in March, followed by a 0.9 per cent rise in fiscal 2022 and 1.0 per cent increase in fiscal 2023. 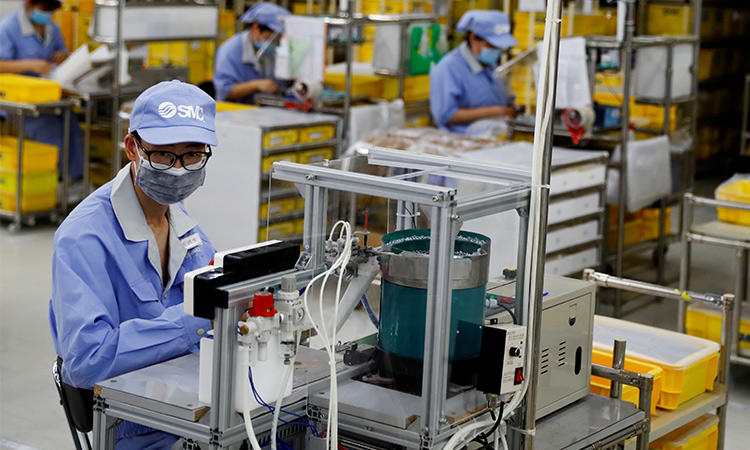 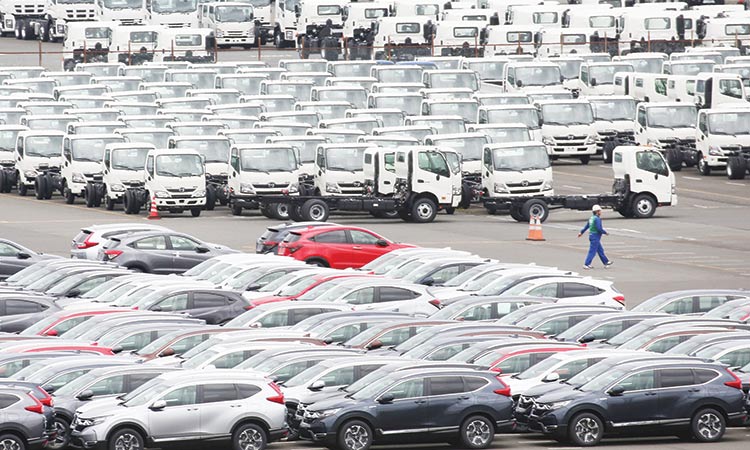