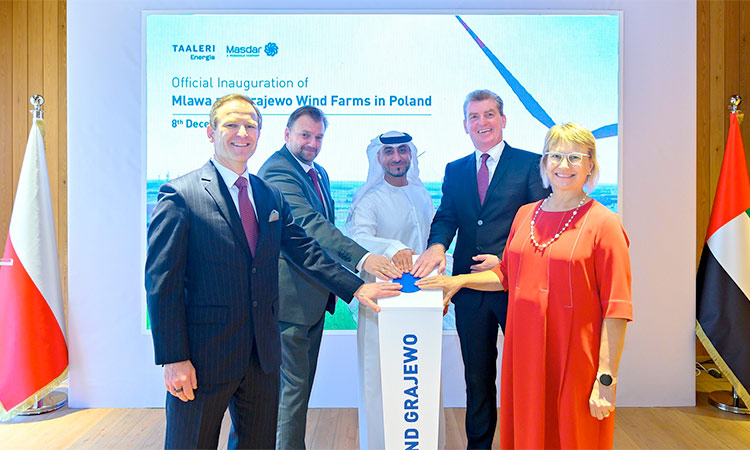 Masdar, one of the world’s leading renewable energy companies, and Taaleri SolarWind II Fund, which invests in utility-scale wind and solar assets, formally inaugurated the wind farms that they jointly own in Poland.

The inauguration ceremony for the Mlawa and Grajewo wind farms was held at the Polish Pavilion at the Dubai Exhibition Centre, as part of the celebrations for Poland’s National Honour Day at Expo 2020 Dubai. The event was attended by Peter Ramsay, Chief Executive Officer of Taaleri Group, Niall Hannigan, Chief Financial Officer of Masdar, and Jakub Slawek, Chargé d’Affaires of the Embassy of Poland, along with other senior executives and officials.

In January, Masdar and Taaleri SolarWind II Fund announced that they had each acquired a 50 per cent stake in the projects, marking their first investment in the Polish renewable energy market. The 37.4-megawatt (MW) Mlawa wind farm is located in Mazowieckie in northern Poland, while the 14 MW Grajewo project, which comprises two wind farms, is based in Podlaskie, in the north-east. Combined, the projects produce enough electricity to supply approximately 90,000 households in Poland, and offset 146,000 tonnes of carbon dioxide each year.

Niall Hannigan, Chief Financial Officer of Masdar, said, “This event marks a key milestone in Poland’s renewable energy journey and demonstrates Masdar’s commitment to the nation’s climate action objectives. We look forward to expand our presence in the Polish renewable energy sector and to strengthen our strategic partnership with Taaleri Energia through our joint venture, Masdar Taaleri Generation (MTG).”

“This investment in Polish wind is underpinned by the increasing demand for clean energy and by a combination of the Contracts for Difference scheme and the availability of commercial offtake contracts in the Polish market. It also further demonstrates the value of our joint venture with Masdar,” said Taaleri Energia’s Managing Director, Kai Rintala.

Masdar and Taaleri, through MTG, are working together on a number of projects across Europe, with Masdar and Taaleri Energia announcing in May 2021 an agreement to co-develop a 65 MW solar photovoltaic (PV) power plant in Greece. The project, marking the parties’ first investment in Greece, will be developed through a joint venture between the two companies, alongside two local partners. Masdar and Taaleri Energia are partners in the 158 MW ?ibuk 1 wind farm in Serbia, and in the 200 MW Baynouna Solar Energy Project, the largest of its kind in Jordan.

The Polish projects were developed by Vestas, together with V-Ridium Power Services, which is providing the engineering, procurement and construction (EPC), and technical and commercial management services during the construction and operational phases. Project financing is provided by the European Bank for Reconstruction and Development (EBRD), DNB Polska and TFI PZU. 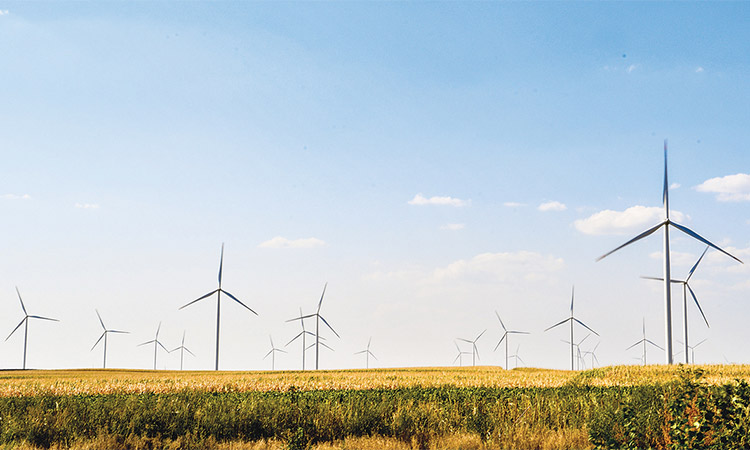 A consortium led by Masdar, a subsidiary of Mubadala Investment Company and one of the world’s leading renewable energy companies, has on Friday inaugurated Čibuk 1, the largest utility-scale commercial wind project in Serbia and the Western Balkans.