A master of many trades, Charles Kieu is the definition of self-made - GulfToday

A master of many trades, Charles Kieu is the definition of self-made 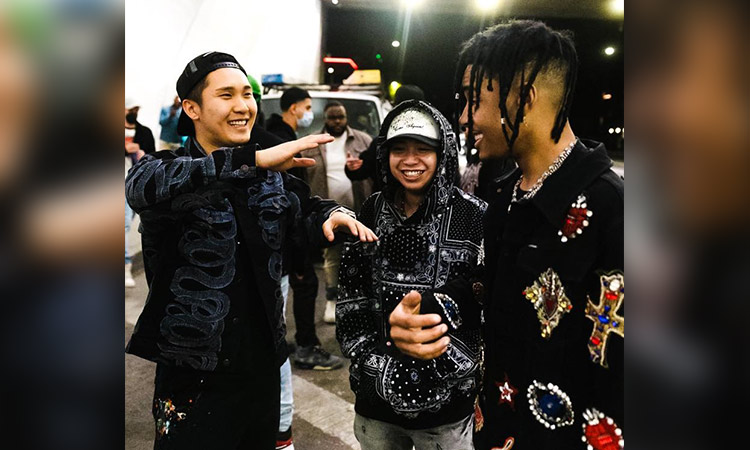 There are many roads to success. Achieving success while doing what you’re passionate about is an arduous journey. But doing it without any backing or connections solely on hard work and dedication is even more commendable. And no one knows this better than Charles Kieu, better known as Evaded.

Charles Kieu is a master of many trades when it comes to the music and fashion industry. He dons multiple hats as an artist manager, event planner, brand stylist, and many other roles.

Curiosity and a passion for fashion and music have helped him excel at everything he does. His Midas touch has led him to make gold for himself and his clients.

KillVal, an artist managed by Charles Kieu, recently had a breakthrough with his song, "So Long," which became a major hit, garnering more than 32 million streams on Spotify.

Charles Kieu is also known for being the event coordinator for Cookies N Kicks, one of the largest sneaker resell stores in Los Angeles. His clients' achievements are a testament to Charles Kieu’s sharp wit and hard work. Their success has made Charles Kieu an icon in his chosen field.

But this journey wasn’t easy. Being a first-generation immigrant, Charles Kieu had no connections, contacts, or even money when he started. What he had was a vision and the readiness to hustle.

He dabbled in multiple ventures throughout college and after to find his niche. From NFTs to marketing to management, he has done it all. His passion for hard work has helped him become the success that he is.

Achieving success is everyone’s dream. But few hold the power to make it into reality. Charles Kieu is one of them. A high-achiever at such a young age, the self-made Charles Kieu is someone we can draw inspiration and learn from.

‘Maintaining investment in oil and gas critical for economic progress’

Energy security is essential for social, economic and climate progress and the responsibility of the energy industry in maintaining energy security has never been clearer, according to Dr. Sultan Ahmed Al Jaber, UAE Minister of Industry and Advanced Technology and Managing Director and Group CEO of Abu Dhabi National Oil Company

Dubai Chamber of Digital Economy, one of three chambers operating under Dubai Chambers, in collaboration with the SEE Institute, has launched the “Future of the Digital Economy: Business in the Metaverse” Academy, the first-of-its-kind specialised training programme designed to equip digital startups with practical knowledge and tools

Burjeel Holdings has announced the successful completion of the bookbuild and public subscription process for its Initial Public Offering (IPO) on the Abu Dhabi Securities Exchange (ADX). The price for the Offering has been set at Dhs2.00 per ordinary share (the Final Offer Price), and the offering size confirmed at 550,729,221 ordinary shares