A boost for space exploration - GulfToday 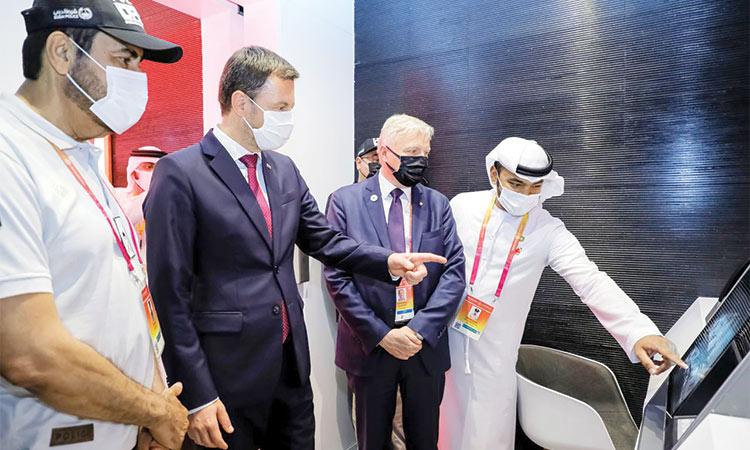 Eduard Heger is being briefed during his visit to Dubai Smart Police Station at Expo 2020.

Eduard Heger, Prime Minister of Slovakia, has recently visited the Dubai Smart Police Station (SPS) at Expo 2020, which provides policing service to visitors of the global event round the clock and without human intervention.

During the visit, Heger and the accompanying delegation were briefed on the self-service station, which enables customers to complete transactions smoothly and without visiting the traditional police stations or waiting in queues.

The SPS offers Expo 2020 visitors 27 key services, such as reporting crimes and traffic incidents, and 33 community-based services. They can also visit the SPS to obtain permits and certificates conveniently and easily communicate with officers who speak seven different languages through video calls.

At the end of his visit, Heger commended the smart and innovative services provided by Dubai Police towards ensuring the safety, security and happiness of Expo 2020 visitors.

Space sector: the six-month Expo 2020 Dubai is an important window for the participating countries to present their accomplishments across different sectors, and the space sector is one of them. The event will shed light on the development of this sector around the world, emphasising its importance for humans in particular and the planet in general.

Expo 2020 has devoted a full week to space, from 17th - 23rd October, during which a dialogue session will be held with Emirati astronauts along with entertainment, art and science activities. Also, information related to space sciences will be disseminated among other related space activities.

In an interview with the Emirates News Agency (WAM), Omran Sharaf, Project Manager of Emirates Mars Mission (EMM), said, “This year, the UAE has achieved milestone accomplishments in the space sector by its arrival to Mars, and before that, it had played a key role in stimulating this sector besides the science and technology sectors.”

On the role of Expo 2020 Dubai as a prominent global platform to highlight the country’s achievements in the national space sector, Al Sharaf pointed out that Expo is not only a global event to showcase the cultures of other countries, but rather a platform for presenting scientific, technical and cultural achievements around the world.

He added that one of the reasons for the quick establishment of the space sector in the country “is because this sector depends on international cooperation, and the UAE did not consider its space programme as a race with other countries, but viewed it as an opportunity to cooperate with different nations, which contributed to activating the role of the sector and speeding its development, thus placing the UAE at the forefront of countries in this sector.”

Regarding the most national prominent projects in the space sector during the current period, Sharaf said, “The space sector is going through a very important and sensitive stage today, as the UAE has previously invested through the ‘Hope Probe’ project and other related projects to attract knowledge to the country from abroad and build on the capabilities of Emirati youth through knowledge transfer programmes.”

“Today, after His Highness Sheikh Mohammed Bin Rashid Al Maktoum, Vice President, Prime Minister and Ruler of Dubai; and His Highness Sheikh Mohamed Bin Zayed Al Nahyan, Crown Prince of Abu Dhabi and Deputy Supreme Commander of the UAE Armed Forces, announced the upcoming mission, which is a new space programme to explore planet Venus and seven other (asteroids) in the solar system, the focus will be on transferring knowledge from the UAE space sector to the private sector to create a stimulating environment and support the science and technology sector in the country, and at the same time serve the UAE’s economy in facing various challenges, including water resources and food resources, among others,” he added.

When asked regarding the sector’s participation in the Space Week at Expo 2020, Sharaf said that the Mohammed Bin Rashid Space Centre and the various specialised authorities have a great role in Expo. As for the Space Week, there are various participations, including lectures, seminars, or receiving various delegations to discuss cooperation in the space sector.

“This is a great opportunity for countries to work together, and we, as the Emirati space sector, have decided to take advantage of this opportunity at Expo to build and strengthen these relations, and it will be the beginning of greater cooperation and ambitious projects across the world and the region.”

US pavilion: The US pavilion at the Expo 2020 Dubai hosted a panel discussion, “Leveraging International Partnerships in Space Exploration”, attended by a range of specialist companies, including Boeing, Lockheed Martin and Jacobs Engineering Group.

The speakers discussed ways of enhancing cooperation between countries, governments and private sector companies in space exploration and the importance of such mission in solving the planet’s environmental and climate challenges. Kuljit Ghata-Aura, President of Boeing Middle East, Turkey and Africa, stressed that, before inking any international partnerships in the space sector, it is essential to understand the nature of the sector.

Dawne Hickton, Executive Vice President and Chief Operating Officer, Critical Mission Solutions, Jacobs Engineering Group, highlighted the importance of cooperation to encouraging innovation, most notably among youth. “Space discoveries will help deal with the climate and sustainability issue, which is critical for everyone and require all countries to collaborate to establish an ecosystem for environmental preservation, to reduce carbon emissions. When we launch advanced satellites, we will be able to observe what the planet is undergoing,” she added. 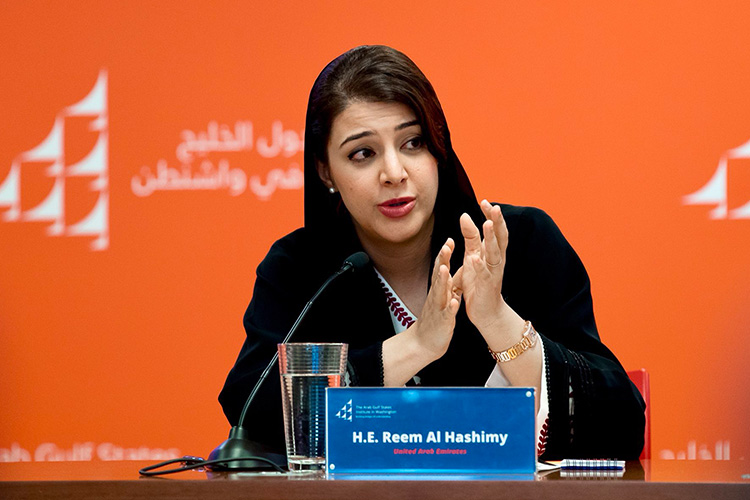