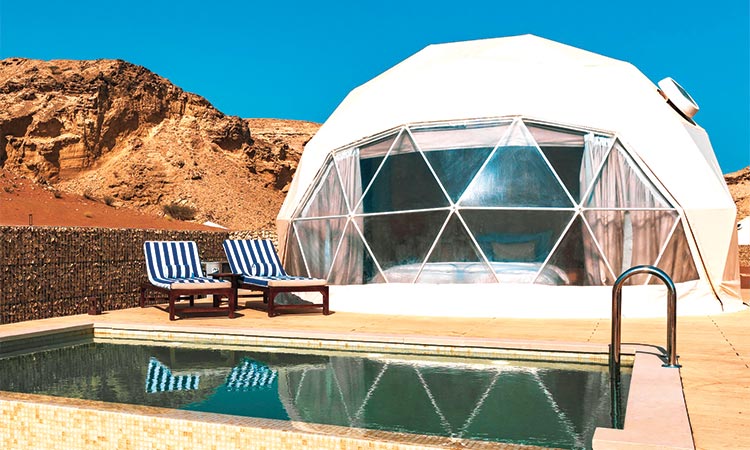 Desert adventures: The family-friendly Mysk Moon Retreat comprises 10 single-bed domes with private pools, 4 family tents with private pools, and 2 single-bed tents. Each unit is self-sufficient and fitted with all essential amenities that guests would require, including a private barbeque area, in addition to a lobby, and a common area.

The Mysk Moon Retreat is part of Shurooq’s Sharjah Collection brand, managed by Mysk by Shaza, which includes the Mysk Kingfisher Retreat in Kalba, Mysk Al Faya Retreat in Mleiha, and Mysk Al Badayer Retreat in the heart of the Al Badayer desert.

Marwan Bin Jassim Al Sarkal, Executive Chairman of Shurooq said: “With Mysk Moon Retreat now welcoming guests and bookings, this marks an exciting expansion of Shurooq’s portfolio of boutique hospitality offerings in the central region of Sharjah. It is the latest destination in a series of projects developed here, namely, the Mysk Al Faya Retreat, Mleiha Archaeological and Eco-tourism, and the Mleiha Archaeological Centre.”

Al Sarkal pointed out that the eco-luxury retreat provides visitors with the opportunity to enjoy a wide range of outdoor activities like trekking, dune bashing, and nature-inspired experiences in the rugged Mleiha landscape. Guests at Mysk Moon Retreat will have access to a wide range of activities offered by Shurooq’s tourism destinations in Mleiha, in addition to enjoy the calm and tranquil environment of Mleiha through the retreat’s restaurant and a café, as the destination is situated away from all types of noise and light pollutions. Al Jabal Resort – Memorable beach getaway in a stunning setting Shurooq’s latest hospitality offering, Jabal Resort, overlooks the pristine waters of the Soueifa Beach, situated between Khorfakkan Beach and Luluya Beach, and comprises of 45 eco-friendly units with choices of 1, 2 and 3 bedrooms, and a private royal suite with swimming pool. In addition, the 187,000sqm project which is being developed on the slopes of the Al Soueifa mountain, will feature a restaurant, gym, kids play zone, reception, and lobby.

Various attractions around the project will be connected via walking routes and tracks with a completion date set for March 2022. 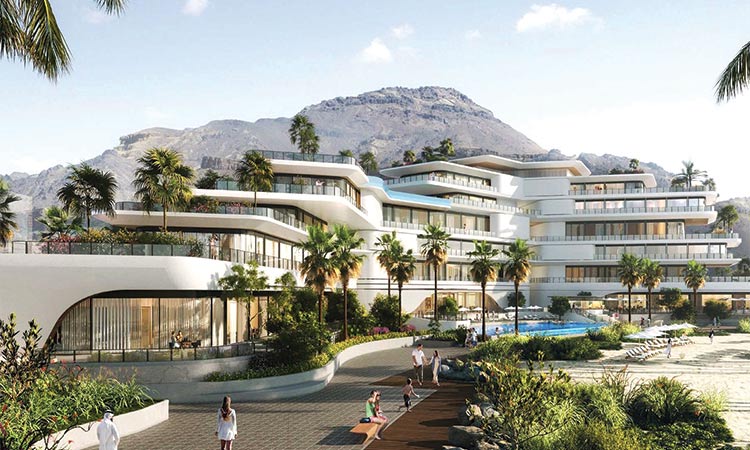 5-star luxury hotel and waterpark in Khorfakkan The Executive Chairman of Shurooq also announced the development of a new 28,000 sqm hospitality project in Khorfakkan, opposite the Khorfakkan Port, to cater to the needs of families and adventurers seeking new hospitality experiences. He revealed that the project will feature 75 luxurious units, UAE’s first waterpark in the east coast, shopping complex, restaurant, gym, spa, marina, and residential units. 5-star Hotel in the City of KalbaAnnouncing the new hospitality project in Kalba on Sharjah’s eastern coast, Al Sarkal stated that this region which lies on the southern coast of the UAE, next to the Kalba waterfront project, opposite to Kalba flag square Shurooq’s new 12,500 sqm project here lies in the vicinity of the region’s renowned diving locations. It includes 80 units, two restaurants including a café in the lobby, a gym, spa, swimming pool and meeting halls.

Al Bridi Resort and Petting Zoo in Al DhaidAl Sarkal noted that “Al Bridi Resort” in Al Dhaid, Shurooq’s latest tourism attraction in Sharjah’s central region which is being developed in partnership with the Environment and Protected Areas Authority, as part of the “Sharjah Safari” project, the largest safari in the world outside Africa, is expected to start at the end of this year.

Al Sarkal also announced that Shurooq has started developing “Al Dhaid Farm”, the city’s first petting zoo experience, near The Flag Square in Al Dhaid, which set to feature a wide range of entertainment activities and experiences for families and children along with domestic farm animals. 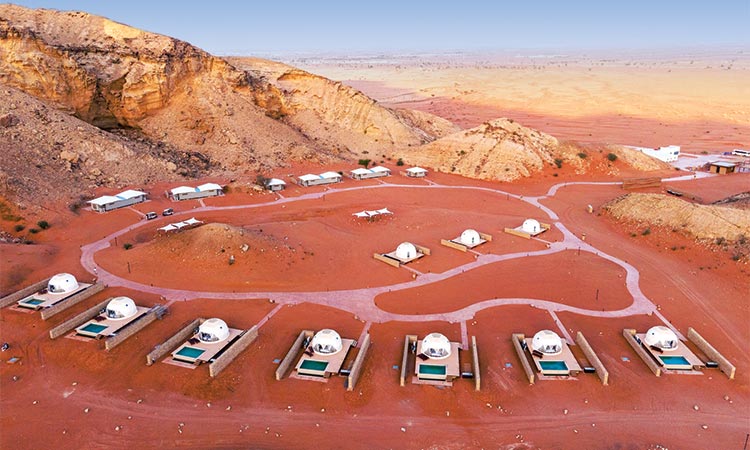 Mysk Kingfisher Retreat will be housing 20 new luxurious tents, varying between 4-bedroom and 2-bedroom units, and Mysk Al Badayer Retreat will house 15 new tents for an oasis, in addition to an outdoor swimming pool open to all guests at the retreat.

Shurooq has been leading the development of various world-class award-winning hospitality projects across the emirate of Sharjah, in line with its vision to diversify investment opportunities and strategic partnerships in the emirate’s growing eco-tourism, family tourism, cultural tourism and adventure tourism sectors, in addition to other sectors such as hospitality, retail, entertainment and more. Among its top and iconic hospitality destinations include The Chedi Al Bait Sharjah Hotel in the Heart of Sharjah, and four eco-retreats that fall under the “Sharjah Collection” brand developed by Shurooq and managed by “Mysk by Shaza” which are: “Mysk Kingfisher Retreat” in the city of Kalba, “Mysk Al Badayer Retreat” in Al Badayer desert, “Mysk Al Faya Retreat” in Mleiha, and “Mysk Moon Retreat” Set in the shadow of the Fossil Rock, amidst the sand dunes of Mleiha.

-ENDS-Photocaptions: Marwan bin Jassim Al Sarkal1-4: Mysk Moon Retreat at Mleiha Archaeological and Eco-tourism 5: Render of Al Jabal Resort in Khorfakkan 6-7: Renders of Khorfakkan hotel and waterpark 8: Render of the upcoming 5-star hotel in Kalba9: Render of Al Bridi Resort in the Sharjah Safari project About the Sharjah Investment and Development Authority (Shurooq): The Sharjah Investment and Development Authority (Shurooq) is currently leading a diversified portfolio of infrastructure projects, with a total value of more than Dhs10 billion ($2 billion) and covering a total land space of more than 12.4 million sqm across Sharjah’s western, central and eastern regions.

Shurooq’s portfolio of projects reflects its mission to enhance long-term investment prospects offered by Sharjah to businesses, SMEs and startups across a wide range of sectors. Furthering this goal, the authority has been driving Sharjah’s Public Private Partnerships (PPPs) through joint ventures with key local and global brands. Through each of its focus sectors, Shurooq takes the responsibility of driving investments and creating new partnerships that effectively boost Sharjah’s economy and FDI growth, working closely in partnership with numerous state and federal entities contributing Sharjah and UAE’s economic standing and development. 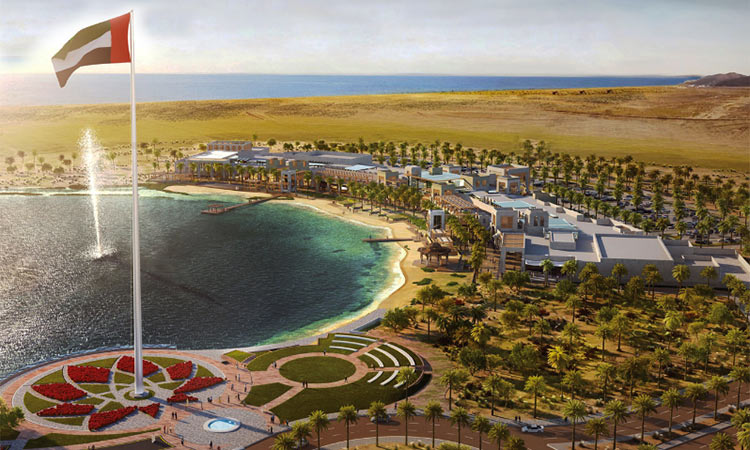 The Sharjah Investment and Development Authority (Shurooq) has shared the new developments being witnessed across its portfolio of latest large-scale real estate, tourism, commercial and hospitality projects, in line with the gradual reopening of businesses across the UAE. 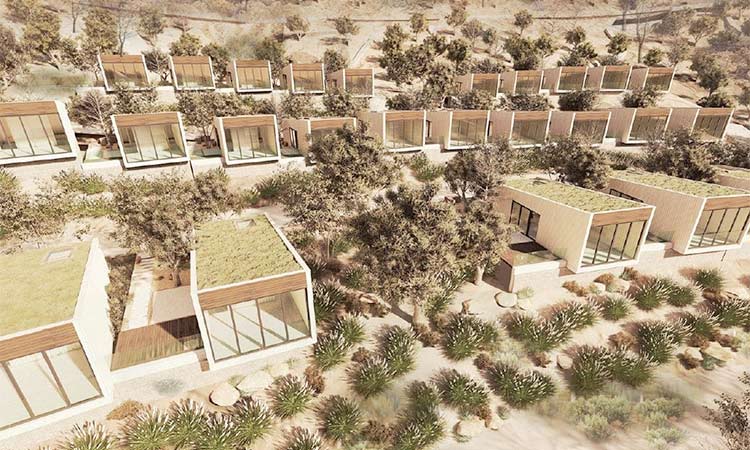 The Sharjah Investment and Development Authority (Shurooq) has appointed The Lux Collective, a luxury hospitality management company headquartered in Singapore, 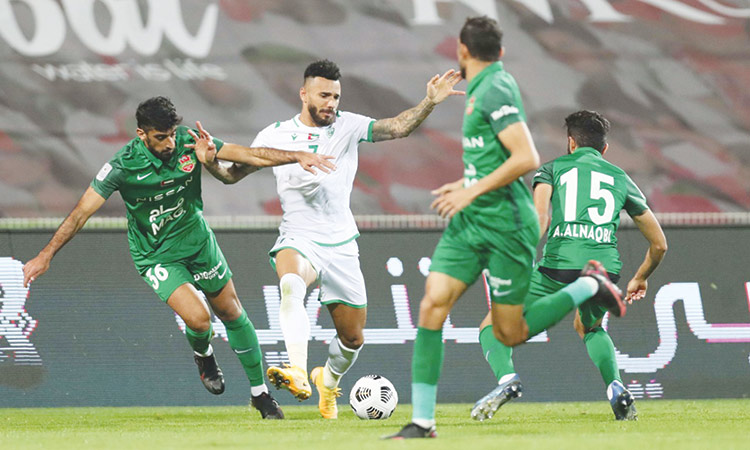