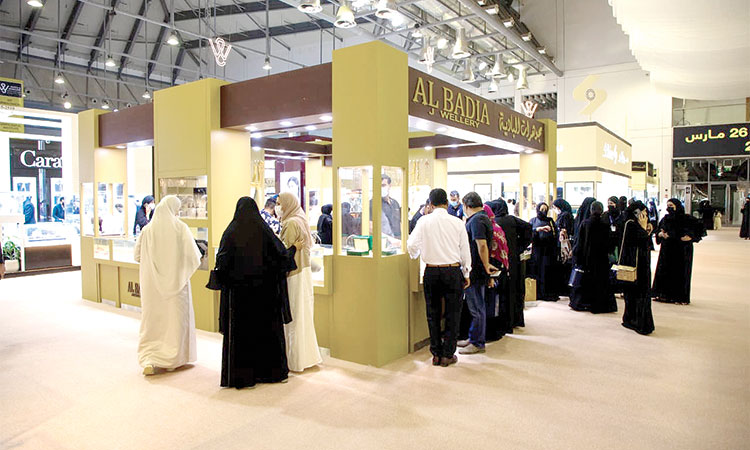 Another successful edition of the Watch & Jewellery Middle East Show (WJMES) was concluded after attracting over than 60,000 visitors.

Held under the esteemed patronage of His Highness Dr. Sheikh Sultan Bin Mohammed Al Qasimi, Supreme Council Member and Ruler of Sharjah, the event was organised by the Expo Centre Sharjah with the support of the Sharjah Chamber of Commerce and Industry (SCCI).

More than 350 exhibitors from the most prestigious local and international houses and brands took part in the event to showcase their latest designs of jewellery, watches and goldware.

This year’s edition was characterized by special participation for Italy with a huge pavilion including 47 companies that showcased their state-of-the-art innovations from traditional and modern jewellery.

On the sidelines of the event, meetings were held with the Russian side, during which it was agreed to allocate a huge pavilion for the leading Russian jewellery brands and companies in the 2022’s edition.

Emirati companies that took part in the event recorded a remarkable presence with creative products simulating the Emirati heritage and jewels that combined together elegance, heritage, and modernity.

The “Emirati Goldsmiths” platform, which brought together 14 Emirati jewellery designers, also served as an additional attraction for visitors to view the latest innovations of young and creative Emirati talents in the jewellery industry.

“We are pleased with WJMES’s overwhelming success. This is confirmed by the willingness of the exhibiting companies to take part in the upcoming editions.

The event has also successfully attracted new countries added to the large number of the participating ones, which reflects the importance of the exhibition in enhancing the country’s competitiveness as a global hub for the gold and jewellery trade,” said HE Saif Mohammad Al Midfa, CEO of Expo Centre Sharjah.

Sultan Shattaf, Director of Sales and Marketing Department, Expo Centre Sharjah, stressed that the impressive turnout of visitors is the result of the efforts made by the centre to attract as many international exhibitors as possible.

This diversity of exhibitors has contributed to showcasing a wide range of the latest fashion lines and modern designs from various markets around the globe at very competitive prices with a golden opportunity to win valuable prizes, added Shattaf.

Winners of the raffle draws will be announced in the coming days, Shattaf noted.

Arada launched ‘Kaya’: Arada, a UAE-based development company, has launched “Kaya”, the second residential phase of its forested lifestyle mega community Masaar, located in the Al Suyoh district of Sharjah. Containing 421 townhouses and villas, the launch of Kaya has been brought forward following strong demand for homes in the first phase of the Dhs8 billion Masaar megaproject.

Launched in January this year, Masaar offers 4,000 villas in eight gated residential districts, all clustered around a ‘green spine’ containing a host of outdoor and sporting facilities and boasting 50,000 trees.

Prince Khaled Bin Alwaleed Bin Talal, Vice Chairman of Arada, said, “We also continue to benefit from the ongoing demand in Sharjah’s property sector, which has been assisted by ongoing investment into local infrastructure and good regulation, leading to a 40 percent growth in the value of the property sold in the Emirate during the first six months of the year.”

Ahmed Alkhoshaibi, CEO of Arada, stated, “Due to exceptional demand in the first phase of Masaar, where we have already sold property valued at Dhs750 million, we have brought forward the launch of the second phase of this nature-inspired community,” noting that construction at Kaya will begin in the second half of 2022 and the first homes will be completed by the end of 2023.

Arada is also introducing new facilities to the Masaar master plan, including two new 6.6-kilometre continuous jogging and professional cycling tracks, which run through woodland areas planted around the edge of the community. Both tracks will be completed in the second quarter of 2022, alongside the opening of the Masaar Experience Centre and show villa. Masaar, or ‘path’ in Arabic, is spread over a 19 million square foot master plan, and has been carefully designed to enable its residents to transform their lives by encouraging healthy living in a walkable and forested environment.

The first phase of Masaar, Sendian District, is now 95 percent sold out, and the first contracts for the megaproject were awarded in May.

These included the contract for infrastructure design and supervision consultancy services, which was won by US engineering consultancy Parsons Overseas Limited, while the contract to build the Masaar Experience Centre and show villa was awarded to ASGC.

The design and supervision services contract for the first residential phase of Masaar was awarded in September, and the first homes in the project are scheduled to be handed over by the end of 2022. 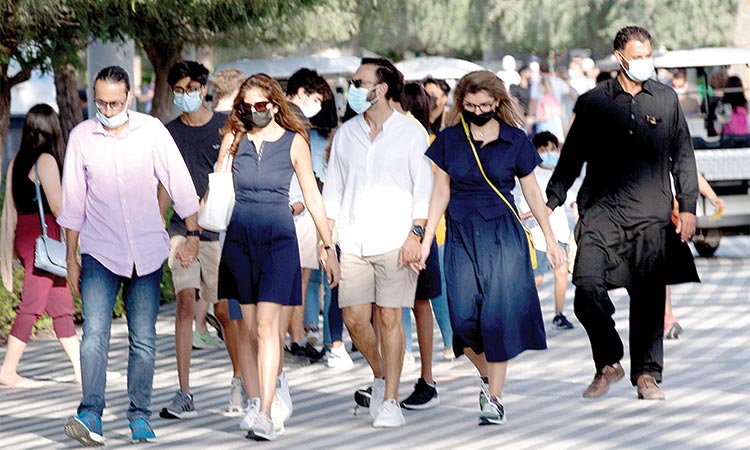 Expo 2020 Dubai has recorded 8,958,132 visits during its first three months, boosted by a slate of spectacular events across the December festive season and with more world-class sport,