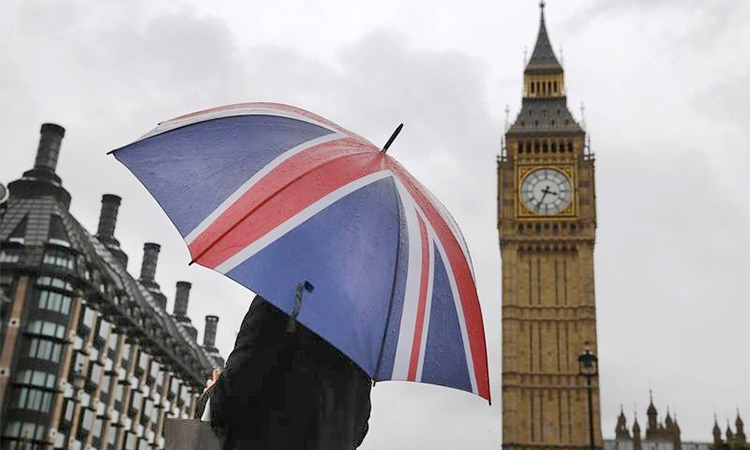 Gross domestic product output stood at 0.1 per cent in the month compared with GDP of 1.0 per cent in June, the Office for National Statistics (ONS) said.

It was nevertheless the sixth month of growth in a row.

“More timely evidence suggests August may not have been much better.” The world is seeing a resurgence in coronavirus cases owing to the fast-spreading Delta variant.

This in turn is severely disrupting the global supply chain, while Britain’s recent divorce from the European Union has exacerbated the problem in the UK.

Shops are not receiving deliveries, including of staples such as milk, as post-Brexit rules make it harder to hire EU citizens, leaving haulage companies with a drastic shortage of lorry drivers.

Further trouble lies ahead with the British government’s furlough scheme that has supported millions of private-sector jobs during the pandemic close to ending, a move that risks a spike in unemployment.

Economists do not expect sectors seriously affected by a shortage of staff owing to the virus outbreak and Brexit -- including also hospitality -- necessarily to benefit from the bigger pool of available workers once furlough ends on September 30.

The UK has more than one million job vacancies despite the furlough scheme supporting jobs at a cost of almost £70 billion ($97 billion, 82 billion euros).

The ONS on Friday added that Britain’s total economic output remains 2.1 per cent below its pre-pandemic level in February last year.

But finance minister Rishi Sunak expressed optimism over the recovery.

“I am confident that... we’ll continue to recover from the pandemic, we’ll see more new jobs, and we will build back better,” he said in a statement.

The UK economy had rebounded 4.8 per cent in the second quarter, or three months to the end of June, as the government began relaxing lockdown restrictions.

July meanwhile saw all lockdown restrictions lifted in England, allowing people to visit shops and hospitality venues without having to wear masks.

- Inflation impact - “After many months during which the economy grew strongly, making up much of the lost ground from the pandemic, there was little growth overall in July,” ONS statistician Jonathan Athow said Friday. “Oil and gas provided the strongest boost, having partially bounced back after summer maintenance. Car production also continued to recover from recent component shortages.” He added that the services sector saw no growth overall in July, while rising costs and shortages of raw materials continued to shrink construction output.

In the UK, costs will continue to spike this year because of the “persistent” pandemic, Bank of England governor Andrew Bailey warned this week.

The BoE expects British annual inflation to temporarily spike to 4.0 per cent in the fourth quarter, double the current rate.

Sterling slipped off one-week highs versus the dollar on Friday, pressured by stock market declines and signs of economic slowdown which some analysts felt may force the Bank of England to tone down its hawkishness in coming weeks.

Its early gains -- as much as 0.4% higher on the day versus the greenback -- came despite data showing the British economy expanded by just 0.1% in July due to self-isolation rules.

Early signs in August have pointed to a surge in consumer spending, meaning the BoE may not be deterred from raising borrowing costs

A Reuters poll indicated this would happen by end-2022 or even earlier while Governor Andrew Bailey said on Wednesday that half the bank’s board members deemed conditions were right to start considering rate rises.

“The comments from Governor Bailey and the Reuters survey showing the consensus is for a BoE hike by the end of next year was a counterbalance to the data and were sterling positive,” Rabobank strategist Jane Foley said. 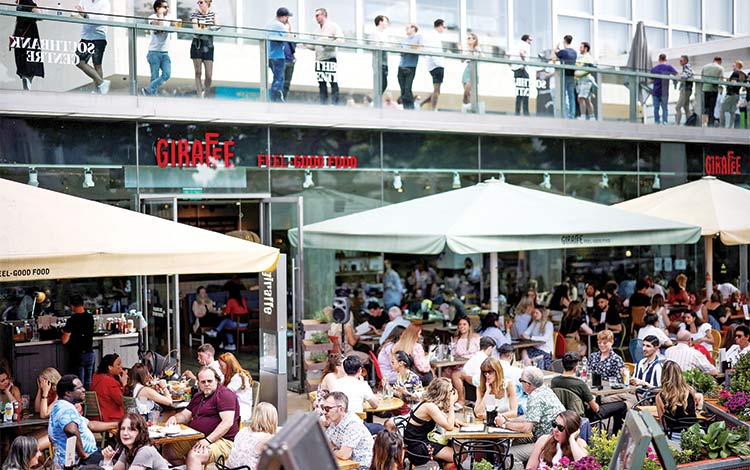 The British economy grew by 4.8% in the second quarter of 2021 as lockdown restrictions were lifted but remains 4.4% below the level it was just before the start of coronavirus pandemic,