Sharjah reports realty transactions worth Dhs12.2 billion in first half of 2021 - GulfToday 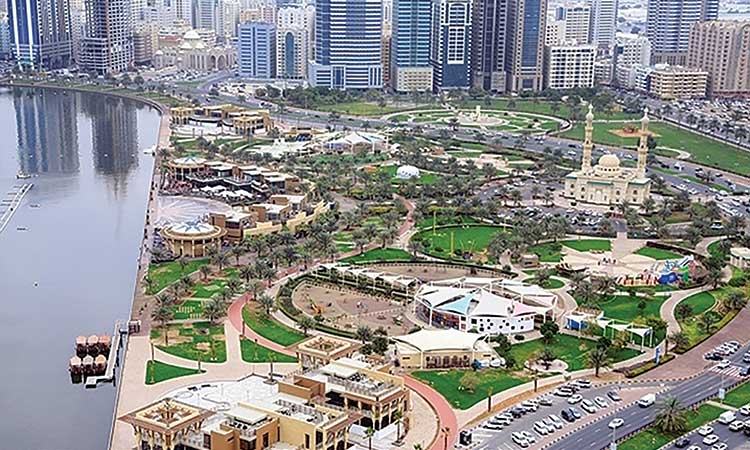 A scenic view of the Sharjah Corniche.

The results showed an increase in the total value of transactions by 96.1 per cent in comparison to the same period in 2020, and that is due to the return of business after the relative decline of the “Covid-19” pandemic.

The economic facilitations and incentives launched by the Executive Board in November 2020 increased investors’ confidence in the real estate market in Sharjah. In addition, February has witnessed a major real estate acquisition worth Dhs690 million between real estate developers operating in Sharjah for establishing a luxurious residential project. This acquisition is a sign on the recovery of the real estate sector in Sharjah.

As for the number of transactions, and despite the continuing pandemic, the report shows a remarkable increase in the department’s total transactions during the first half of 2021, compared to the same period last year. The department has made great efforts in providing all its transactions, while considering the safety and security measures for employees and customers alike.

Furthermore, the Department has provided online services for some transactions, and a pre-appointment reservation system was implemented to complete the transactions that require the presence of customers, taking into account the applicable preventive and precautionary measures.

Abdulaziz Ahmed Al Shamsi, General Manager of Sharjah Real Estate Registration Department, said: The real estate sector has begun to recover and overcome the economic effects of the pandemic, thanks to the emirate’s willingness to attract more investments.

Al Shamsi also explained that the Department seeks to enhance a competitive business environment, in order to achieve a number of objectives aimed at encouraging investment in Sharjah, and to attract new investors from different countries of the world. This will contribute to revitalizing the local economy, advancing the wheel of economic development, and enhancing the emirate’s position on the map of local, regional, and global investment.

Moreover, he emphasised the department’s willingness to continue improving the business environment, by facilitating and simplifying the practice of business in the emirate. Furthermore, the department is striving to facilitate the barriers faced by investors, by providing them with more incentives, and implementing initiatives that increase the chances of the success of their investments and support its sustainable growth and expansion.

During the first half of this year, the total mortgage transactions in Sharjah amounted to 1,457 transactions, valued at Dhs5 billion, with a change of 25 per cent compared to the same period last year.

Transactions Sales as per region

The number of sales transactions in the various regions of the emirate of Sharjah during the first half of 2021 has reached 2,863 transactions. The largest share was acquired by Sharjah city with 2,546 transactions, covered in 102 areas with a value of Dhs4.9 billion.

The emirate of Abu Dhabi has recorded Dhs11.5 billion real estate transactions in the first quarter of 2021, The Department of Municipalities and Transport announced on Monday.