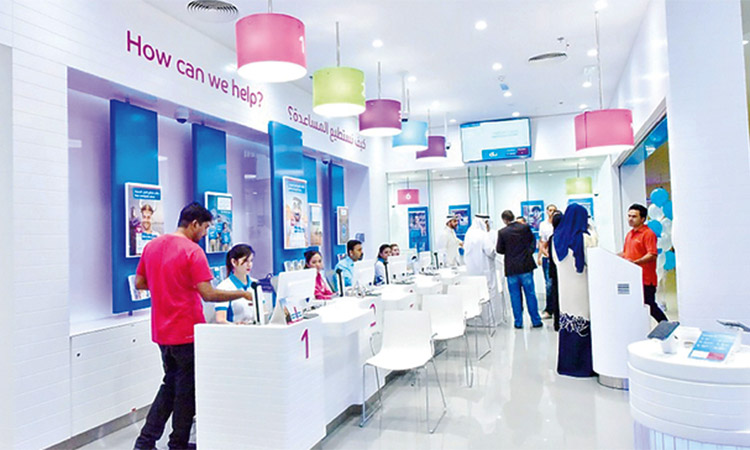 Mohamed Al Hussaini, Chairman of EITC, commented, “EITC had a solid performance during the second quarter. It is satisfying to see operating and financial metrics returning to growth. The company continues to deploy significant resources towards infrastructure expansion and modernisation. Fahad and his team have done a tremendous job repositioning the company for growth. The Board of Directors has great confidence in EITC’s perspectives. We have approved an interim dividend of Dhs0.10 per share.”

Fahad Al Hassawi, CEO of EITC, said, “We have proved we can rebound from a challenging environment and deliver growth. We delivered a 7 per cent growth in revenues. More significantly, I am very pleased that we stemmed the decline in mobile service revenues. We remain vigilant on our cost base as cost reduction initiatives helped push EBITDA and net profit up 7 per cent and 11 per cent respectively. With our customers in mind, we invested Dhs649 million on our infrastructure as we seek to better serve them.” “I am proud of our sustained commercial momentum. Our postpaid customers’ interest in 5G handsets is growing and we have responded with a corresponding handset financing solution. In addition, our innovative broadband offers continue to generate interest and fuel growth,” he added.

EDB reviews progress: Emirates Development Bank (EDB), held its fifth Board meeting today to discuss the bank’s progress in its strategy roadmap for the first six months of 2021.

The EDB Board reviewed the Bank’s achievements in the past six months including the launch of its credit guarantee and co-lending programme with five partner banks; partnership activation with the Ministry of Industry and Advanced Technology, the onboarding of anchors to the National Supply Chain Finance platform, and the successful issuance of its second bond of Dhs750 million which was oversubscribed four times.

These initiatives are part of EDB’s strategy to drive the UAE’s industrial growth, utilise advanced technology, enhance the role of SMEs and promote innovation and entrepreneurship through its tailored suite of products and services.

Dr Sultan Bin Ahmed Al Jaber, Chairman of the EDB Board of Directors and Minister of Industry and Advanced Technology, said, “EDB has taken strong strides in its strategic roadmap to support the country’s economic diversification efforts in line with the vision of the country’s wise leadership. The steps taken in such a short span of time, since the launch of our new strategy, augurs well for our long-term plans as a key contributor to the achievement of our leadership’s objectives.”

The meeting also discussed the implementation of the bank’s H2 2021 plan, along with key initiatives to deploy assets in the developmental space, as well as to further the digitisation agenda across the Bank.

Ahmed Mohamed Al Naqbi, CEO of EDB, said, “We have made considerable progress in H1 of 2021. Our partnerships with government entities, partner banks and anchor buyers are significant milestones in our journey as they highlight our commitment to provide an all-encompassing business ecosystem to SMEs and unlock immense potential for them. As we progress through the rest of the year, our immediate priority is to ramp up efforts so that EDB delivers best-in-class solutions to a wider customer base.”

In the first half of 2021, EDB has signed credit guarantee and co-lending programmes for SMEs in the UAE with five partner banks, including Commercial Bank of Dubai, RAKBANK, National Bank of Umm Al Qaiwain, Mashreq Bank, and the First Abu Dhabi Bank. As part of the MoUs, the partner banks can offer up to AED 10 million financing to a SME, and 50 percent of the facility amount will be either guaranteed or co-lent by EDB.

Moreover, EDB also joined forces with the Sharjah Chamber of Commerce and Industry to foster the development and growth of UAE-based manufacturers, exporters and SMEs through financial support. As part of the agreement, EDB will extend direct and indirect lending support, equity funding for SMEs and startups in the priority sectors as well as non-financial support in the form of mentorship and business guidance.

Seprately, Emirates Central Cooling Systems Corporation (Empower) announced that it has awarded the main construction contract to build its new permanent plant at Al Khail Gate with a total value of more than Dhs133 million.

Construction has already begun and is managed under the direct supervision of Empower’s in-house projects team. The new advanced plant will have a total capacity of 32,000 refrigeration tones (RT) that will cover the Al Khail Gate development, which is, yet one of Dubai’s vital residential projects comprises 33 buildings with 5,665 units.

With 84 plants and a district cooling transmission and distribution network running for more than 350.4 km, Empower holds more than 76 per cent of the total district cooling market of Dubai. Last year, Dhs1.39 billion was invested by the company in building new district cooling plants, expanding the pipeline network, concluding contracts to establish thermal energy exchange rooms, and carrying out consultation and engineering works. 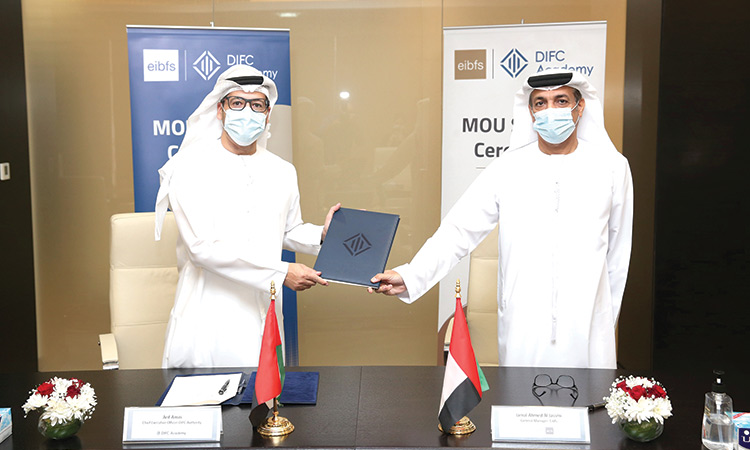 The Emirates Institute for Banking and Financial Studies (EIBFS), a regional leader in banking and finance education and training, and DIFC Academy, the provider of world class education in Dubai International Financial Centre (DIFC),