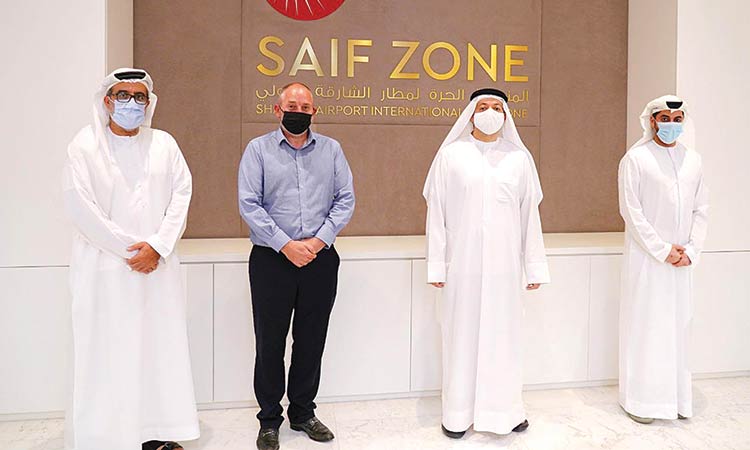 Top officials during the signing ceremony in Sharjah.

The lease agreement has been signed recently at the free zone’s headquarters by Saud Salim Al Mazrouei, Director of Sharjah Airport International Free Zone, and Simon Hurst, General Manager of Advanced Armour Engineering in the presence of senior officials from both entities.

Under the agreement, the British company, which has been operating in the free zone since 2016, will expand its factory and build modern facilities to enhance its production capacity and meet the growing demand for its products in the local and regional markets.

From prototype design to series production and final delivery, AAE provides its expertise to assist its clients during the development of complex projects involving specialized materials using special grade steels such as High Strength and Armour plate.

AAE’s move is the latest in a series of expansion plans announced by SAIF Zone-based companies, which reflects the free zone’s role and contribution to achieving the objectives of “Operation 300bn”, a national strategy for industry and advanced technology.

SAIF Zone stressed its keenness to provide unique advantages that attract major industrial investments, serve investors’ operational plans and provide all keys of success. This highlights Sharjah’s position as one of the most important global destinations for innovative industries and a gateway for industrial supply to the Middle East.

Speaking on the occasion, Al Mazrouei said: “We, at SAIF Zone, are very keen to support the UAE and Sharjah’s efforts to take the local industrial sector to new heights of growth and development. Thanks to the wise vision and directives of His Highness Dr Sheikh Sultan Bin Muhammad Al Qasimi, Supreme Council Member and Ruler of Sharjah, the Emirate of Sharjah has become one of the largest industrial hubs in the region, and become a favoured industrial destination that keeps pace with global changes and relies on innovation and excellence in various fields”.

“AAE’s decision to expand was a step in the right direction and reflects SAIF Zone’s excellence in developing infrastructure suitable for the iron and steel sector, which being is paid special attention as we consider it a basic pillar in the process of economic development.

The decision comes at a time when the UAE and Sharjah in particular, are witnessing mega construction projects, something which resulted in a growing demand for iron and steel products to implement vital projects, such as Expo 2020 Dubai, not to mention the government spending on infrastructure projects,” Al Mazrouei stated.

He made it clear that the free zone spares no effort to provide investors and customers with countless facilities and services to help them boost their efficiency and production capacity and supply the local and regional market with enough products. This will support Sharjah’s position as an ideal and global destination for international companies and institutions in different fields of work.

For his part, Simon Hurst said: “AAE’s expansion decision has been taken following the resounding success that we achieved in Sharjah after we based our MENA operations in SAIF Zone.

In addition to its unique privileges, services and advantages, SAIF Zone provides state-of-the-art infrastructure, multiple sized warehouses, lands, offices, storage services, transportation management, manufacturing facilities and other integrated facilities that all were the reason behind our success and above all, Sharjah enjoys a strategic location between East and West.”

Hurst emphasised that AAE made its mind to expand in the free zone following the growing demand for the services we provide in the defense and industry sectors, including steel processing of laser cutting, bending, welding & painting of blast and ballistic steel components for armoured vehicle manufacturers, adding that the company has developed skills and established a multitude of export clients in over 30 countries in 6 continents for its services. 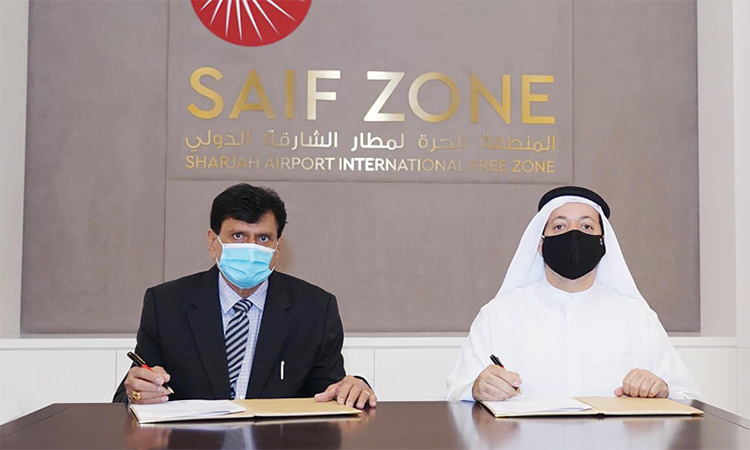 The Sharjah Airport International Free Zone (SAIF Zone) has further secured its leadership as a global investment hub after concluding an investment deal with Concord Enviro, 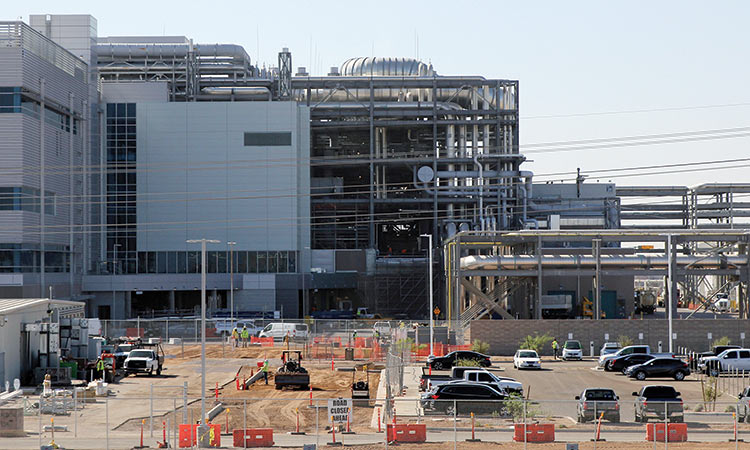 Intel Corporation will greatly expand its advanced chip manufacturing capacity as the new chief executive announced plans to spend as much as $20 billion to build two factories in Arizona and open its factories to outside customers.