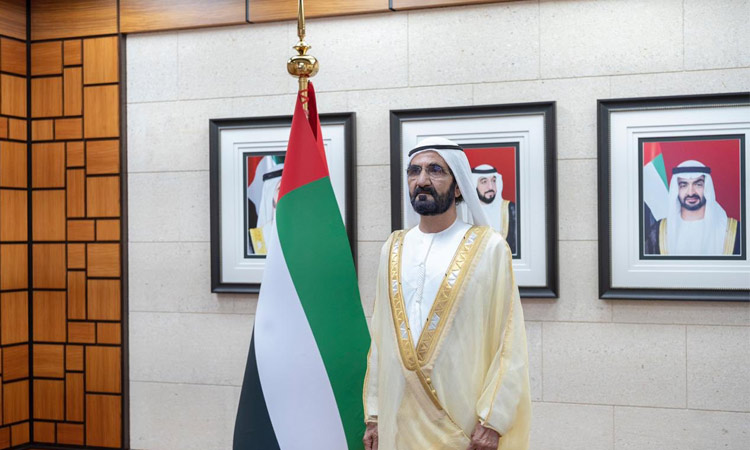 His Highness Sheikh Mohammed Bin Rashid Al Maktoum, Vice President, Prime Minister and Ruler of Dubai, has approved the board of directors and the advisory council of Dubai Chamber of Digital Economy as part of the recently established structure.

Dubai Chamber of Digital Economy was recently formed as part of three new chambers, under an overarching Dubai Chambers, to lead a comprehensive economic development in Dubai and boost its position as a global business hub.

The new chamber will play a central role in transforming Dubai into an international technology hub and attracting major investment in e-commerce and emerging technologies.

Sheikh Mohammed said, “We aim to position Dubai as a major hub for designing the future of the digital economy. Our efforts in the coming phase will be dedicated to developing new high-tech tools and leading successful experiences in the digital sector.”

According to figures, there are 90 investment funds in the digital sector and 12 business incubators in the UAE. The country currently hosts 1,400 SMEs, with a total value of Dhs100 billion, that receive Dhs1.5 billion in funding.

Al Olama said that Dubai’s journey towards creating a growth-friendly environment for the digital economy started with launching “Dubai Internet City”, the first specialised technology hub in the region, back in 1999. The city today hosts giant tech companies from all over the world that largely contribute to the emirate’s digital economy.

He added, “Dubai Government has since spearheaded pioneering initiatives including the e-government, smart government and Dubai future accelerators, leading up to establishing a chamber dedicated to strengthening the role of the digital economy in Dubai. All of these elements help establish the solid basis of an agile, competitiveness and innovation-based economy.”

Al Olama stated that the chamber will launch projects and initiatives to strengthen Dubai’s role as a hub for technology and innovation. “Investing in digital solutions and emerging technologies will create new opportunities and boost Dubai’s competitiveness.”

The Dubai Chamber of Digital Economy is tasked with transforming Dubai into an international technology hub and building an advanced digital infrastructure; attracting global investment in e-commerce and digital technologies; as well as providing incentives and facilities to attract talents and entrepreneurs in advanced technologies from all over the world.

It will also set the key priorities and targets for the digital economy in Dubai and conducting regular evaluations to identify gaps and growth opportunities of the digital economy sectors in Dubai, and accelerating digital technology adoption in social and economic activities to meet global trends.

The chamber’s responsibilities also include proposing policies and legislation to advance the role of the digital economy in Dubai; collaborating with global companies and institutions to develop digital development strategies in line with future technological trends; building a network of relationships with local and international tech entrepreneurs and investment funds; boosting the competitiveness of companies; launching projects, studies and conferences to discuss the growing opportunities of the digital economy sector, and supporting the emirate’s digital transformation. 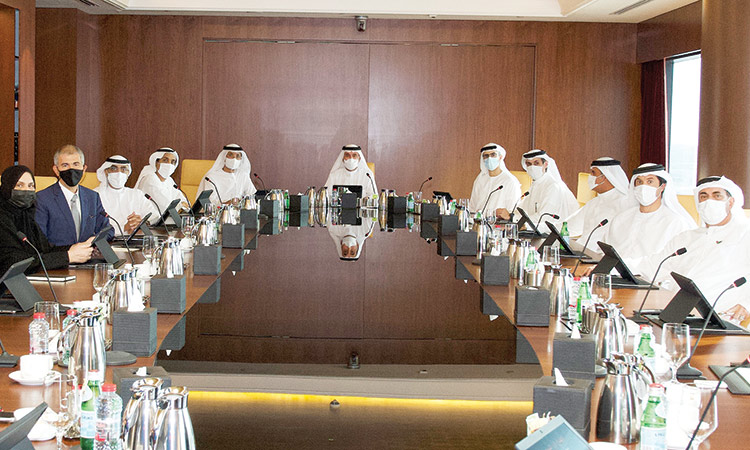 A meeting of the newly-formed board members of Dubai Chambers is in progress on Wednesday.

Meanwhile, the newly formed Board of Dubai Chambers on Wednesday held its first meeting at Dubai Chambers’ headquarters, which discussed objectives and as the organisation prepares to adopt a long-term strategy.

During the meeting, board members elaborated on the various roles that Dubai Chambers will play in enhancing Dubai’s value proposition and economic competitiveness in the global arena in line with the directives of His Highness Sheikh Mohammed bin Rashid Al Maktoum, Vice President and Prime Minister of the UAE and Ruler of Dubai announced in March of this year.

The transition to a three-Chamber model is a paradigm shift for business in Dubai, which will strengthen the emirate’s position as a digitally-driven economy and global business hub. The new structure enables the various chambers to adopt a more specialised and effective approach toward achieving the strategic ambitions outlined by His Highness Sheikh Mohammed for Dubai’s future-ready economy,” said Abdulaziz Al Ghurair, Chairman of Dubai Chambers.

Under the directives of His Highness Sheikh Mohammed Bin Rashid Al Maktoum, Dubai was a pioneer in launching initiatives to overcome challenges faced by individuals and businesses, which had a significant positive impact on minimising the economic impact of the pandemic."

In his capacity as the Ruler of Dubai, Vice President and Prime Minister of the UAE His Highness Sheikh Mohammed Bin Rashid Al Maktoum, issued new legislations aimed at increasing the efficiency and flexibility of Dubai government entities.