The interest rates charged by the Emirates Inter-Bank Offered Rate (EIBOR) jumped across all terms post the Central Bank of the UAE increased on Thursday its base rate applicable to the overnight deposit facility (ODF) by 5 basis points to 15 bps, replicating the US Federal Reserve’s move on Wednesday, according to the CBUAE’s figures.

The UAE Dirham is pegged to the US Dollar and therefore the interest hike is attributed to the US Federal Reserve’s decision to increase the Interest on Excess Reserves by 5 bps.

The base rate is the interest rate a central bank charges its domestic commercial lenders to borrow money.

Meanwhile, the Federal Reserve’s hawkish shift is forcing investors to reevaluate the rally in so-called value stocks, which have taken a hit in recent days after ripping higher for most of the year.

Shares of banks, energy firms and other companies that tend to be sensitive to the economy’s fluctuations have tumbled following the Federal Reserve’s meeting on Wednesday, when the central bank surprised investors by anticipating two quarter-percentage-point rate increases in 2023 amid a recent surge in inflation.

One factor driving the move is the idea that a Fed more strongly focused on preventing the economy from overheating may begin unwinding easy-money policies sooner than previously expected. On Friday, St. Louis Federal Reserve President James Bullard said the central bank’s shift was a “natural” response to economic growth and inflation moving quicker than expected, bolstering that view.

“Value stocks had gotten ahead of themselves, particularly in energy and financials, and the folks that are caught offsides are starting to unwind those trades,” said Jamie Cox, managing partner at Harris Financial Group.

The post-Fed meeting slide in value has been accompanied by a retreat in some commodity prices, a surge in the dollar and a rally in U.S. government bonds that dragged down yields on the benchmark U.S. Treasury to around 1.44% on Friday afternoon.

Investors will be keeping a close eye on next week’s economic data for clues on whether the recent surge in inflation -- which saw consumer prices accelerate at their fastest pace in 12 years last month -- will persist.

New home sales and mortgage applications are due out June 23, while May consumer spending numbers are expected on June 25.

Investors piled into value stocks in the latter half of 2020, as signs of breakthroughs in vaccines against COVID-19 bolstered the case for a powerful economic rebound in 2021. Value stocks have outperformed growth stocks by nearly 7 percentage points since the start of November 2020, bucking a trend that saw technology and other growth sectors regularly outshine value over the last decade.

An unwinding of the heavy positioning in value shares could exacerbate the recent slide. Mutual funds are overweight value names to a larger degree than any time in the last eight years, according to a Goldman Sachs report published on June 9.

Some big-name investors such as Cathie Wood, whose ARK Innovation ETF was the top-performing U.S. equity fund last year, have suggested that growth stocks will resume their market outperformance as investors rotate away from value sectors such as energy that are up 38.5% since the start of the year. Wood’s flagship ETF is down 4.8% year-to-date.

Others, however, believe the recent wobble in value stocks is a pause, rather than a turning point.

The Central Bank of the UAE (CBUAE) has launched a new whistleblowing portal, an encrypted channel that allows internal and external stakeholders to anonymously raise any concern related to misconduct or policy violations by CBUAE

The Central Bank of the UAE (CBUAE) has predicted a strong return to growth in Gross Domestic Product (GDP) for the UAE in 2021, noting the government continues to diversify the economy, 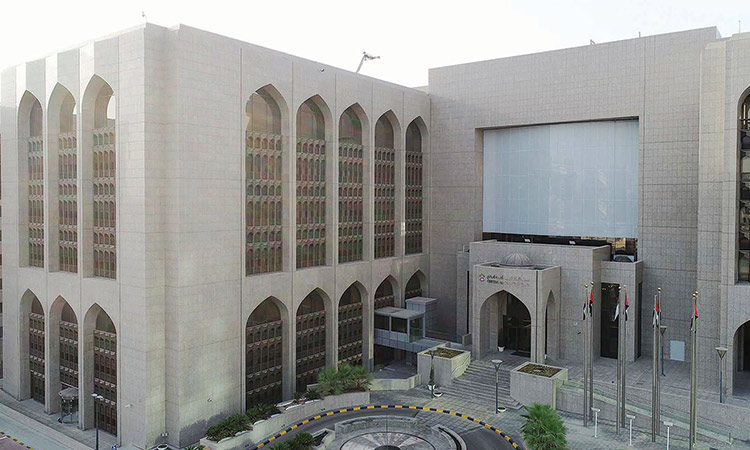 Central Bank’s total assets up 6.6% to Dhs470.5 billion in December

The total assets of the Central Bank of the United Arab Emirates grew 6.6 per cent to Dhs470.5 billion by the end of December 2020, CBUAE latest statistics have showed.