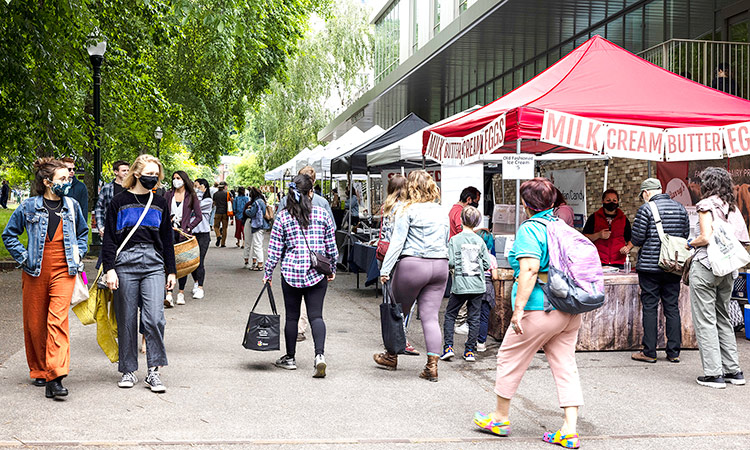 People shop at a crowded farmers market as business opens up with many people getting vaccinated in Portland, US, on Wednesday. Associated Press

“Demand growth is outpacing supply and will continue to do so over the coming months,” said Stephen Brennock of oil broker PVM.

Brent has risen 44% this year, supported by supply cuts led by the Organization of the Petroleum Exporting Countries and allies, known as Opec+, and a demand recovery expected to gather pace in the second half.

Despite some easing of last year’s record output cuts made when the pandemic took hold, Opec+ is still withholding millions of barrels of daily supply from the market.

Executives from major oil traders said on Tuesday they expected prices to remain above $70 and demand to return to pre-pandemic levels in the second half of 2022.

European and US stock markets marked time on Wednesday as investors brace for fresh signals from the US Federal Reserve on its stimulus policy.

The pound rose as a jump in UK inflation to 2.1 per cent in May added fuel to prospects of higher interest rates sooner than expected. But Sterling’s gain in turn weighed on share prices of London-listed multinationals earning in dollars.

Wall Street stocks wobbled in morning trading as the US Federal Reserve was due to wrap up a two-day policy meeting.

“The Federal Reserve takes centre stage later, with investors on high alert for any changes in outlook,” said Richard Hunter, head of markets at Interactive Investor.

“The accompanying comments from the Fed meeting will be closely scrutinised, with further evidence of a strengthening recovery and inflationary pressures guiding the next steps.”

US central bankers have made clear they will not alter monetary policy until they see lasting signs that employment and inflation have recovered from the unprecedented economic damage caused by the Covid-19 pandemic.

Investors don’t expect any changes to interest rates or stimulus programmes, but they “will be eager to go through policymakers’ economic projections and hear if the Fed acknowledges if it’s getting closer to altering policy due to rising inflation pressures,” said analyst Patrick O’Hare at Briefing.com.

Markets mostly fell in Asia following a tepid overnight lead from Wall Street, where a forecast-busting US inflation reading also spooked investors just as the Fed kicked off its latest two-day meeting.

Traders have been keeping their powder dry ahead of the closely watched gathering of US central bank officials, who are discussing plans for their ultra-loose measures in the face of a blistering economic recovery from last year’s coronavirus-induced collapse.

Fed largesse and colossal government spending have been key to spurring the rebound and a more than one-year equities rally, with the rollout of vaccines and easing of containment measures providing extra fuel.

But there is a fear that the support -- including vast Fed bond-buying and record low interest rates -- will prove to be a double-edged sword as prices soar and the economy overheats, leading to a sharp hike in borrowing costs.

Bank officials have consistently sought to reassure markets that the expected surge in inflation will be temporary and monetary policy will be kept accommodative for as long as the economy needs it.

However, traders remain sceptical, especially after the latest batch of US data, which showed the producer price index hit 6.6 percent in May, above forecasts and the highest since current records began in 2010, fuelling concerns the rises could filter through to shops.

Tuesday’s reading came days after the US consumer price inflation came in at a 13-year high.

Oil prices meanwhile extended their advance, with Brent sitting at a two-year high and WTI touching levels not seen since late 2018 thanks to an expectation that demand will continue to improve this year and next.

“It has been a direct path up for oil for a month now, fuelled by optimism over rising consumption as global vaccination continues in earnest,” said economist Howie Lee of Oversea-Chinese Banking Corp. 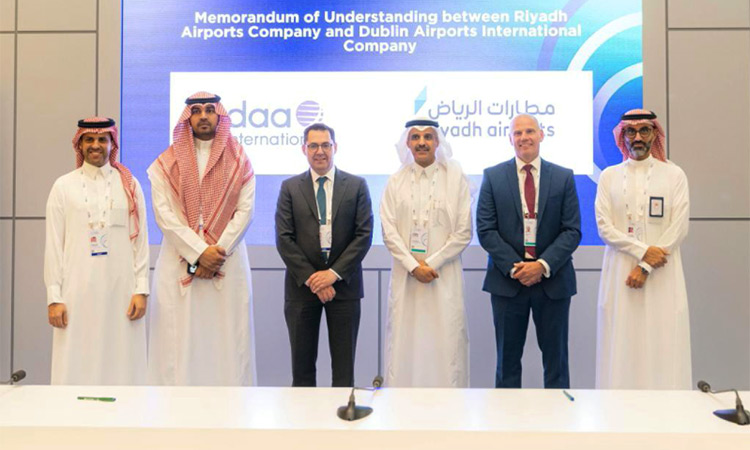 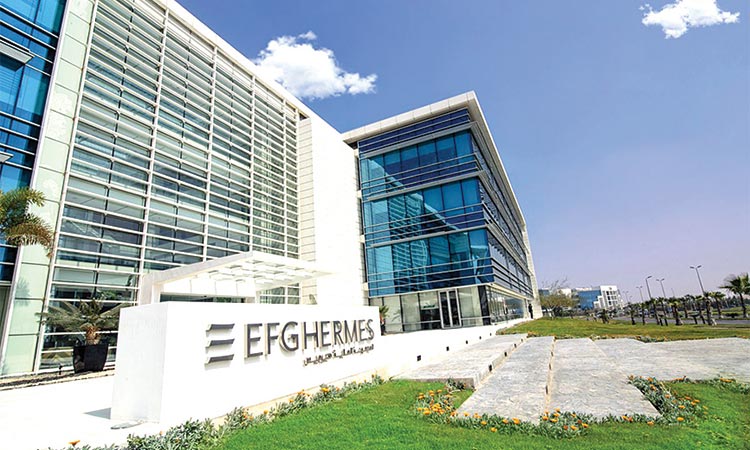