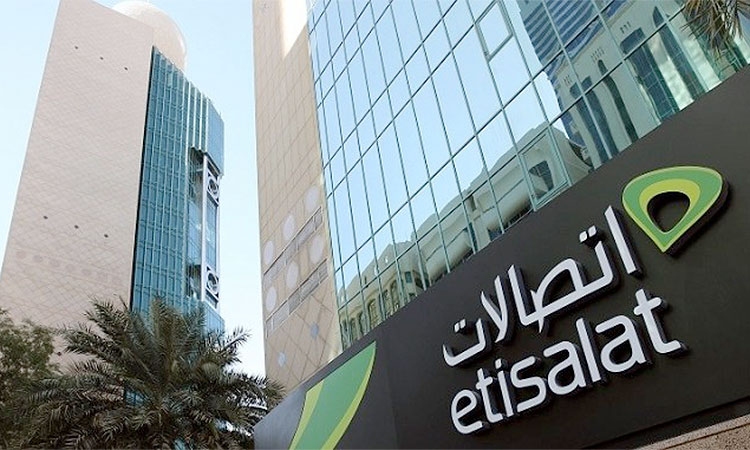 A view of Etisalat’s building in Abu Dhabi. WAM

The Abu Dhabi Securities Exchange (ADX) on Tuesday announced the listing of the bonds of the Emirates Telecommunication Group Company (Etisalat) under the issuer’s medium-term note programme with a total amount of 1 billion euro ($1.2 billion) in two tranches, starting 14th June 2021.

The listing of bonds in two tranches is subject to Securities and Commodities Authority’s (SCA) Board of Directors decision No.17 of 2014 concerning the regulations of bonds and to article No. 13 Of ADX listing rules.

All heads of departments in ADX are to execute this resolution all in their respective fields, according to a circular issued on Tuesday.

This resolution shall be circulated to SCA, all departments at ADX, and all brokers accredited by ADX. The resolution is effective from the date of issue.

The Notes mature on 6th May 2031 and carry a coupon of 2.5 percent per annum. Bond market development is a key part of the Abu Dhabi exchange’s “ADX One” strategy, which aims to increase liquidity and broaden the market’s offering of products and services. In the last year, the ADX has attracted exchange-traded funds (ETFs) and listings on the Second Market, and the launch of a derivatives market is scheduled for late 2021.

The listing of Abu Dhabi Ports bonds follows the listing on ADX in April of 1.1 billion euros of bonds issued by Mamoura Diversified Global Holding, a debt issuing entity of Mubadala Investment Company.

At Etisalat’s Annual General Meeting (AGM), shareholders have backed the board’s recommendation to pay full-year 2020 dividends of 80 fils per share,

The Ministry of Economy (MoE) continues its efforts to raise the awareness levels of Designated Non-Financial Businesses and Professions (DNFBPs) on the requirements of Federal Law No. 20 of 2018