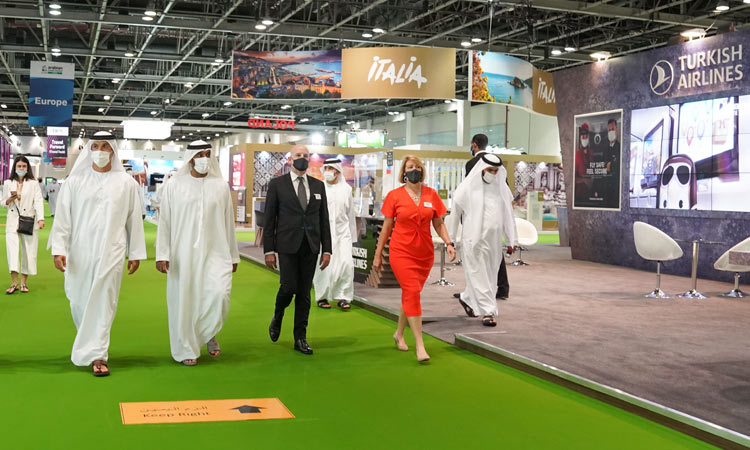 Sheikh Ahmed was accompanied by Helal Saeed Al Marri, CEO of Dubai World Trade Centre (DWTC) and Director-General of Dubai’s Department of Tourism and Commerce Marketing (DTCM), Claude Blanc, WTM & IBTM Portfolio Director; Danielle Curtis, Exhibition Director Middle East, ATM and other VIPs who embarked on a tour of the show floor as the four-day event got underway at DWTC. 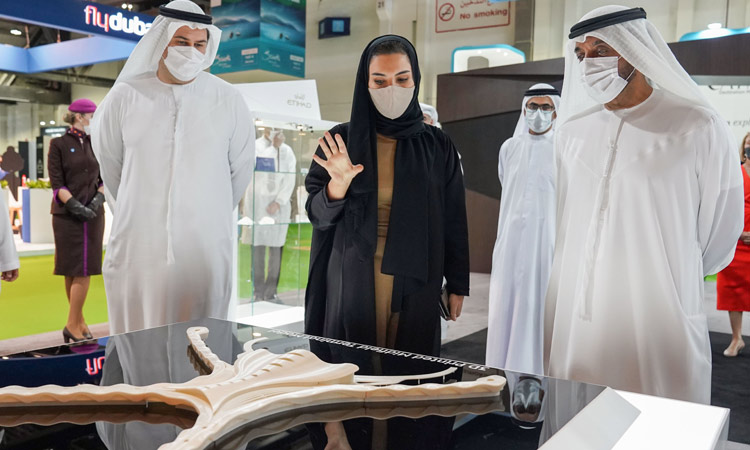 Taking place from May 16 to 19, this year’s event has 1,300 exhibitors from 62 countries including the UAE, Saudi Arabia, Israel, Italy, Germany, Cyprus, Egypt, Indonesia, Malaysia, South Korea, the Maldives, the Philippines, Thailand, Mexico and the US, underscoring the strength of our reach.

ATM 2021’s show theme is appropriately ‘A New Dawn for Travel & Tourism’ and spread across nine halls. Consistent with the existing density restrictions and social distancing guidelines and regulations, there will be 11,000 people in the halls at any given time. 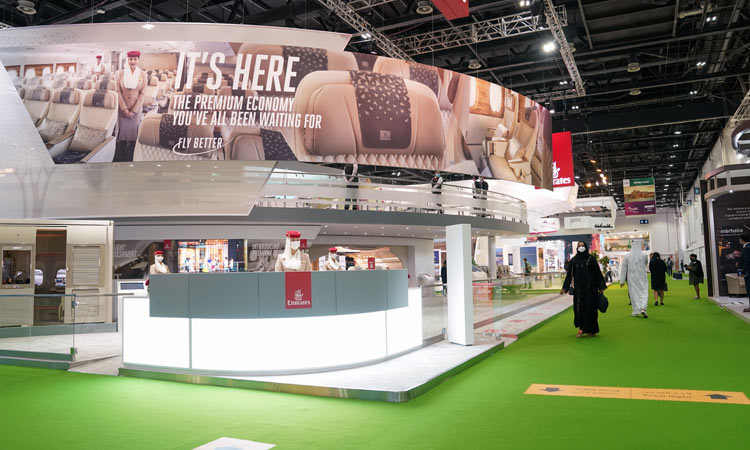 Visitors are seen at a hall after the inauguration of the  Arabian Travel Market in Dubai. WAM

The event will once again play an integral role in Arabian Travel Week, a 10-day long festival of travel and tourism events taking place in Dubai and online. In addition to the in-person Arabian Travel Market event, the travel events that are part of Arabian Travel Week are: travel technology exhibition Travel Forward, ARIVAL Dubai for the tours and attractions sector, GBTA’s half day virtual business travel conference, ITIC’s Middle East Tourism Investment Summit and regionally focused buyer groups including China, and of course ATM Virtual, the online edition of the ATM exhibition.

This year, for the first time in ATM history, a new hybrid format will mean a virtual ATM running a week later, from 24th-26th May, to complement and reach a wider audience than ever before. ATM Virtual, which made its debut last year, proved to be a resounding success attracting 12,000 online attendees from 140 countries. 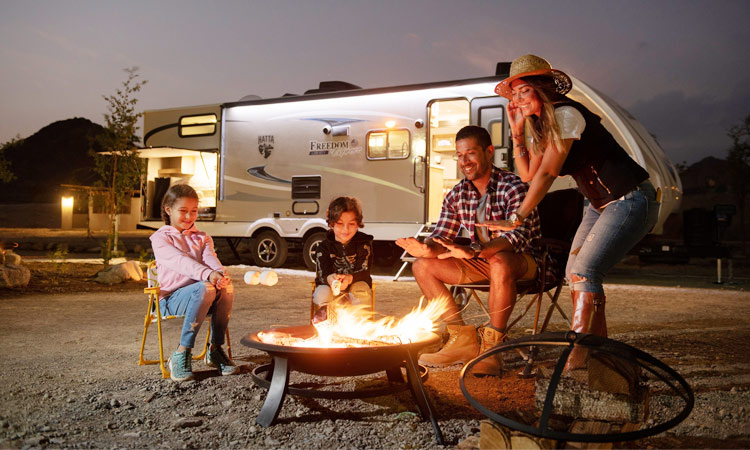 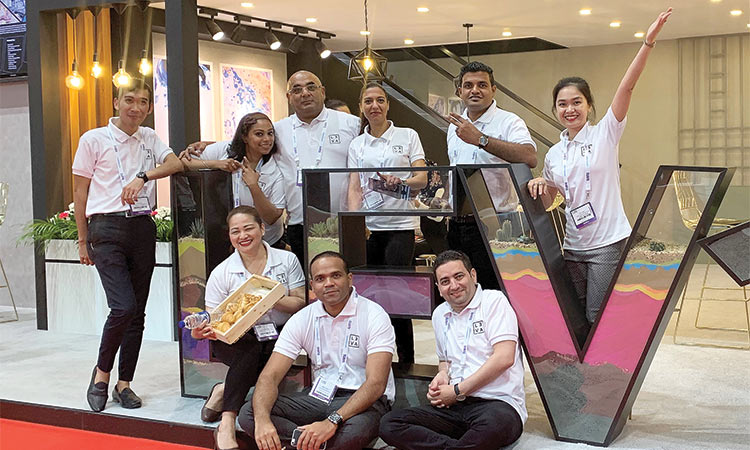 Arabian Travel Market to open next week in Dubai

The event will welcome more than 20,000 visitors and over 1,500 exhibiting companies during the four-day tourism showcase, which concludes on Thursday. 112 countries will be featured on the show floor ranging from Japan to Jamaica and South Africa to Italy. 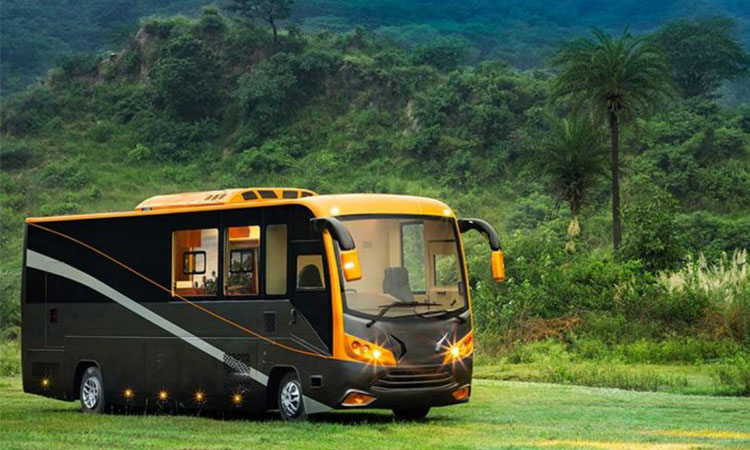 Minister for Tourism PA Mohammed Riyas inaugurated the state of the art caravan facility in Vagamon in Idukki district on Friday. The rate charged for a group comprising four people for a one-day package is Rs40, 000 per day, according to ADRAK group director S Nandakumar. 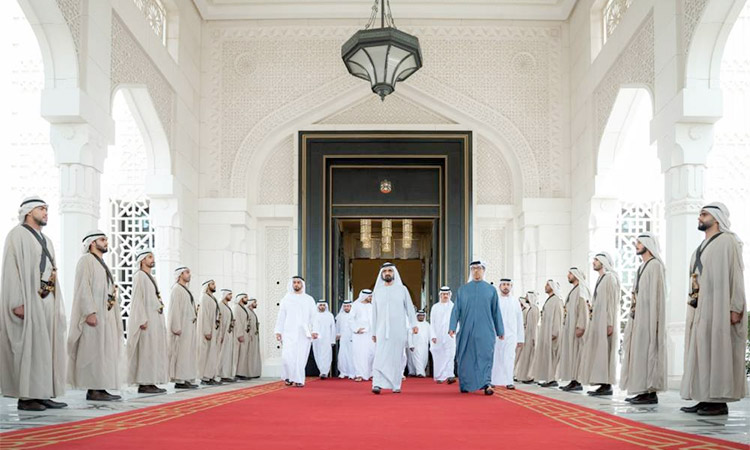