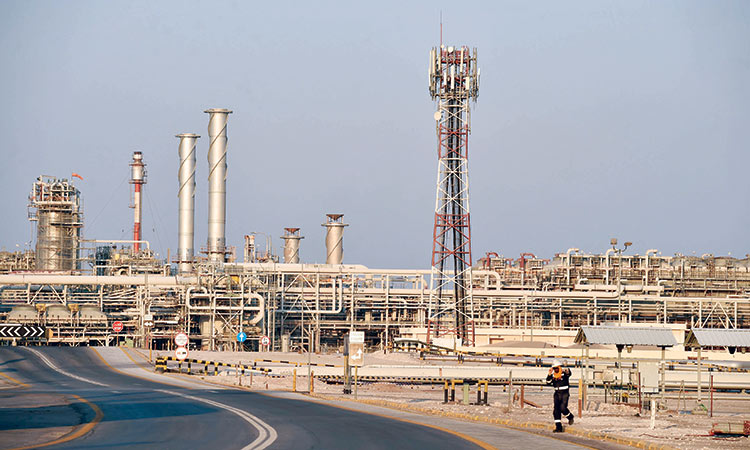 Earnings by global energy companies such as Exxon Mobil have climbed on the back of rising crude prices, which are up by about a third this year, as fuel demand recovers from the pandemic and as a global surplus of crude shrinks.

“Given the positive signs for energy demand in 2021, there are more reasons to be optimistic that better days are coming,” Amin Nasser, chief executive of the world’s top oil exporter, said in a statement.

“And while some headwinds still remain, we are well-positioned to meet the world’s growing energy needs as economies start to recover,” he said.

Net income rose to $21.7 billion for the quarter to March 31 from $16.7 billion a year earlier. Aramco had been forecast to deliver net profit of $19.48 billion, according to an average based on estimates by five analysts.

Aramco, which listed in 2019 with the sale of a 1.7 per cent stake mainly to the Saudi public and regional institutions, said earnings were boosted by stronger crude prices and higher refining and chemicals margins, helping offset lower production.

The Opec+ group, the alliance that groups the Organisation of the Petroleum Exporting Countries, Russia and several other producers, have cut output to support prices but agreed on a plan in April to start gradually easing those curbs from May 1.

Aramco, which reduced its output as part of that pact and as a result of Saudi Arabia’s additional voluntary production cuts, said global demand for petroleum products was recovering from its lows in 2020 but remained below pre-pandemic levels.

Aramco declared a dividend of $18.8 billion for the first quarter, to be paid in the second quarter, in line with company guidance of a $75 billion dividend for this year.

Aramco said it expected capital expenditures to be around $35 billion in 2021, compared to the original guidance of $40 billion to $45 billion.

Saudi Crown Prince Mohammed Bin Salman has said more Aramco shares could be sold in the next year or two, including to international investors. He has said the kingdom was in talks to sell 1 per cent to a leading global energy company.

Salman also announced last month a new initiative called Shareek or Partner, in which large Saudi companies including Aramco would lead private sector investments in the domestic economy over the next 10 years.

HSBC in an equity note to clients said the move could restrict headroom to grow dividends much in the next few years.

SAUDI ECONOMY: Saudi Arabia’s plans to balance its finances are making good progress but a slower pace of adjustment could be considered this year to support the recovery from the coronavirus crisis, the International Monetary Fund said on Monday.

Saudi Arabia’s economy, the largest in the Arab world, is expected to grow 2.1 per cent in 2021 after shrinking 4.1 per cent last year amid the twin shock of the pandemic and lower oil prices, the IMF said in a report.

The forecast figure is lower than a 2.9 per cent real gross domestic product (GDP) growth estimate the IMF published last month due to a downward revision of Saudi oil GDP, now expected to contract by 0.5 per cent this year, against an earlier 1.6 per cent growth estimate.

This was due to production levels agreed by the organisation of the Petroleum Exporting Countries, Russia and their allies, a group known as Opec+, said the Fund.

Non-oil GDP - a measure of the progress of Saudi reforms aimed at weaning the economy off oil revenues - is slated to grow 3.9 per cent this year, the IMF said, confirming its April forecast.

“The VAT rate increase, the removal of the Cost-of-Living Allowances, the increased focus on the efficiency of capital spending, and planned further domestic energy price reforms are all important contributors to the planned fiscal adjustment and should not be reversed or delayed,” said the Fund. But it said that while fiscal consolidation was needed, “a slower pace of adjustment could be considered this year to provide further support to the recovery.”

In particular, spending should increase to support low-income households and help offset the loss of purchasing power after the measures introduced last year, it said.

Saudi Crown Prince Mohammed bin Salman said last week a decision last July to triple value-added tax to 15 per cent was temporary, and that the tax could be reduced over the next five years.