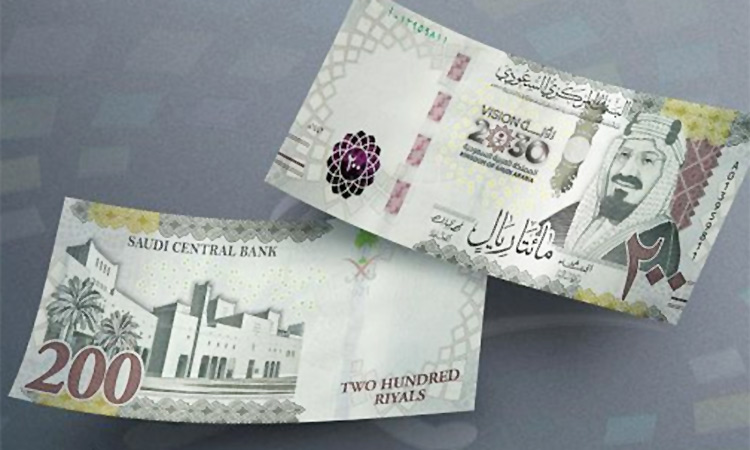 Pictures of new notes of SR200 issued by Saudi Arabia.

The Central Bank of Saudi Arabia announced the introduction of a bank note of SR200 denomination, on the occasion of the 5th year since the launch of the Kingdom’s Vision 2030, reported the Saudi Press Agency (SPA).

This issue is based on Article No. (4) of Saudi Monetary Law issued by Royal Decree No. (6).

In this regard, the Saudi Central Bank clarified that the Two Hundred Saudi riyal banknote will be put into circulation by Sunday , together with other current banknotes in all its denomination as official legal tender.

The Central Bank stated that the new Two Hundred denomination was printed according to the latest standards in the field of banknote printing.

The new denomination is characterized by various technical specifications, high-quality security features, distinctive design, and attractive colors, which highlight the design of this denomination.

Noting that the new banknote comes in gray color with a picture of the founder King Abdul Aziz on the front of the banknote, the logo of the Kingdom’s Vision 2030 in 3D design, in addition to the Saudi Central Bank name, and the banknote value in the Arabic letters and numbers.

The back of the banknote carries an image of “Qasr Al Hukm” in Riyadh City, the Saudi Central Bank name, and the banknote value in the English letters and numbers. The Saudi central bank has extended a loan deferral programme to help small businesses cope with the fallout of the coronavirus pandemic until the end of the first quarter next year.

The monetary authority said in a statement that the plan has impacted over SAR77 billion ($20.5bn) of loans and the extension was taken to help support economic growth. Announced in March as one of the kingdom’s first responses to the economic costs of the health emergency, the measures have already been prolonged and were due to expire in December. 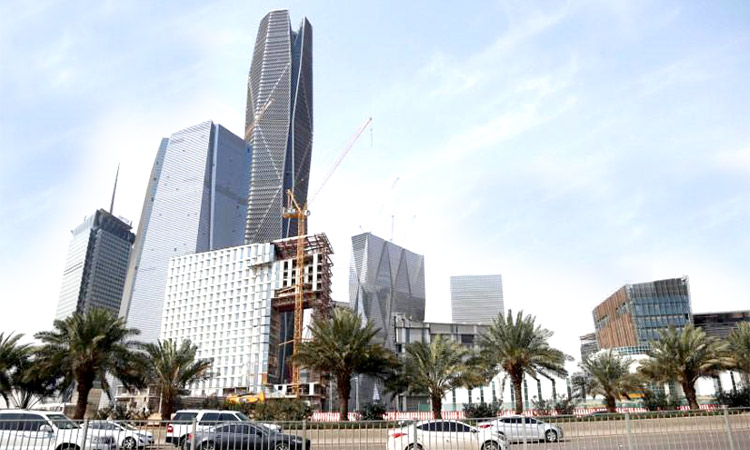 Saudi Arabia’s central bank said it had prepared a 50 billion riyal ($13 billion) package to help small and medium-sized enterprises cope with the economic impacts of the coronavirus outbreak.

In line with the agreement by Opec+, the UAE average oil production is projected at 2.984 million barrels per day in 2020.