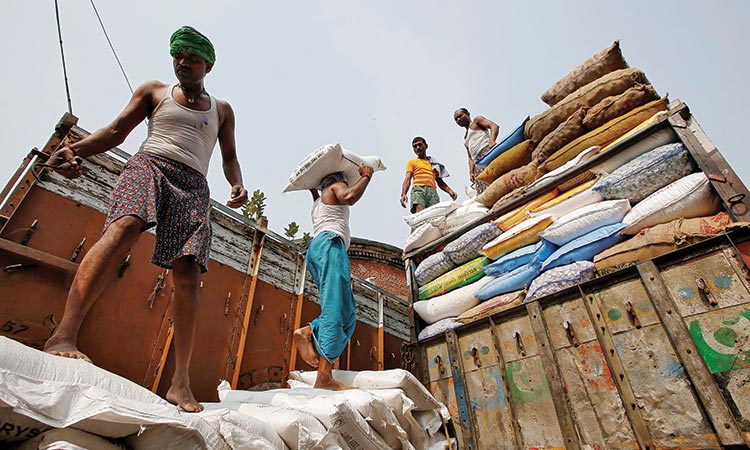 A labourer carries a sack filled with sugar to load it onto a supply truck at a wholesale market in Kolkata. File/Reuters

Lower demand could increase inventories in India, the world’s biggest consumer of the sweetener, and may put downward pressure on local prices. Lower domestic sales could force mills to export more sugar in the next marketing year, putting pressure on global prices as well.

“The second wave of coronavirus has been disrupting the market during the peak demand season. Purchases by bulk buyers have been falling,” Praful Vithalani, president of All India Sugar Trade Association (AISTA), told Reuters.

Consumption of cold drinks and ice cream, and as a result demand for sugar, rises in India during the summer months that run roughly from March to June. Demand also gets a boost in summer from the wedding season but some states have now restricted the number of guests at weddings and other functions to try and curb the virus.

Maharashtra, Rajasthan, Chhattisgarh, New Delhi and Uttar Pradesh are among states that have imposed various curbs this month as daily COVID-19 cases nationwide hit a new record and the health system crumbled under the weight of new infections.

Sugar consumption was expected to rebound sharply in the 2020/21 marketing year ending on Sept. 30 but the new restrictions imposed by states mean consumption will probably be steady at around last year’s level, Vithalani said.

Sugar demand, which usually rises by more than 1% each year, fell 0.8% in 2019/20 to 25.3 million tonnes because of one of the world’s strictest lockdowns imposed last year in March.

Demand from bulk consumers had recovered to normal levels by the end of 2020 but started falling again this month due to uncertainty over coronavirus-led lockdowns, said Ashok Jain, president of the Bombay Sugar Merchants Association.

A few mills in Maharashtra, a key producer, are selling sugar below the government’s fixed minimum selling price of 31,000 rupees ($414.04) per tonne as they are producing much more than demand, Jain said.

INDIA STOCKS SINK: Indian stocks slumped on Monday to hit their lowest in more than two-and-a-half months as coronavirus cases raged across many parts of the country, while Indonesian shares fell ahead of a central bank meeting on Tuesday. Moves in Asian currencies and most other stock markets were mixed amid a lack of major catalysts. Stocks in Malaysia and the Philippines fell, while Singapore shares firmed slightly. Fresh waves of COVID-19 infections across South and Southeast Asia have sapped risk appetite in recent days, while weakness in currencies like the Russian rouble and Turkey’s lira has weighed more broadly on emerging markets. Indian shares fell nearly 3% as a record daily rise in infections raised concerns about new curbs in the world’s second-most populous country.

“The COVID-19 situation is getting out of control in India. Job markets are getting hampered, small businesses are getting shut due to cash-flow issues, and there is uncertainty on when things will improve,” said Arnob Biswas, head of FX research at SMC Global Securities Ltd. In Indonesia, investors await a policy meeting of Bank Indonesia (BI) for cues on how the central bank will support economic recovery as well as the rupiah, which is among the region’s worst performing currencies so far this year.

Analysts expect BI to leave its key policy rate unchanged at a record low for the rest of the year, according to a Reuters poll. Jakarta stocks shed 0.7%, while the rupiah edged up on Monday. Indonesia has struggled to sell its bonds amid a rise in US Treasury yields. Though yields fell last week, Morgan Stanley analysts said they believe the outlook for Indonesian bonds remains tough.

“Demand at INDOGB auctions has still been weak, and we think that, looking ahead, external factors such as US yields will likely remain uncertain,” they said in a note. “While the rates differentials between Indonesia and the US are still wide, without BI hiking rates, the bonds and IDR would still face sell-off pressure.” Elsewhere, the Taiwanese dollar and equities strengthened after the island nation’s central bank said it might hike its annual growth forecast. Thai stocks jumped 1.2% even after the tourism-reliant nation reported a record rise in virus cases on Sunday. 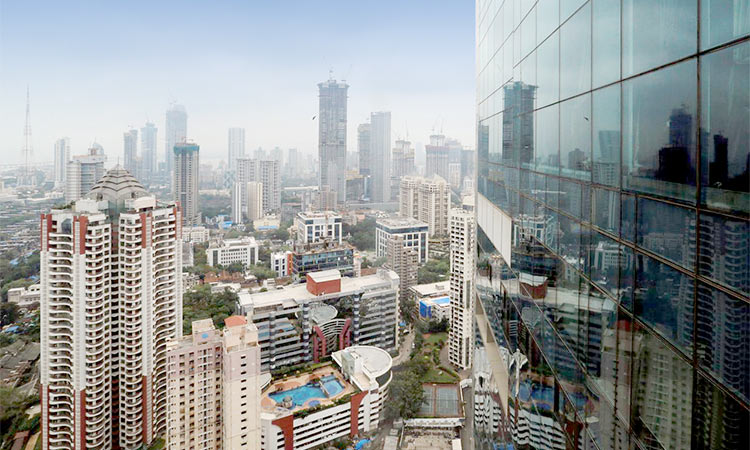 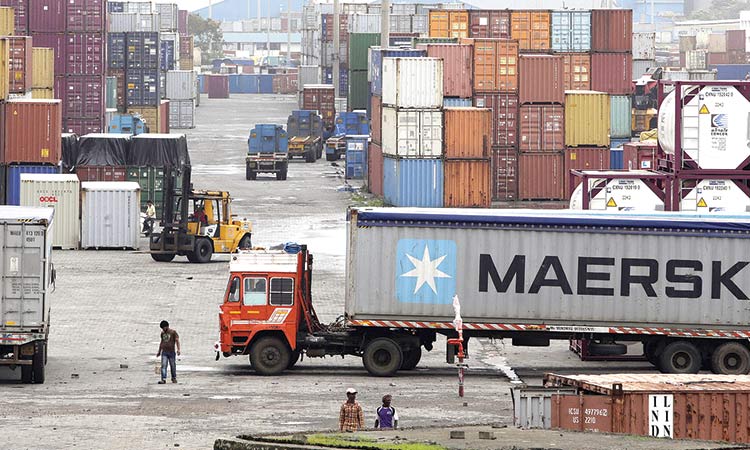 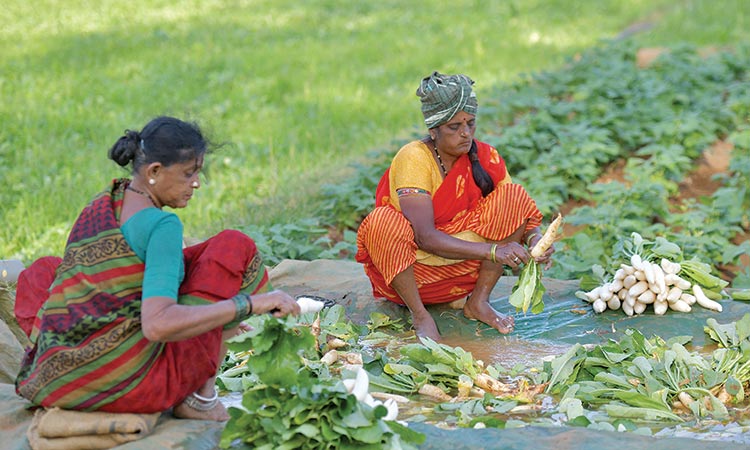