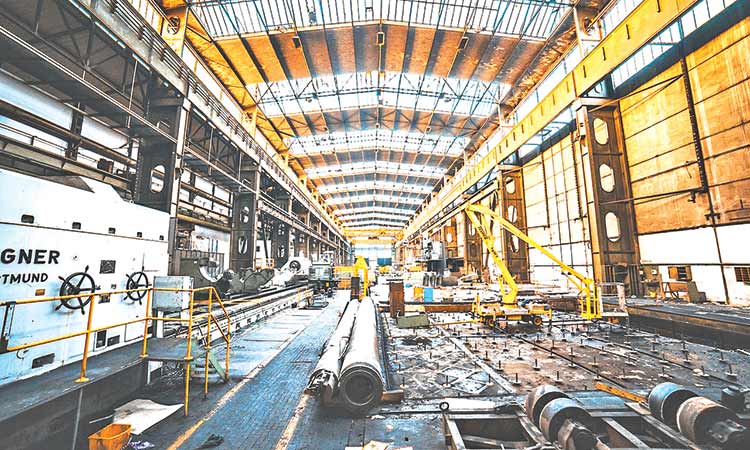 India’s steel demand to increase by around 22 per cent to touch the 100-million-tonne mark this year.

Steel is regarded as an essential commodity as it is the backbone of the manufacturing industry. Recovery in demand is already visible in the construction, automobile, and white goods segments. This is expected to continue in the first half of 2021 as pent-up demand will be met.

The construction sector, which includes both infrastructure and real estate, contributes about 62 per cent of the total steel demand. Both these sub-segments are witnessing demand revival which is expected to become stronger in 2021, especially as the government loosens its purse strings and spends more on infrastructure projects.

The automobile sector contributes nine per cent while the consumer durables segment’s contribution is six per cent. While the second half of the year is expected to see growth tapering a bit, there will be healthy demand in steel-using industries which will bring in good tidings for the Indian steel sector.

Says Arnab Hazra, Economist and Deputy Secretary-General of the Indian Steel Association (ISA), “Consumption of finished steel had reached 102.6 million tonnes in 2019. We had predicted steel demand to decline by around 20.2 per cent to 81.9 million tonnes in 2020. However, now in 2021, we foresee a strong rebound in steel demand. We expect steel demand to increase by around 22 per cent to touch the 100 million tonne mark once again. As the economy and economic growth recovers, steel demand from capital goods, construction machinery, mining equipment, and electrical machinery is expected to show strong recovery.”

Sectors like capital goods, construction machinery, electrical machinery, and mining equipment contribute about 10 per cent to steel use. The Railways, an important steel using sector, has seen the strongest growth in the last few years. This growth trend is likely to continue in 2021. However, paucity of funds could deter new projects and thereby dampen the steel demand that is traditionally witnessed by this sector.

The Railways contribute about seven per cent to India’s overall steel usage.

The remaining six per cent is contributed by the intermediary or packaging sector, which, in turn, depends on both the auto sector and exports. Demand in this sector is likely to touch 2019 levels -- of around six million tonnes.

While it is largely believed that the steel industry, like other industries in India, suffered heavily during the 69-day nationwide lockdown, steel companies, using the blast furnace route never halted production during this period.

The bigger and integrated steel producers who use the blast furnace or blast oxygen furnace route, cannot be shut down indiscriminately. There are huge costs involved in shutting down as well as restarting these blast furnaces. So, the bigger steel players had to continue producing steel even during the lockdown. Thankfully, there was demand from the Chinese market which proved to be the succour.