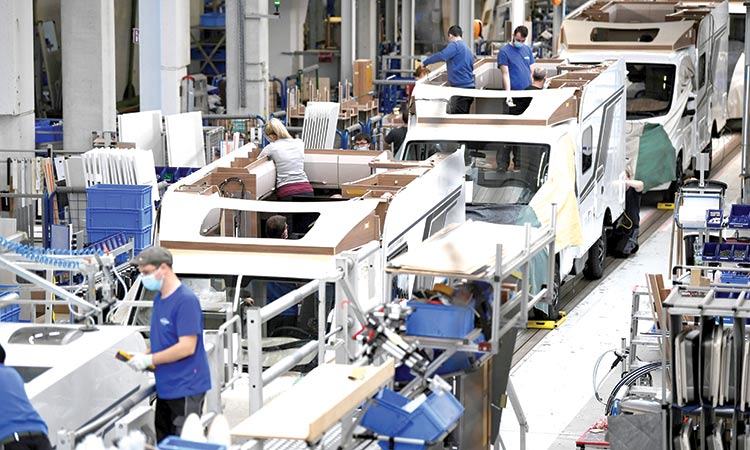 Business morale in Germany is higher this month than it has been in almost two years, as rising demand for manufactured goods keeps factories in Europe’s largest economy humming despite the pandemic and lockdown restrictions, a survey showed.

The Ifo institute said its business climate index shot up to 96.6, the highest reading since June 2019, from an upwardly revised 92.7 in February. A Reuters poll of analysts had pointed to a March reading of 93.2.

The survey added to signs that the economy is navigating through the pandemic relatively unscathed in an election year marked by rising discontent with Chancellor Angela Merkel’s handling of lockdowns and a slow vaccination campaign.

Ifo said “exploding” demand for German goods from the United States and China pointed to an upswing in the industrial sector, where optimism was at its highest level since November 2010.

The survey also found that the services sector, which had been hit harder by lockdown measures in place since November, was also showing initial signs of a recovery.

Ifo economist Klaus Wohlrabe said the institute expected a 0.7% contraction in the third quarter, suggesting that the economy would return to solid growth once the services sector, which makes up just under 70% of output, recovers.

Germany is struggling to contain a second wave of the coronavirus that has in recent weeks morphed into a third, forcing an extension of lockdown measures until April 18.

Merkel was criticised this week for causing confusion by reversing a decision for an extended Easter holiday designed as a circuit-breaker.

“This nice surprise is in contrast to the chaos of the corona-fighting measures of the last few days,” said Uwe Burkert, chief economist at LBBW. “It is rooted in the global recovery and the prospect of successful vaccination.”

Merkel’s government unleashed a massive stimulus plan last year to keep businesses afloat and avoid mass layoffs during the crisis. The chancellor said this week the sluggish vaccination campaign should start gaining steam in April when shots are expected to become available in larger quantities.

“We still expect the government to lift most restrictions around the middle of the year, once roughly half of the adult population has been vaccinated,” said Andrew Kenningham, chief Europe economist at Capital Economics.

“If so, the economy should recover from the third quarter on. And Germany should still be the first of the large euro zone economies to regain its pre-pandemic level of activity, perhaps by early 2022.”  Meanwhile, Germany’s largest trade union, IG Metall, agreed a wage deal on Saturday for the roughly 70,000 workers in the iron and steel industry in north-west Germany.

Under the agreement, which runs for 15 months and was struck after seven hours of talks, workers will receive lump-sum payments of 250 euros ($295) each on December 28 this year and February 28, 2022, according to IG Metall.

From February 28, 2023, the steelworkers will then receive an additional payment of 600 euros a year. The parties also agreed on a one-off coronavirus allowance of 500 euros, which is to be paid out as early as the end of June.

The union had originally demanded a 4% pay rise for the steelworkers of companies like Thyssenkrupp and Salzgitter.

“In the biggest economic crisis of the post-war period, the collective bargaining partners in the steel industry have found a responsible and fair compromise,” said Knut Giesler, head of IG Metall in the state of North Rhine-Westphalia. The parties also agreed to come up with a collective agreement framework for the transition to CO2-neutral steel production.

Separately, the German city of Hanover’s power utility, Enercity, said on Friday it has sold vehicle charging firm Compleo Charging Solutions for 38.4 million euros ($45.25 million) and will merge it with its wallbe unit to create an e-mobility charging infrastructure supplier. A number of German utilities have set out plans to decarbonise in the wake of the country’s decision to wean itself off coal-generated power by 2038 and pursue other renewable energy sources.

Compleo, which is listed, and wallbe will have 50 million euros’ ($58.87 million) turnover and tap into growth in Germany and Europe electric car ownership, Enercity’s chief executive Susanna Zapreva said in a call after financial results for 2020.

“We are happy to retain a share of 2.5% in the merged entity,” she said, adding the two brands would continue to operate under their own names in the first year. With 45,000 charging points already delivered and big growth potential looming, the move would help secure access to production capacities and knowledge in simplifying card payment mechanisms at charging stations, Zapreva said. 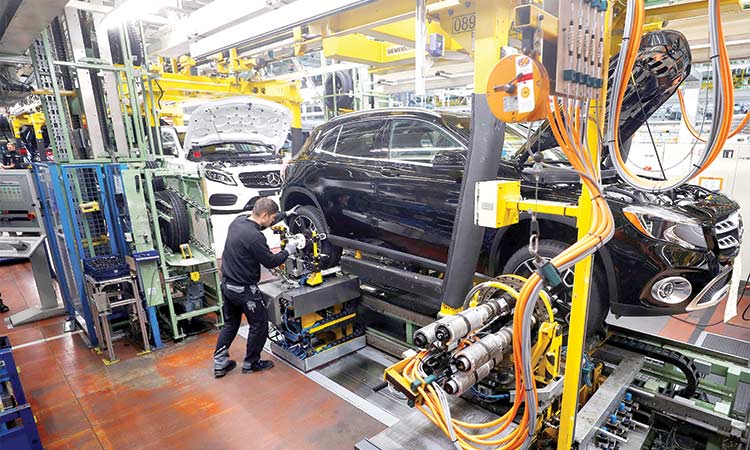 Orders for German industrial goods rose by a weaker-than-expected 2.8%, indicating an initial snap back from the coronavirus shock is fading into a slower recovery. 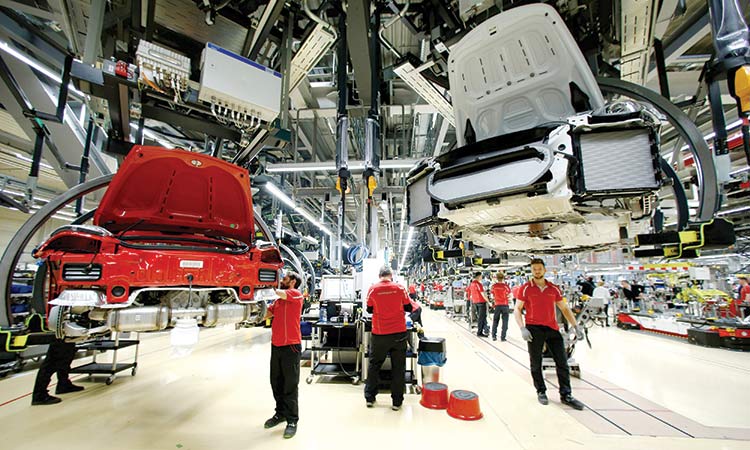 The German government has raised its growth forecast for this year to 3.5 per cent, compared with the 3 per cent growth it was expecting back in January, a source said, adding that the upward revision was justified by a stronger-than-expected fourth quarter. 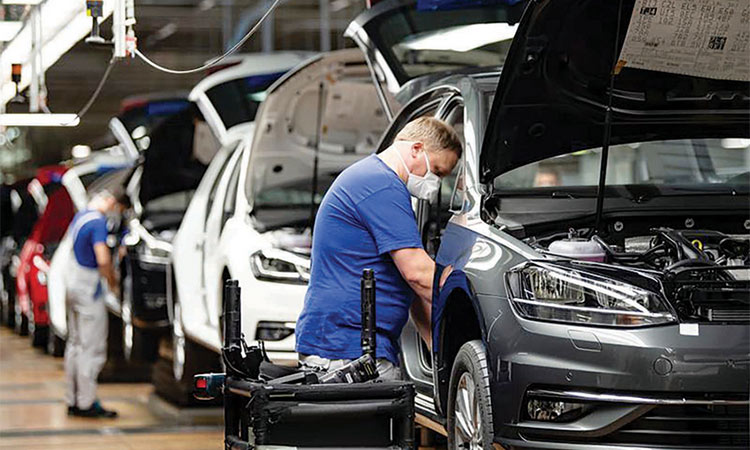 Strong domestic demand for consumer goods propelled a bigger than expected jump in German industrial orders in March, data showed on Thursday in a sign that manufacturers will support a recovery once supply and delivery bottlenecks are overcome.