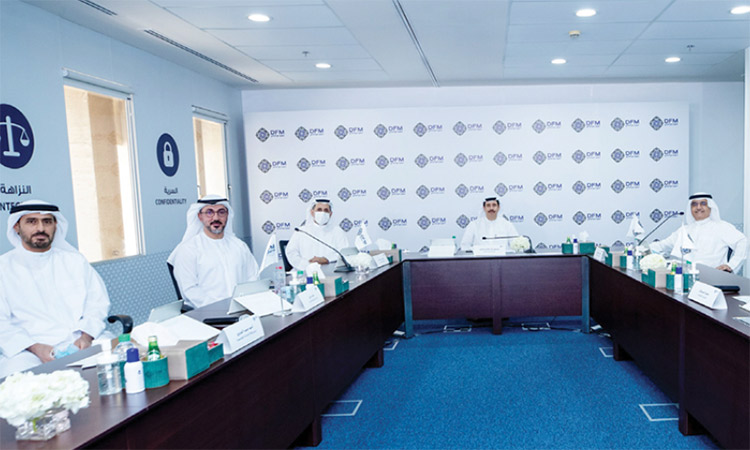 Officials during the company’s Annual General Meeting in Dubai on Monday.

The shareholders also ratified the Board of Director’s report on the Company’s performance and its financial position for the fiscal year ending 31 December 2020, the external auditor’s report as well as the Fatwa and Sharia’a Supervisory Board’s report.

In line with the Securities and Commodities Authority (SCA) instructions, the electronically-held AGM enabled Company’s shareholders to remotely participate and vote while observing the precautionary measures related to COVID-19 Pandemic.

The shareholders also discharged members of the Board of Directors and the External Auditors from their liabilities for the fiscal year ending 31 December 2020 and appointed PriceWaterhouseCoopers as the external auditors for the fiscal year 2021 as well as determined their fees.

The shareholders approved the appointment of two representatives for the shareholders and determined their fees in accordance with paragraph (4) of Article (40) of the Corporate Governance Guide issued by Resolution of the Chairman of the SCA No. 3/R.M of 2020.

During the meeting, the shareholders approved the appointment of the Fatwa and Shari’a Supervisory Board members for the year 2021. As stated by the Fatwa and Shari’a Supervisory Board’s report, the Zakat of shares for the year 2020 has been calculated according to the Net Assets Method at Dhs8.18 per 1000 shares. The Shari’a Board urged shareholders, who purchased the shares for acquiring purposes, to distribute this Zakat as per their shareholdings. The Shari’a Board also calculated the Non Shari’a-compliant income from the Company’s operations during the year 2020 at Dhs31 million, including similar revenues from Nasdaq Dubai.

The IPO and listing of free zone companies comes in line with the strategic goals set out by the Dubai 10X initiative. By providing access to DFM’s Main Market and Nasdaq Dubai Growth Market, the initiatives will ensure that small and medium-sized companies, SMEs, and larger free zone companies will be able to generate a wave of potential new investors to enable them to expand their business and enhance their attractiveness in global markets. Built on solid foundations and determined to meet market needs, the new platforms will also create added value for free zone companies by providing them with the trading systems and other knowledge and technologies that will enable holistic growth of the listed companies.

The webinar showcased the latest developments in the regulatory and legislative structure that will assist companies with public offering and listings in Dubai Financial Market and Nasdaq Dubai. The webinar also touched upon the recent regulations issued by the Securities and Commodities Authority, SCA, regarding the offering of free zone companies’ shares in the market. Adding to that, the responsibilities of companies and the most important considerations that must be considered were also brought to light.

The webinar included several sessions that featured experts from leading banks and legal consulting firms, who highlighted the joint initiatives between the stakeholders across the UAE, including DAFZA, DFM, Nasdaq Dubai, SCA and the Supreme Legislation Committee in Dubai. These initiatives aim to support the efforts of achieving Dubai’s strategy to strengthen the emirate’s position as a regional hub for the leading international companies.

DFM was established as a public institution with its own independent corporate body. DFM operates as a secondary market for the trading of securities issued by public shareholding companies, bonds issued by the Federal Government or any of the local Governments and public institutions in the country, units of investment funds and any other financial instruments, local or foreign, which are accepted by the market. The DFM commenced operations on March 26, 2000 and became the first Islamic Shari’a-compliant exchange globally since 2007. Following its initial public offering in November 2006, when DFM offered 1.6 billion shares, representing 20 per cent of its paid-up capital of Dhs 8 billion, DFM became a public joint stock company and its shares were listed on 7 March 2007 with the trading symbol (DFM). Following the IPO, the Government of Dubai retained the remaining 80 per cent of DFM Company through Borse Dubai Limited. 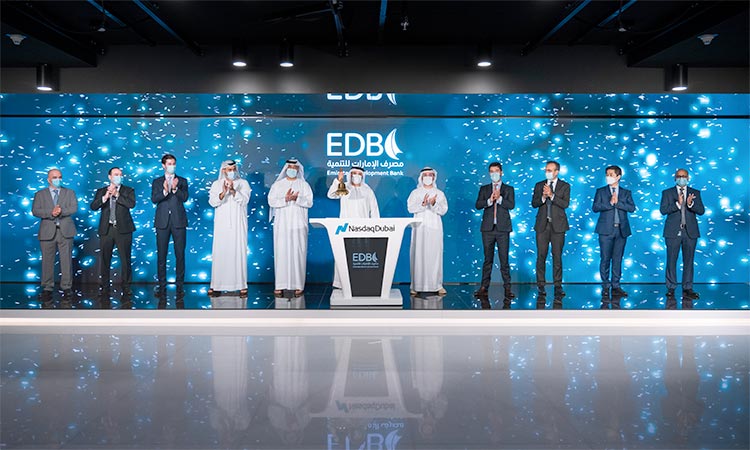