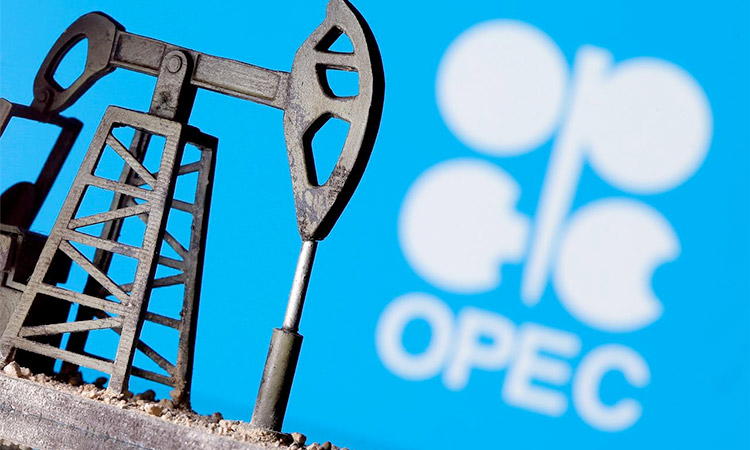 “Crude prices are relatively stable ... we see a certain balance between demand and supply,” Opec president Diamantino Azevedo told Reuters in an interview.

“However, due to the pandemic situation the world is living through and with new waves arriving, we could have a situation of smaller demand due to confinements. Vaccination of the global population against COVID-19 will certainly increase demand”.

Opec other key exporters such as Russia, a grouping dubbed Opec+, meet on Thursday and are expected to discuss allowing as much as 1.5 million barrels per day (bpd) back into the market to address demand likely to be unlocked later in the year as vaccine programmes gather pace.

But Azevedo, Angola’s minister of Mineral Resources and Petroleum and who occupies Opec’s rotating presidency, warned that any worsening of the pandemic could lead producers to tamp down output.

“The production levels that were desirable at the time of the latest adjustment could naturally be affected downward due to ... the COVID-19 pandemic and its variants,” he added.

Oil prices were steady on Tuesday before this week’s Opec+ meeting where producers are expected to ease supply curbs as economies start to slowly recover from the coronavirus crisis.

Prices slipped after a recent rally on expectations that the Organization of the Petroleum Exporting Countries and its allies, a group known as Opec+, would add more oil to the market from April as they ease back on last year’s deep supply cuts.

Opec+, which meets on Thursday, could discuss allowing as much as 1.5 million barrels per day (bpd) back into the market.

Opec oil output fell in February as a voluntary cut by Saudi Arabia added to reductions agreed to in a previous OPEC+ pact, a Reuters survey found, ending a run of seven consecutive monthly increases.

In Asia, China’s factory activity growth slipped to a nine-month low in February, which could curtail Chinese crude demand. Oil buying by the world’s top importer has recently eased.

“There are signs that the physical market is not as tight as futures markets suggest,” ING Economics said in a note.

The Canadian dollar edged higher against its US counterpart on Tuesday, adding to the previous day’s rally as oil prices rose and domestic data showed faster-than-expected economic growth.

Canada’s economy grew at an annualized rate of 9.6% in the fourth quarter, beating analyst expectations of 7.5%, Statistics Canada data showed on Tuesday, with GDP expected to climb 0.5% in January. The price of oil, one of Canada’s major exports, rose before this week’s OPEC+ meeting where producers are expected to ease supply curbs as economies start to slowly recover from the coronavirus crisis. U.S. crude prices rose 0.9% to $61.18 a barrel, while the Canadian dollar was trading 0.1% higher at 1.2638 to the greenback, or 79.13 U.S. cents.

On Monday, the loonie strengthened 0.7%, its biggest gain in nearly six weeks, as pressure on stocks due to the recent jump in bond yields faded. Global stock markets paused on Tuesday as investors sought to guess the bond market’s next move.

Canadian government bond yields were higher across a steeper curve, with the 10-year up 3.5 basis points at 1.377%. On Friday, it touched its highest intraday since January last year at 1.501%.