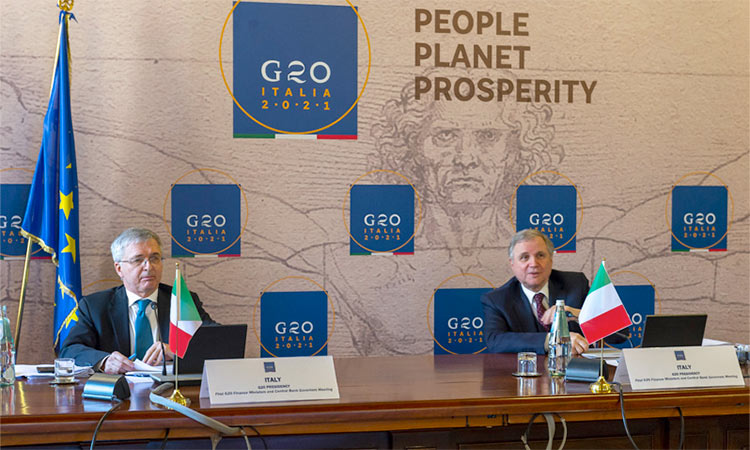 Daniele Franco and Ignazio Visco during the streamed G20 meeting in Rome. AFP

The video conference, which Italy was chairing as G20 president, is the first such meeting in post for US President Joe Biden’s new Treasury Secretary Janet Yellen, who is expected to be far less confrontational than Donald Trump’s representatives at past gatherings.

“With the new American administration, it will certainly be easier to reach a deal” for increased aid to poorer nations, international economy professor Lucia Tajoli of Milan’s Polytechnic business school told AFP.

But while “Joe Biden’s approach to international cooperation is much more open... it won’t be easy to gather funds given the economic crisis hitting many countries,” she added.

“Without access to vaccines, low-income countries in particular will experience further tragic loss of life and needlessly delay their economic recoveries,” Yellen wrote in an open letter to her G20 finance counterparts.

Several G20 countries have already suggested the move, after the financial instruments -- which can be exchanged for US dollars, euros, Chinese renminbi, Japanese yen or British pounds -- proved their worth as crisis firefighting tools in 2009.

Financial crisis-era SDR allocations amounted to around half the $500 billion now under discussion.

But a source close to the Italian presidency dampened expectations of a quick deal, saying “it is premature to talk about a sum” as “the decision on the SDR can only be taken after the [IMF] has made a proposal.”

Last year, the G20 also agreed a pause in debt interest payments for the poorest countries, extending it until June 30 this year.

However, the impact of this initiative “hasn’t been as broad an impact as had been hoped. The private sector didn’t participate in it and, in many parts of the world, the China Development Bank (CDB) has not been participating,” the President of the World Bank, David Malpass, told Italy’s La Stampa newspaper.

So far Chad, Zambia and Ethiopia have asked for their debt to be restructured.

“Debt alleviation, which had been swept under the rug, is now on the agenda and we can certainly expect a step forward,” Federico Niglia, an international relations professor at Rome’s Luiss university, said to AFP.

So far just 46 of the 73 eligible countries have delayed debt interest payments worth a total of $5.7 billion.

The threat of ‘Great Divergence’ - The debt question deals with minuscule amounts compared with the $14 trillion mobilised by G20 countries to reboot their own pandemic-hit economies.

The recovery “from the worst recession since World War II” will be “long and uncertain,” IMF chief Kristalina Georgieva warned in a separate interview with La Stampa.

“The prospects for recovery are diverging dangerously across countries”, against the backdrop of “a slow rollout of vaccines even as new mutations are spreading”, she said.

“So, my deepest concern is that the Great Lockdown of 2020 could morph into a Great Divergence in 2021 and beyond”, Georgieva added.

The IMF has forecast a 5.5 percent rebound in worldwide GDP this year, followed by 4.2 percent growth in 2022.

The G20 gathering, which started as scheduled at 1130 GMT, was also due to turn its gaze to international finance, as although markets have proved resilient through the health crisis, borrowing costs have risen sharply since early February.

One factor is Biden’s planned $1.9 trillion stimulus programme for the US economy.

Luiss professor Niglia noted that investors fear that “an uncontrolled rebound in the global economy could trigger a surge in inflation”.

The European Central Bank (ECB), however, issued a reassuring message Friday, as its executive board member Isabel Schnabel said it could broaden its support for the economy in case of a sharp rise in interest rates.

“With the new American administration, it will certainly be easier to reach a deal” for increased aid to poorer nations, international economy professor Lucia Tajoli of Milan’s Polytechnic business school told AFP. 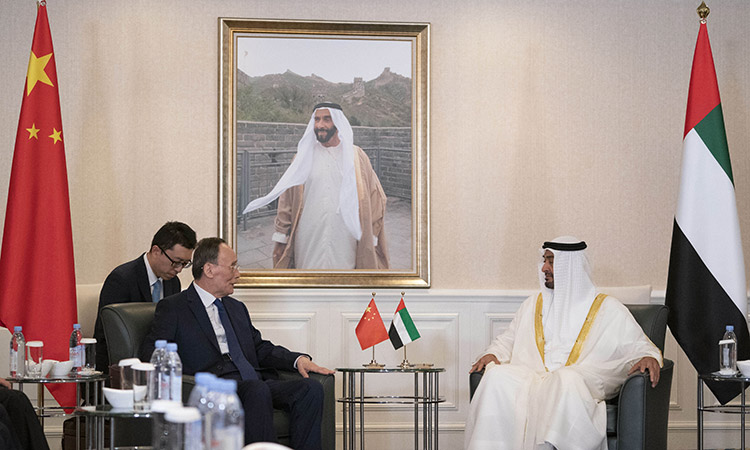 During the visit, President Xi and His Highness Sheikh Mohamed Bin Zayed discussed ways of strengthening the comprehensive strategic partnership between the two countries. 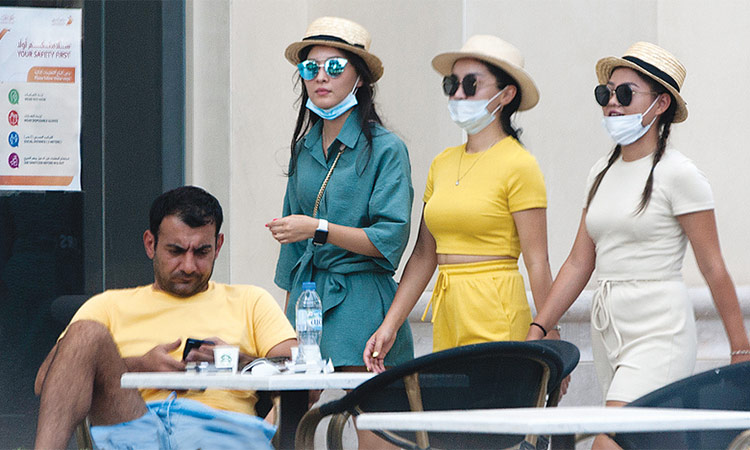 Standard Chartered expects global growth to rebound to 5.8% in 2021 from -3.3% in 2020 as economies reopen and vaccination rollouts gain momentum. 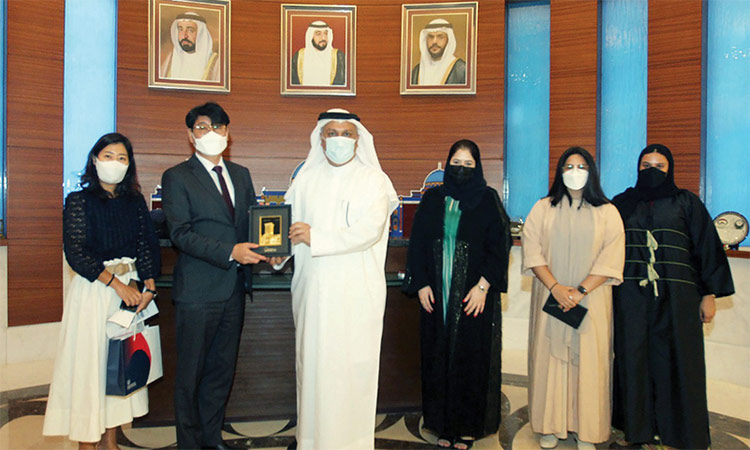