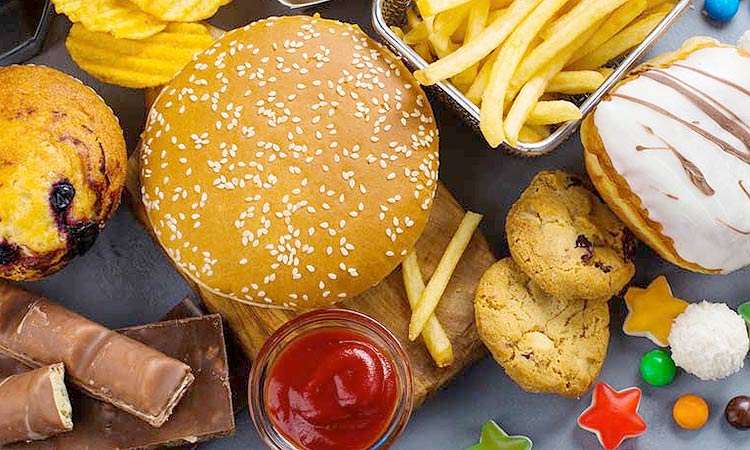 The Food and Agriculture Organisation’s (FAO) food price index, which measures monthly changes for a basket of cereals, oilseeds, dairy products, meat and sugar, averaged 113.3 points last month versus an upwardly revised 108.6 in December. The December figure was previously given as 107.5.

The Rome-based FAO also said in a statement that worldwide cereal harvests remained on course to hit an annual record in 2020, but warned of a sharp fall in stocks and signalled unexpectedly large import demands from China.

FAO’s cereal price index climbed 7.1% month-on-month in January, led higher by international maize prices, which soared 11.2%, some 42.3% above their level a year ago, buoyed in part by purchases by China and lower-than-expected U.S. production.

The vegetable oil price index increased 5.8% to reach its highest level since May 2012, pushed up in part by lower-than-expected palm oil production in Indonesia and Malaysia due in part to heavy rainfall. A rise in soyoil prices was fuelled by reduced export opportunities and prolonged strikes in Argentina.

The meat index posted a 1.0% gain, led by brisk imports of poultry, especially from Brazil, amid avian influenza outbreaks that have hampered exports from several European countries.

FAO revised up its forecast for the 2020 cereal season to 2.744 billion tonnes from a previous estimate of 2.742 billion tonnes made in December, with both wheat and rice yields seen rising. The forecast for coarse grains production was trimmed because of reduced prospects for the United States and Ukraine.

The U.N. agency said China was importing unexpectedly large quantities of maize this season, which was having a significant knock-on impact on estimates for world utilisation and stocks.

It said the contraction stemmed largely from “a massive downward adjustment” to maize inventories in China.

The FAO forecast for world cereal trade in 2020/21 was hiked by 10.6 million tonnes to 465.2 million tonnes - a projected 5.7% rise on the previous season’s record high. Trade in all major cereals was expected to climb, the agency said.

Inflation has undershot the ECB’s nearly 2% target for most of the past decade. The bank has promised ultra-easy policy for years to come, with price pressures muted and a recovery from a pandemic-induced recession dragging out.

But a surge in prices, even if temporary as many policymakers expect, could make it more difficult to justify exceptional stimulus, particularly in Germany, the euro zone’s biggest economy, which has viewed copious monetary printing with deep scepticism for years.

Annual inflation in the 19 countries sharing the euro jumped to 0.9% in January from -0.3% over the previous four months, Eurostat said on Wednesday, the highest rate in nearly a year and beating economists’ expectation for 0.5%,

The surge was primarily driven by the reversal of an earlier German tax cut, a rise in energy costs as oil prices surged and higher Food prices, even as the cost of imported goods fell over the previous month. 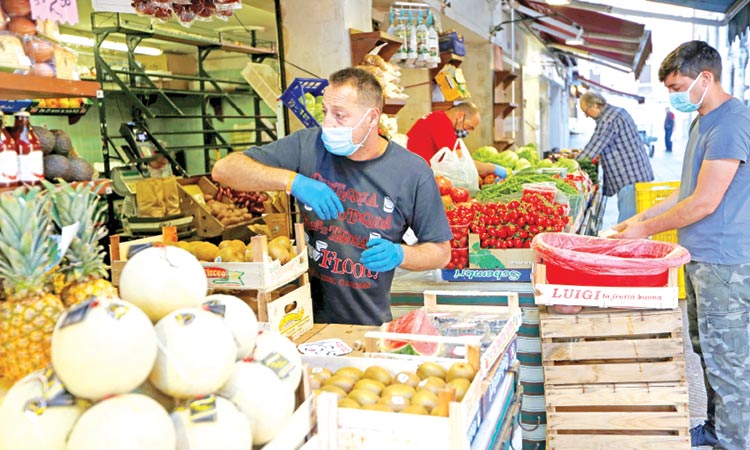 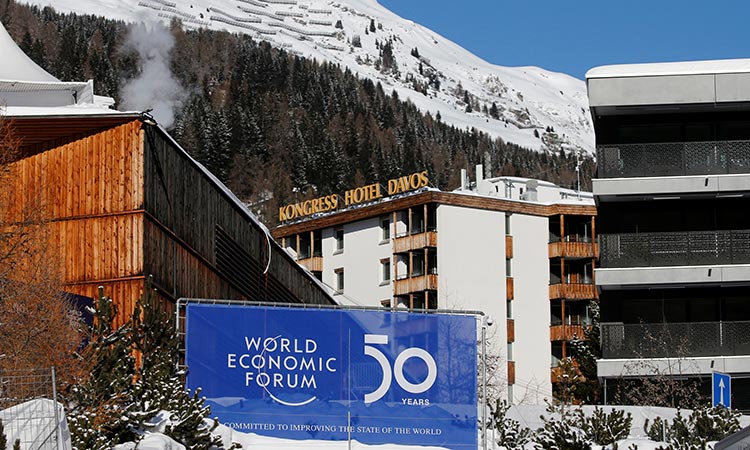 The World Economic Forum's Davos event - the annual meeting of global leaders and business elite, which shapes policies and partnerships for a more inclusive, cohesive and sustainable future - was held virtually this year, due to the continuing global pandemic.